No, Capcom Is Not Teasing Resident Evil 4 Remake

Fans are feverish over a recent tweet by the official Resident Evil account that they are attempting to link to the rumored Resident Evil 4 Remake.

While we would love for this to be the case, it is not. This is not a tease for the rumored remake of Resident Evil 4. It is far from it actually. Before we explain why let’s take a look at the tweet first.

The thing that threw fans on this chase was the 4 in the tweet. What most people don’t know is that this is from an original file that the players could discover in Resident Evil 1. It is quite famous because it depicted the descent of a normal human into a chaotic zombie that was infected by the T-Virus.

The original file was a diary of one of the keepers in the mansion in the classic Resident Evil. It had entries for every day beginning May 9, 1998. It is titled Keeper’s Diary. This was a key point in figuring out how the T-Virus outbreak occurred and when it started to infect others. In a period of just 10 days, the writer begins to experience the infection spreading through his body and wondering why all these horrible things were happening to him. 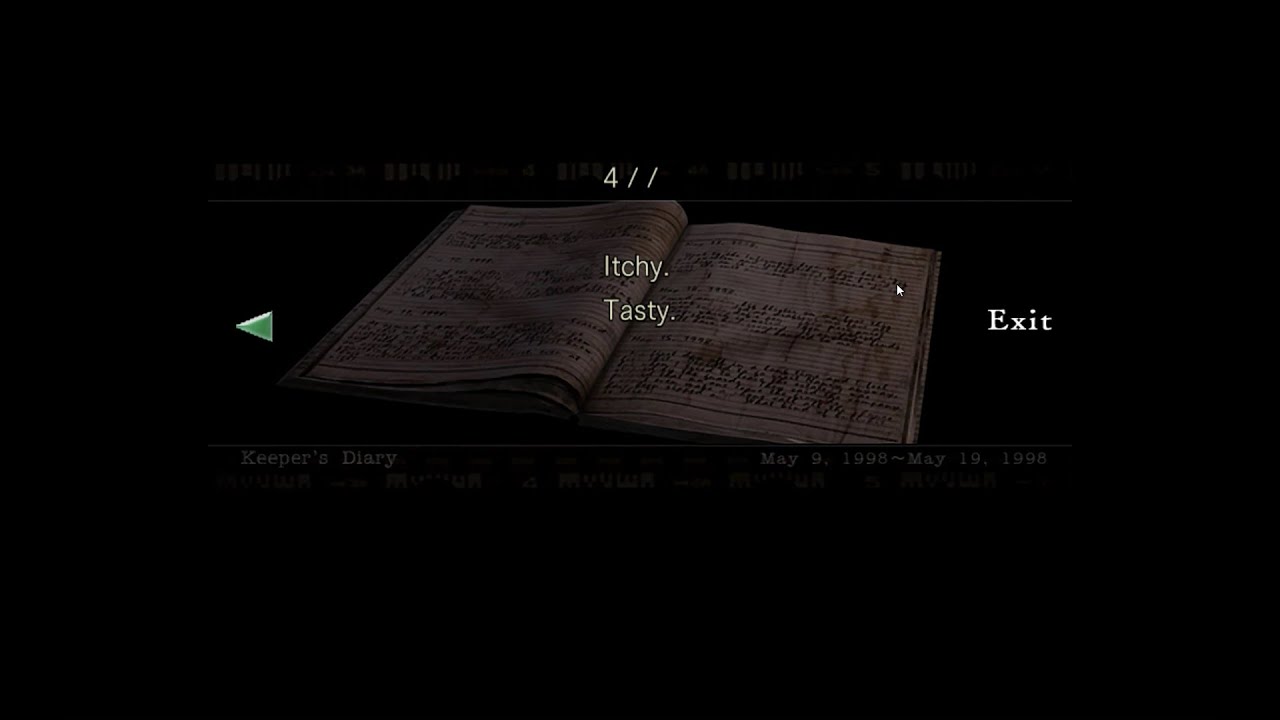 The diary ends with the two last entries which mention that while the writer had recovered from a fever, he was now itchy and hungry. He mentions killing one of his colleagues.

So the tweet by Capcom was simply referencing this classic line in the original Resident Evil. It is not a reference to Resident Evil 4 Remake, even if there is one actually in development.