With just a few more days to go until the release of Persona 5 Strikers, the publisher Atlus has released a brand new trailer for their game.

It’s titled the ‘All-Out Action’ trailer, and it’s really not hard to see why. The video is focused purely on showing off the new flashy gameplay of this latest entry in the franchise, with a number of different characters getting to show off their individual skills and abilities.

The video is dense but pretty short. You can check it out for yourself below.

We’ve also previously gotten a look at each of the editions the game will be available in:

If you pre-order the game ahead of launch, you’ll also get a unique Joker pin. But this is only available at GameStop in North America and some select outlets in Europe. 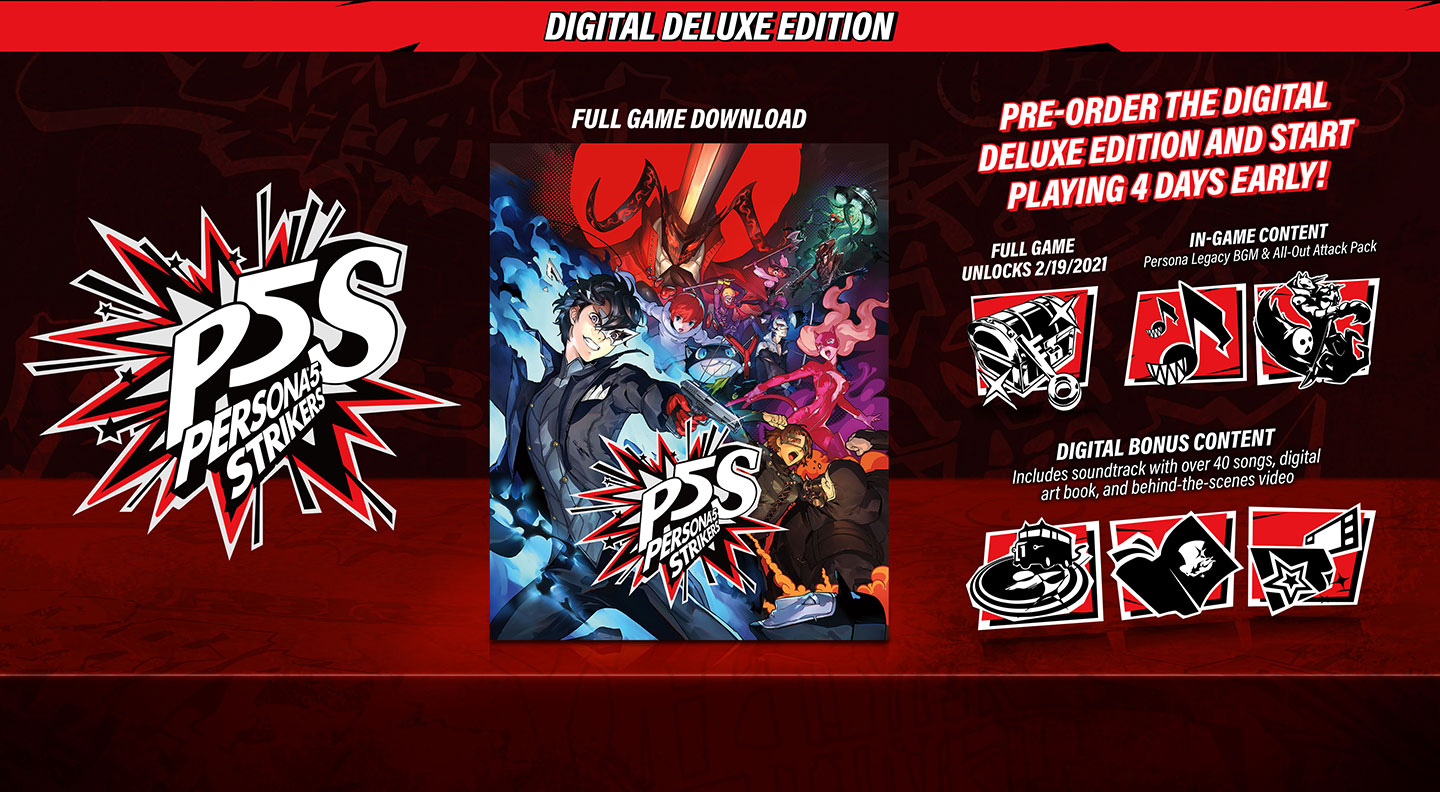 Persona 5 Strikers is coming to the PlayStation 4, Nintendo Switch, and the PC on February 23rd, 2021. This new game is a crossover between the Dynasty Warriors franchise and the critically acclaimed Persona 5.

While you’re here, why not also check out our review of Persona 5 Royal.