On the surface, Persona 5 Royal is to Persona 5 what Persona 4 Golden was to Persona 4. It’s a traditional re-release of an already successful entry in Atlus’ flagship RPG series. However, the hefty chunk of new content and a multitude of additions and refinements woven through the core gameplay set it apart from past re-releases.

The well-established JRPG series is known for its unique social elements that are integral to the overall experience. Each iteration follows a fresh cast of school-going teenagers who live through everyday routines, while also tackling otherworldly dungeons and the mysteries that surround them. The series is well-known for its great writing and likable characters, each of which come with their own set of fascinating backstories that are unraveled via the aforementioned social bonds you forge with them during the course of the game. 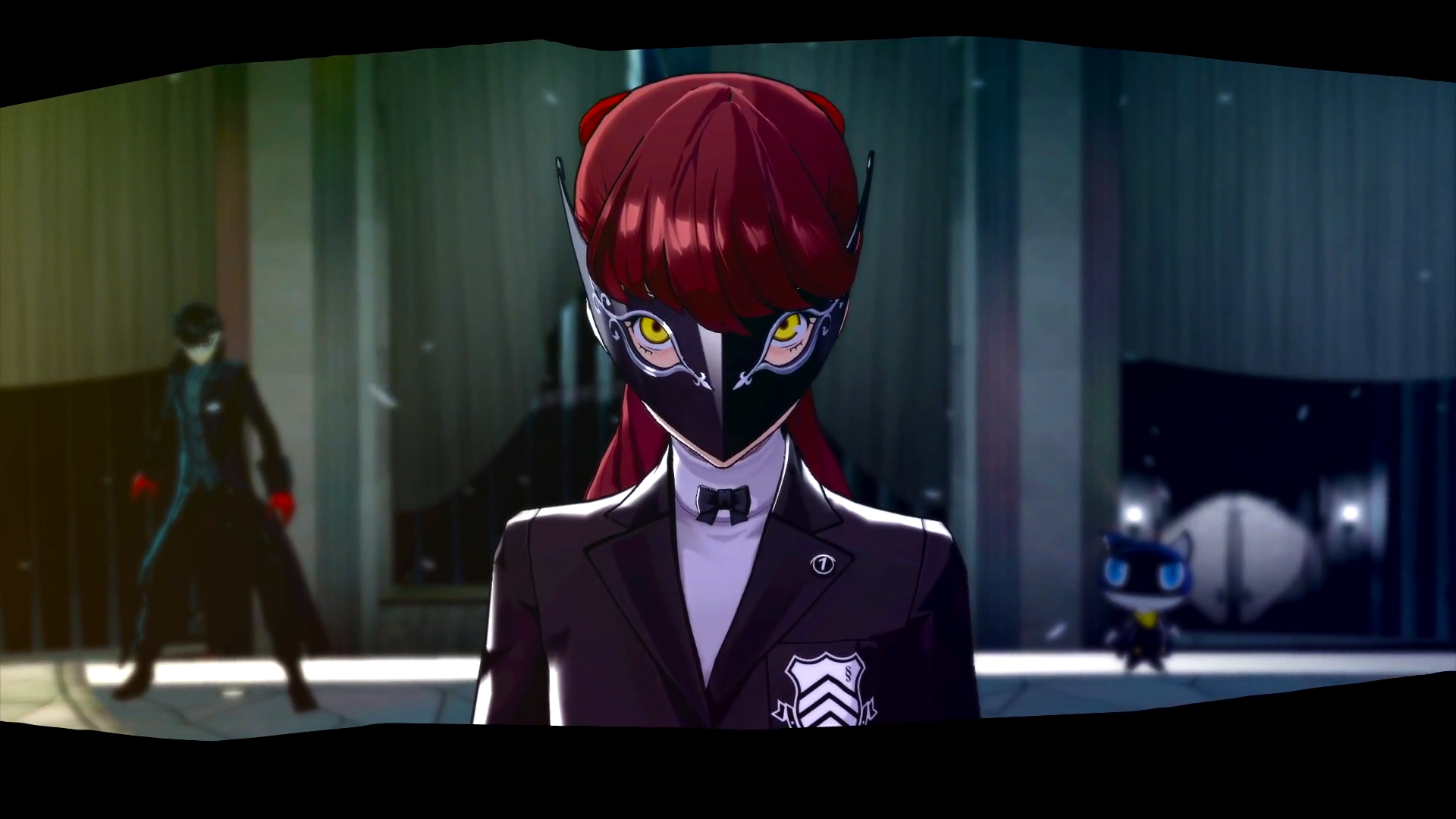 Set in the city of Tokyo, Persona 5’s story begins with some unusual circumstances. Things get dark from the get-go, as the protagonist is charged with assault and put on probation. He is therefore made to transfer from his previous school over to Shujin Academy, where he’s treated as an outcast due to his criminal record. Nevertheless, he manages to make a bunch of friends at school, who later become a part of his group of Phantom Thieves. Together, they’re devoted to taking the hearts of corrupted adults in order to reshape society for the greater good. The very first story arc features mature and unsettling themes that set the tone for things to come.

Persona 5 Royal adds a new student at Shujin Academy called Kasumi Yoshizawa, who is known for her expertise as a gymnast. Not only does she join the Phantom Thieves as a playable character, but she also comes with her own story arc. Moreover, there’s also an additional semester crammed into the yearlong school schedule. 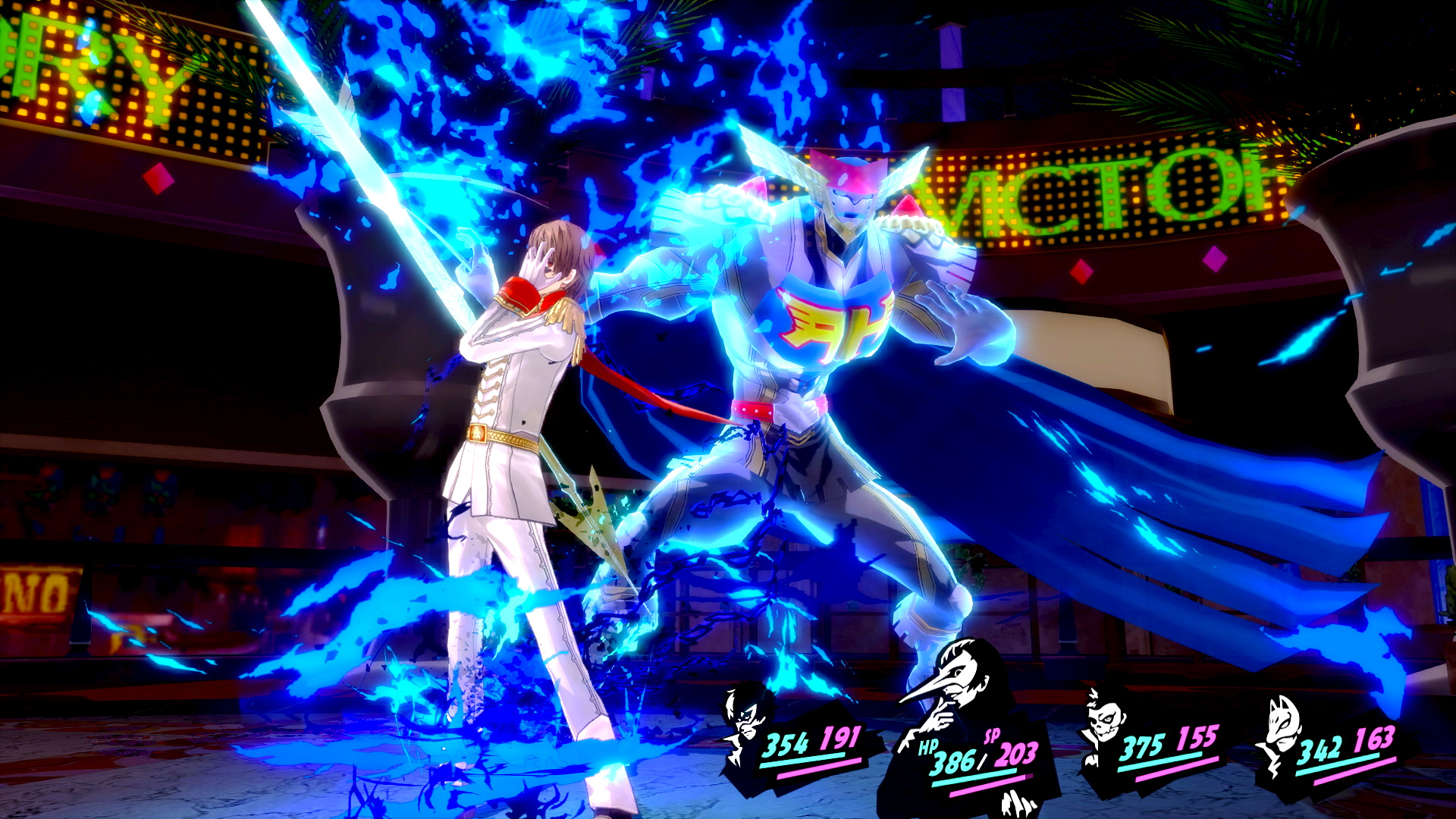 While all of the prominent NPCs you encounter receive full voiceover treatment, the protagonist remains silent for the most part. Your social link with other characters is dictated by the dialogue choices you make when engaging them in conversation during key events. Improving your social link with characters gives you a unique stat boost and also unlocks new skills in battle. You’re free to choose which characters to spend a greater amount of time with and, therefore, shape the progression of your skillset.

Previous entries in the series offered a limited number of areas to explore outside of the school. Persona 5 was the first game to offer denser and richer city regions to explore. Persona 5 Royal takes things one step further by adding a new area called Kichijoji. It’s the biggest location featured in the game and is filled with several worthwhile activities. There’s a club that offers avenues for new social and bonding events. There’s also a darts mini-game and a jazz bar featured in this region, the latter of which can grant stats boost to party members. 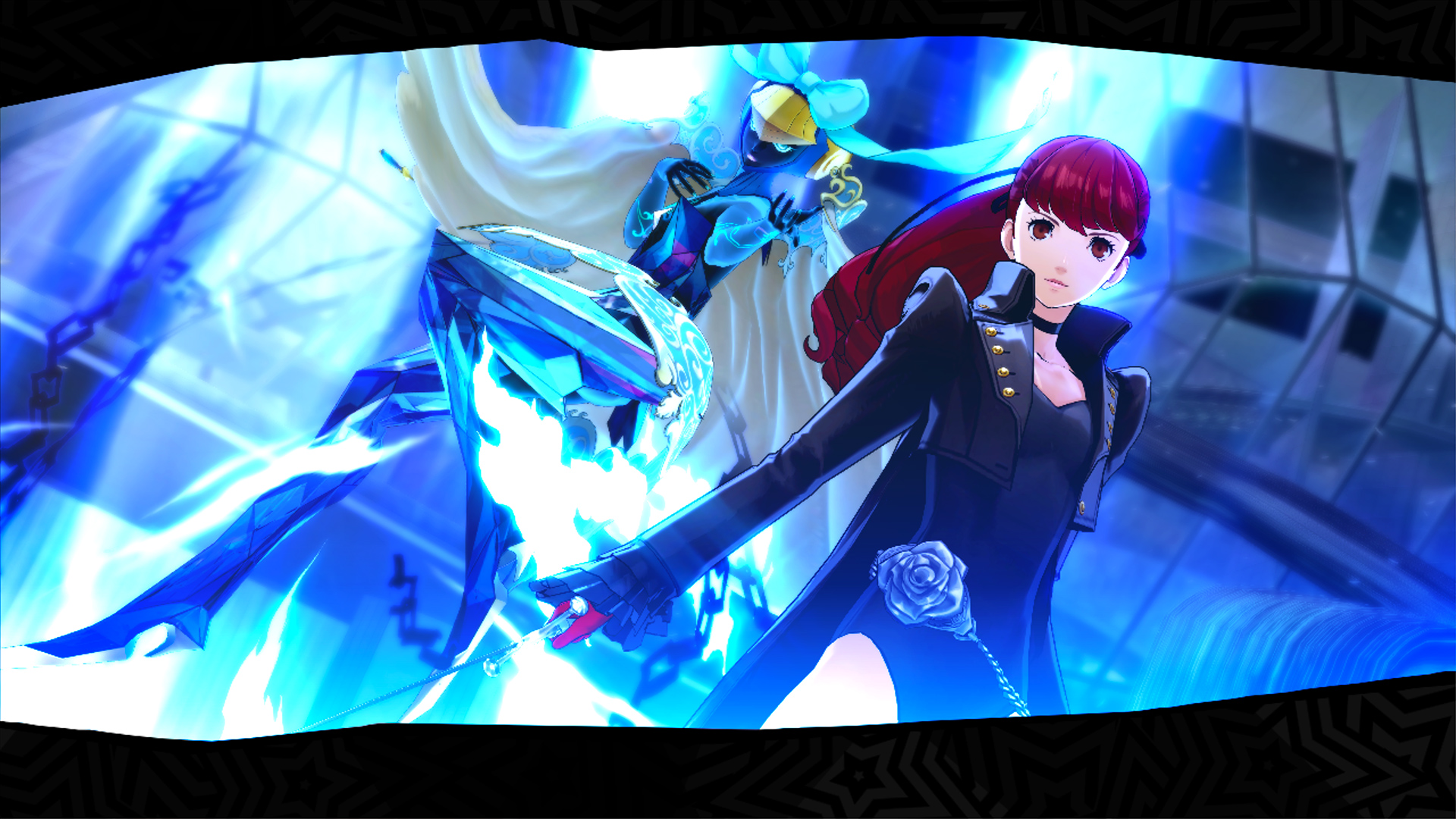 Persona 5’s dungeons were already a vast improvement over previous iterations, with map layouts that aren’t overly repetitive. Each one boasts a unique aesthetic theme that plays into the ongoing storyline. Exploration is a more complex affair in comparison to previous entries, as the dungeons are more elaborate and interactive. Hopping from cover to cover and stealthily approaching nearby enemies gives you the opportunity to ambush them and gain an advantage during battle. You’ll also encounter various obstacles along the way, for which you’re provided a bunch of useful tools/skills. Detective vision, for example, reveals hidden objects and key locations to you. New areas have been added to some of the dungeons in the re-release.

New to Persona 5 Royal is a brand tool in the form of a grappling hook. While it does appear to be a tacked-on feature at first, the dungeons have been reworked to give it some meaningful utility outside of just being an excuse to swing across areas in style. Not only does it give you the opportunity to discover areas that you simply could not have reached previously, but it also gives the dungeons some verticality and provides you more tactical options for stealthily avoiding or ambushing enemies. 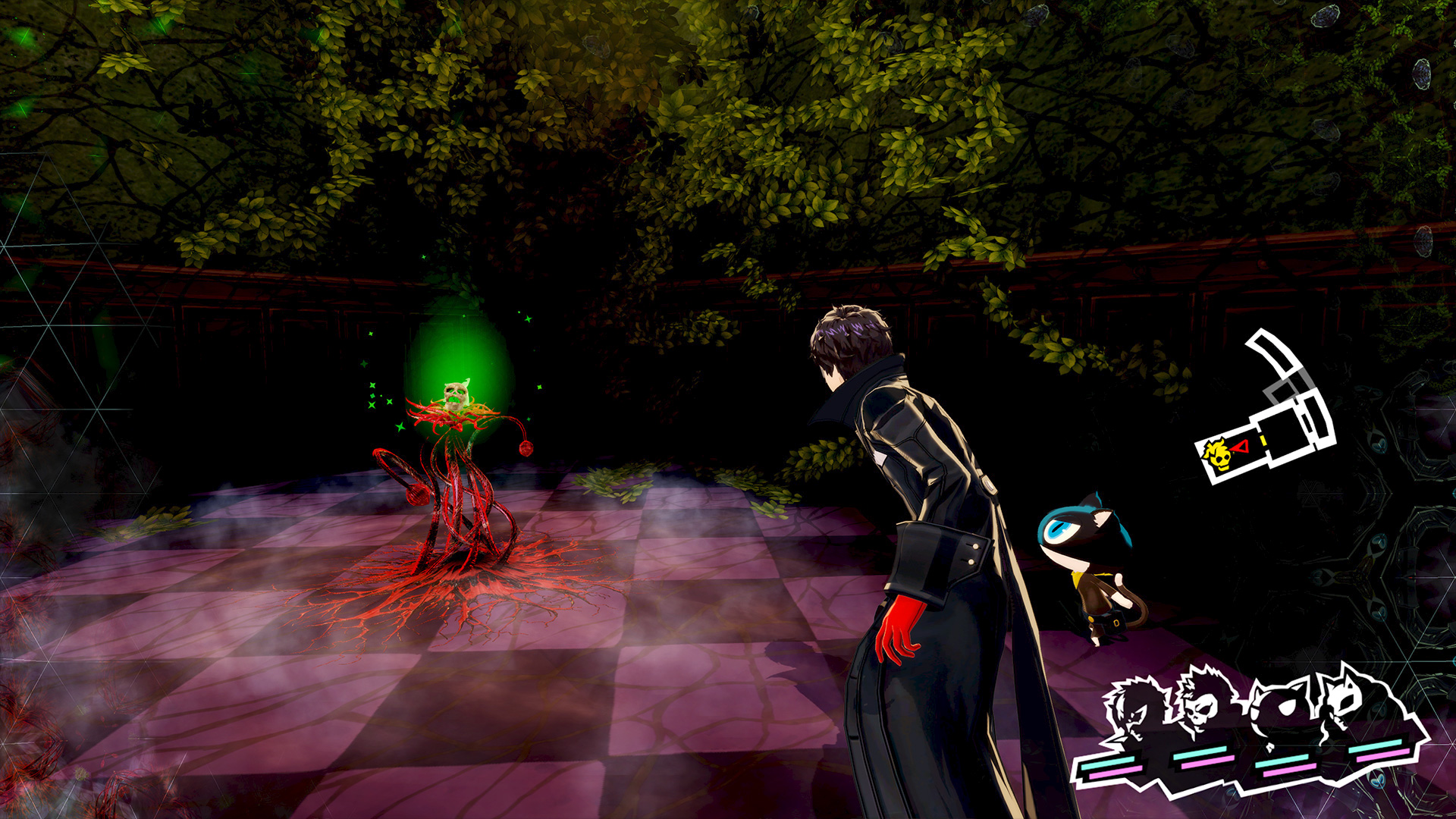 The randomized dungeon from Persona 5 known as Mementos has been expanded with new side quests for the re-release. The dungeon floor layout is now more complex and there’s more room for exploration. There’s also a shop here that exclusively sells certain items that aren’t available elsewhere. You can also collect and use stamps to alter various aspects of the dungeon’s rulebook.

Much like the rest of the game, the turn-based battles have also received additional quality of life changes in Persona 5 Royal. The ability to summon personas during battles has traditionally been a mainstay in the series. You’re able to capture personas during a battle and fuse them in the Velvet Room to form potentially more powerful (or weaker) personas. The re-release adds new personas, weapons, armor, accessories, and items for you to collect. Each of the Phantom Thieves can now unleash a powerful Showtime attack, which is essentially a fancy name for super moves. Weapon ammo for each character is now refilled after each battle, giving them more relevance in battle. You’ll also encounter several new enemies and bosses. Existing personas and enemies have been rebalanced with respect to their stats and abilities. Bosses, in particular, are given a considerable overhaul, with new phases or mechanics. The main boss of the very first dungeon now has subordinates that offer them assistance. 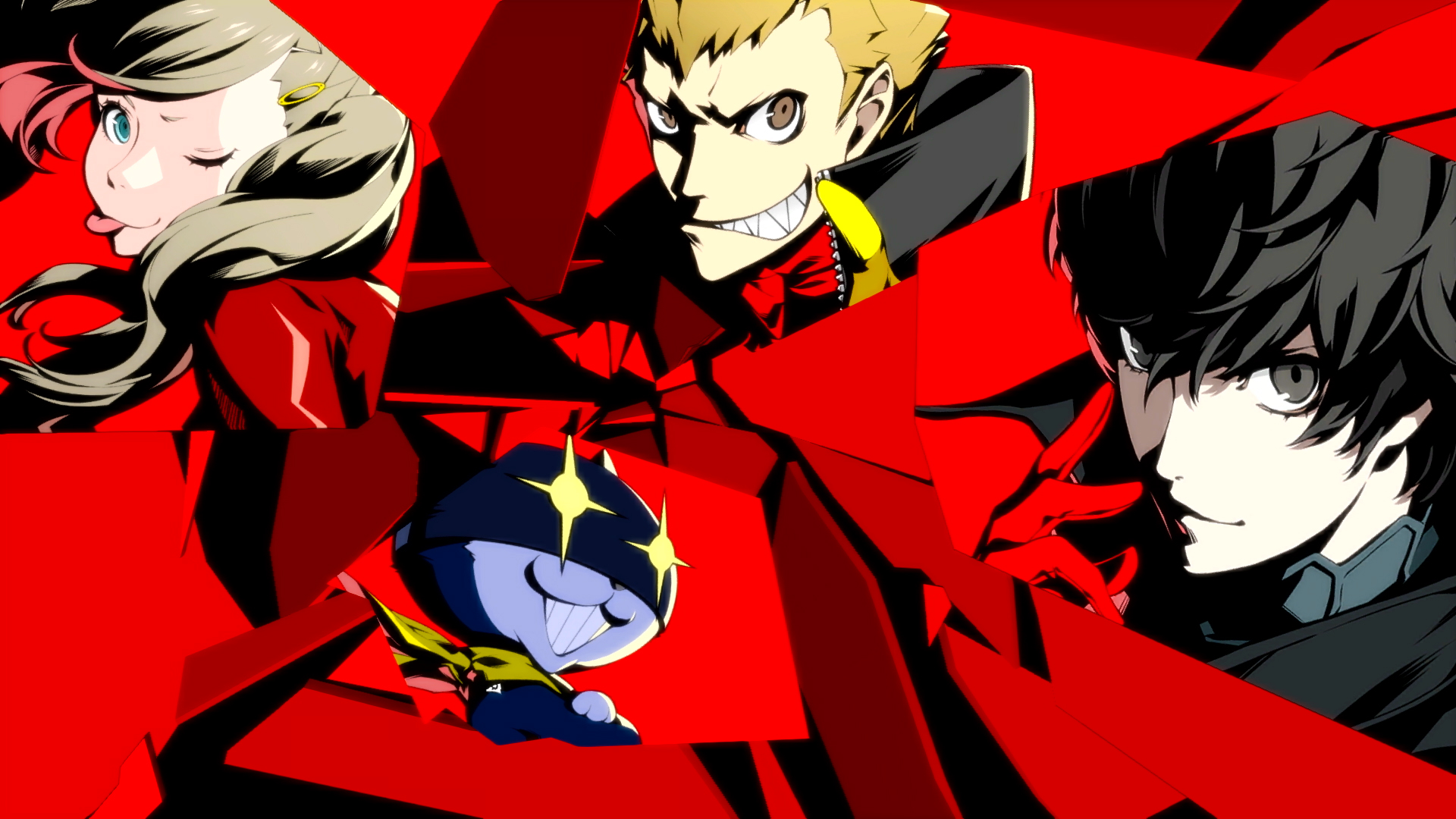 From an audiovisual standpoint, the original Persona 5 boasted a stylish aesthetic and hip soundtrack. Persona 5 Royal builds upon that foundation with some subtle but neat additions. The dialogue text and window have both received an overhaul, with a new text font and visual effects. Character portraits depicted during conversations have also been updated with new artwork. There are also seasonal weather effects that play out depending on the in-game time period. PS4 Pro support has also been added to Persona 5 Royal, allowing the game to run at a native resolution of 4K on the enhanced console. Lastly, the re-release also adds several new animated cutscenes and music tracks.

Persona 5 Royal is true to its name; it’s a love letter from Atlus to Persona 5 fans. Just about every aspect of the original has received the royal treatment, therefore improving the overall experience in a substantial manner. Then there are hours of new content, which is worthwhile in its own right. It’s essential for RPG enthusiasts who have yet to experience the original, but the amount of fan service here also makes it worth checking out for series veterans looking for a reason to hop back into the lives of the Phantom Thieves.

Persona 5 Royal is a love letter from Atlus to Persona 5 fans. It’s essential for RPG enthusiasts who have yet to experience the original, but the amount of fan service here also makes it worth checking out for series veterans.