Dragon Ball Z Kakarot Update 1.06 Is Out, Get The Details Here

Bandai Namco had announced a time machine update for DBZ Kakarot that will be available later this month. This update is reportedly out now in the Asia and Japanese regions for the game. It should be available for the rest of the world later today.

So what exactly is included in the time machine update? It is part of Dragon Ball Z Kakarot update 1.06 which includes some bug fixes in addition to the new content. The update size is a little over 1 GB on PS4. 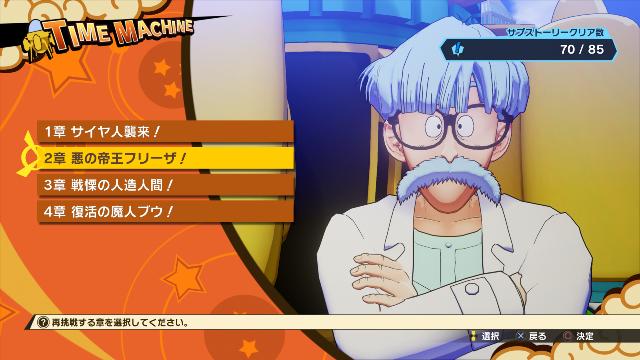 According to an update on the official website, screenshots were released showing the time machine quest. It basically allows the user to travel to the past and clear any of the previous stories or play an uncleared sub-stories.

The game is also set to receive its first set of DLC later this Spring. It is a part of the season pass for the game which was bundled with the Deluxe edition.

Update: DBZ Kakarot update 1.06 is out now in the USA and Europe. Here are the full patch notes in English.

Read More: No Man’s Sky Update 2.33 Is Out, Get The Details Here

DBZ Kakarot is available now for PS4, Xbox One, and PC. The game was developed by CyberConnect2 and published by Bandai Namco.

One-Punch Man: A Hero Nobody Knows Review – Style Over Substance