PlayStation has improved the curation of new games on the PS Store for PS5, making prominent releases more visible to its users.

The PS Store will now default to the “Best Selling” selection of games in general, allowing user view the most popular new titles at the top of the list under the “New Games” category, as seen in the screenshot below. 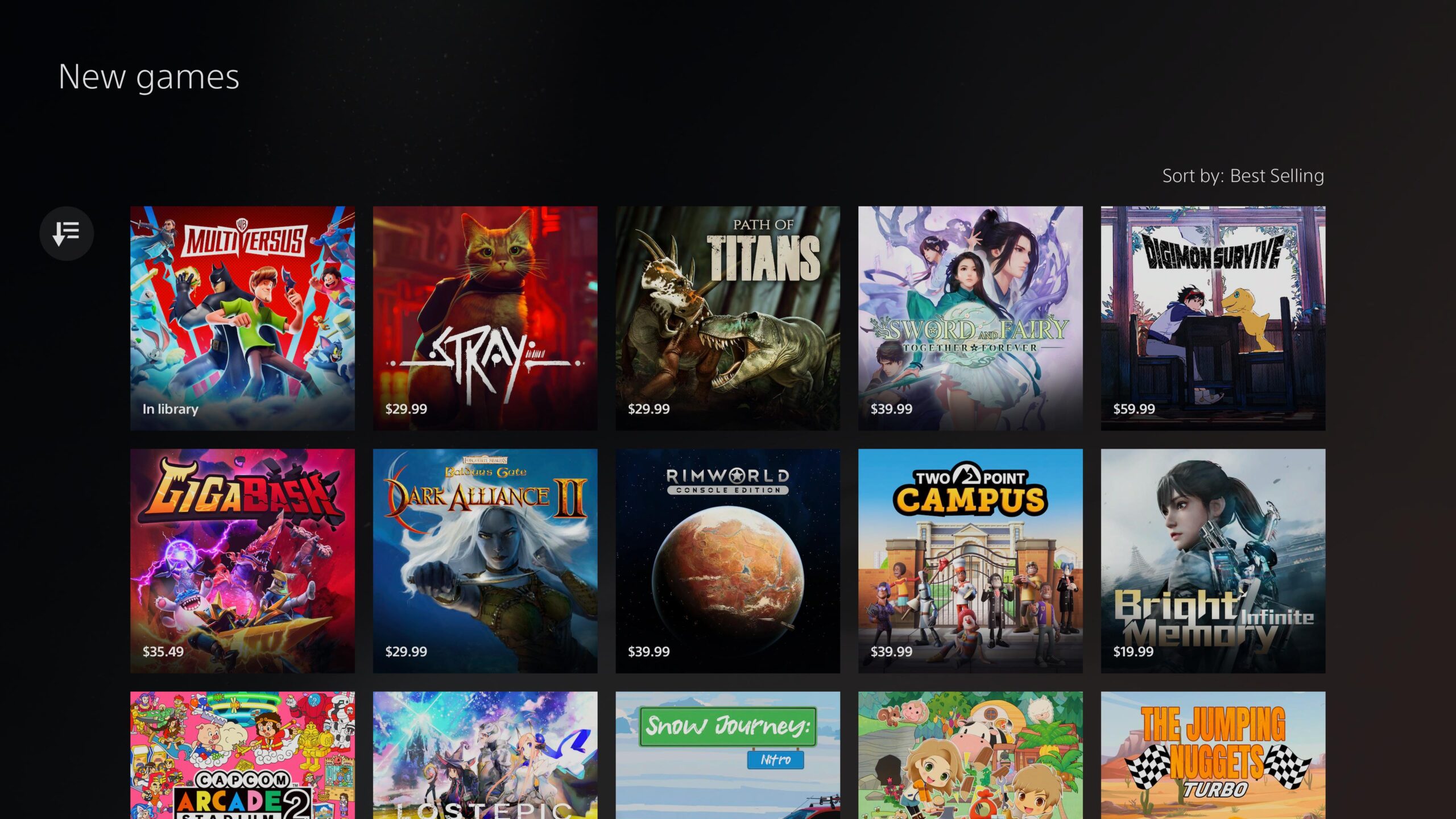 Other popular storefronts, such as Steam, have faced similar issues, and they have improved the state of things by employing a more efficient sorting criteria, just as Sony has now done for the PlayStation Store.

For the uninitiated, the PS Store has gone through several design changes in the past. A revamped version of the original PlayStation Store was released on April 15, 2008, through a firmware update, in response to comments from numerous PSN users. The previous Store’s web-based design was replaced with a new OS-based design that allowed the Store to process information more quickly. During Sony’s E3 2009 press conference, a small update to the store was released, after which the navigation sounds were changed and the top page’s pictures, along with their links, rotated more frequently.

The PlayStation Store underwent a significant redesign that included a new search function and revised navigation in September, 2012. In order to make it simpler for users to find what they’re looking for, the redesigned store had been created to combine game and video content. Instead of having separate categories for things like add-ons, themes, and other downloadable content, content will be integrated into each game’s listing. This design placed less emphasis on text and instead used high-quality artwork and fluid animations to highlight featured content.

The PS4 version of the PlayStation Store was released on November 15, 2013, simultaneously with the console’s release. It had the same overall layout and user interface as the PS3’s storefront, though the color scheme had been changed from black to blue to match the console’s own theme.

The PlayStation Store became accessible through a web browser back in January 2013. The online store allowed users to buy content for the PlayStation 3, PlayStation 4, PlayStation Vita, and PlayStation Portable, which they could then download, or place in a download queue, via their respective devices. Meanwhile, the “Wishlist” option was added in October 2015.

The PS5 version of the PlayStation Store went live alongside the console on November 12, 2020.

PlayStation Store Update Allows You To Get Notification When a Game Goes On Sale
Greg Martin November 11, 2021