PlayStation Now subscribers can get Nioh, Jump Force, and Streets of Rage 4 as part of the May 2021 games lineup. Get the details here.

For the month of May 2021, they have revealed that the following games will be available on the service. 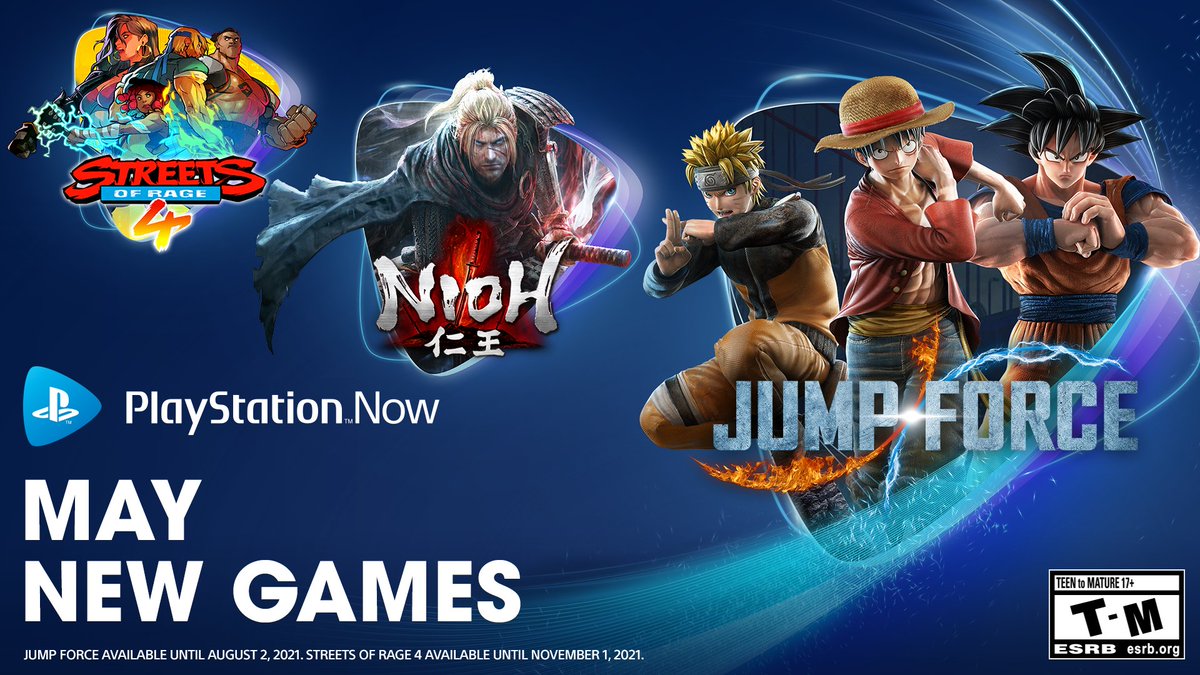 Jump Force is a fighting game featuring characters from the popular weekly Shonen Jump. It was developed by Spike Chunsoft and published by Bandai Namco. NiOh is a hack-and-slash game from Team Ninja that is known for its difficulty level. It was published by Koei Tecmo. Streets of Rage 4 is the successor to the cult-classic Sega IP developed by LizardCube.

PlayStation Now has started rolling out support for streaming 1080p compatible games (requires a minimum internet bandwidth of 15 Mbps) on PC and PS4/PS5 consoles. The release will take place over the next few weeks in Europe, the United States, Canada, and Japan, where PlayStation Now is open. Depending on your internet access, the game streaming resolution can differ.

PS Now has three membership options to choose from: $9.99 every month, $24.99 every three months, or $59.99 per year. In addition to offering PS4 games, subscribers can also stream the older PlayStation consoles with various titles from the PlayStation 3 library available on the service.

Previous Article
Call of the Sea Rated For Nintendo Switch In Taiwan
Next Article
Nier Replicant ver.1.22474487139 Review – A Remaster Worthy of its Successor