Sony has officially detailed the PS Plus February 2022 games lineup bringing a total of three games to all PS Plus subscribers in the next month.

UFC 4 is one of the offerings for February 2022 in addition to Planet Coaster. The bad news is that Planet Coaster Console Edition is available for PS5 only while UFC 4 will be playable on both PS4 and PS5.

This brings us to the last PS4 game in the lineup which is Tiny Tina’s Assault on Dragon Keep: A Wonderlands One-shot Adventure. This lengthy named title is essentially a prequel to the upcoming game set in the Borderlands universe. The name is confusing enough to think that this might be the new game that is coming later this year, but it is not. 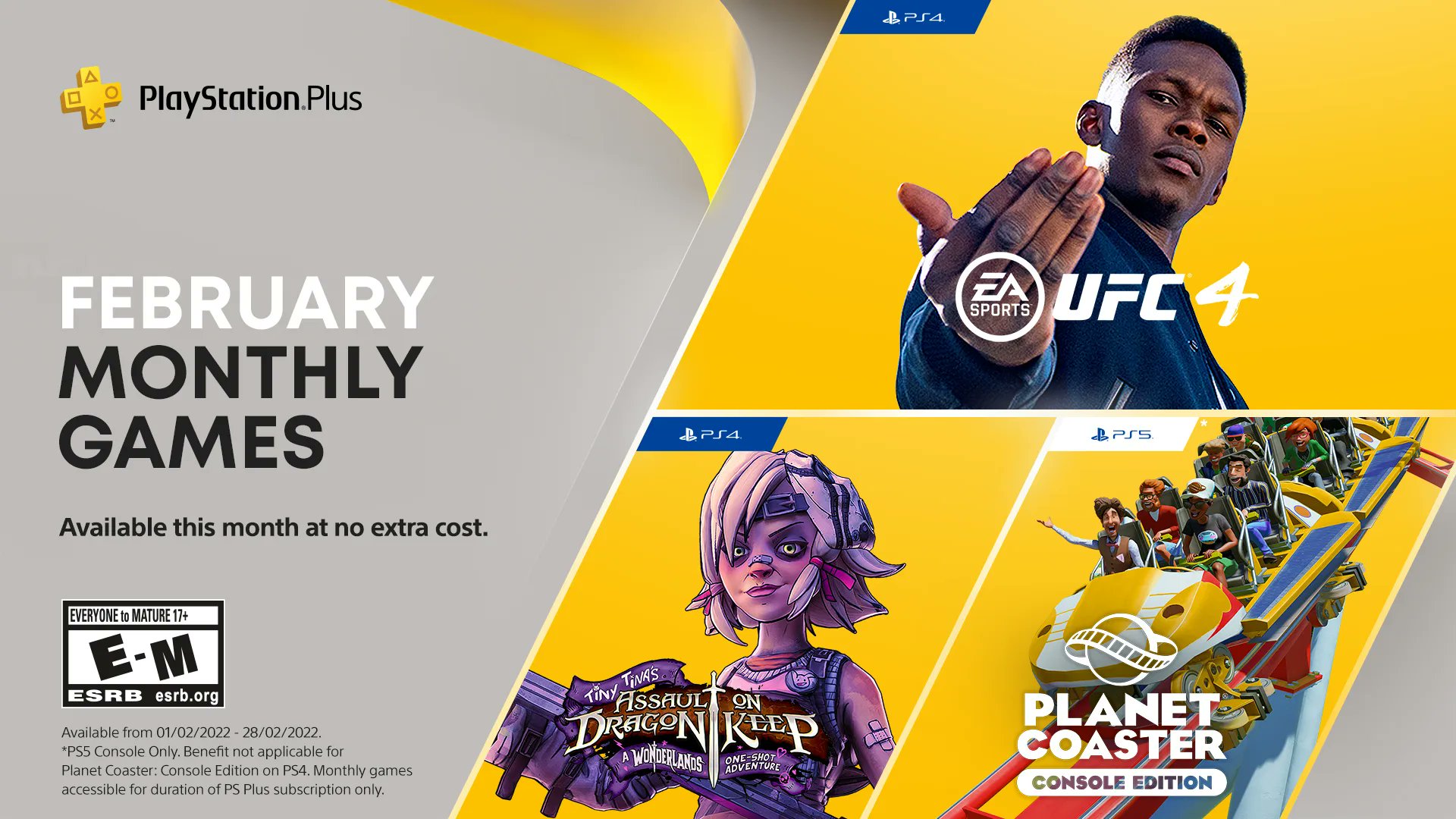 Here is the complete PS Plus games lineup for the upcoming month.

The good thing about backward compatibility is that you will be able to play the PS4 games on your PS5 thus giving you three games next month. The bad news is that this means there is no Planet Coaster: Console Edition for PS4 owners.

Let us know what do you think about the PlayStation Plus games lineup in the comments below.

Previous Article
Resident Evil Village Has Sold 5.7M, While RE7 Continues To Sell 1M In Its 6th Year
Next Article
Uncharted: Legacy of Thieves Collection PS4 vs. PS5 Comparison: Is It Worth The Upgrade?