Sony has just released the PlayStation 5 (PS5) system software update 22.02.06 once again with some changes.

Sony has essentially re-uploaded the system software update 22.02.06, even though that update has already been available for some time. It has the same version number as the previous firmware update, though the actual ‘PUP’ file is different. The new update weighs in at 1.086 GB. 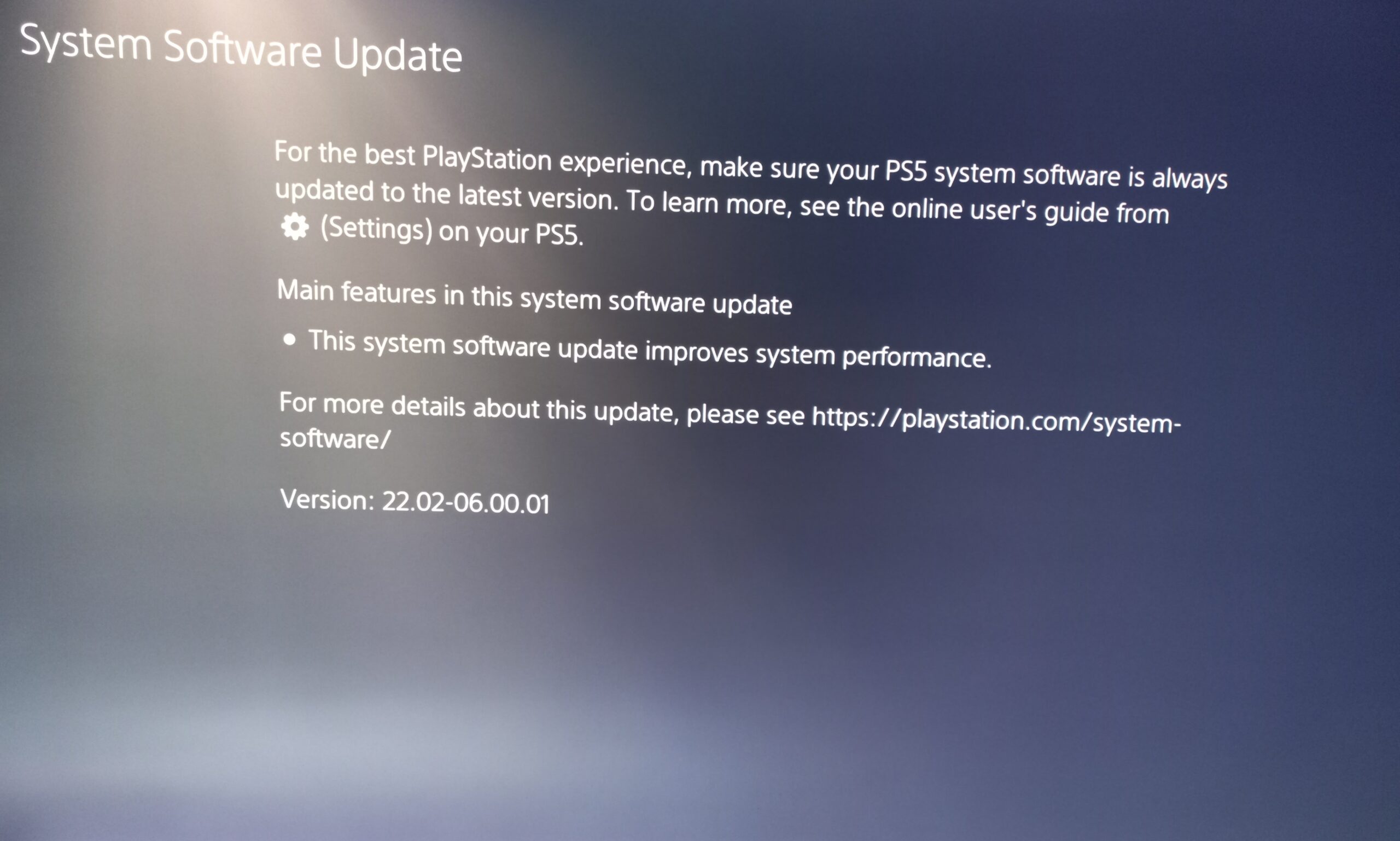 The previous update was released on 07/09/22, and there is no official information available on this new update that was just rolled out. Apparently, this version of the system software is meant to be numbered 22.02.06.00.01.

In addition to 1440p support and gamelists, the previous system software update for the PS5 added brand new social features like the ability to request a Share Screen from a fellow party member, easily view new friends’ profiles, and receive a notification to help you join a friend’s game more quickly from a party chat. Additionally, players could compare 3D audio and stereo audio on the same screen and more easily access in-progress Activities from game hubs.

Those who were looking to run their PS5 at 1440p and take advantage of VRR functionality are out of luck, however. VRR on PS5 currently only supports 1080p and 4K output resolutions, which means running the console at 1440p will block out users from the feature. This will come as a disappointment to those who’d like to take advantage of High Frame Rate modes in several games, where the frame rate is unlocked and runs above 60fps on displays that support VRR. Prime examples of such games are Ratchet & Clank: Rift Apart, Horizon: Forbidden West, as well as the upcoming The Last of Us Part 1 remake.

The PS5 Has Been Jailbroken
Muhammad Ali Bari October 3, 2022

The PS5 Has Been Jailbroken