Resident Evil 2 Guide: Who Is The Tyrant Mr. X and How To Defeat Him?

Resident Evil 2 is genuinely one of the scariest games if you get stuck in a loop where the Tyrant Mr. X is chasing you all over the Racoon City Police Department.

Resident Evil series veterans will recognize the Tyrant but for those who are new to the series, he has a creepy look and he never stops chasing you. To add to the difficulty, you have to constantly be on the move in order to avoid getting detected by him and wasting ammo will only stun him for a short while.

Resident Evil 2 Tyrant: Who Is Mr. X and Why Is He Hell Bent on Killing You?

Umbrella Corporation is the bad guy in the Resident Evil series and in Resident Evil 2, they were the ones who started the whole outbreak leading to the complete city getting infected by their mutated virus. Mr. X is a Tyrant that was created by Umbrella and he was dropped in the city to get the G-virus sample. Unfortunately for both Leon and Claire, he assumes that they have the sample and since he is programmed to chase the G-virus, he is not going to stop no matter how much damage you can do to his body.

Resident Evil 2: Tips For The Tyrant Mr. X and How To Avoid Him?

This Resident Evil 2 Tyrant has a very distinct look with a coat and hat that he wears on his head. He is incredibly powerful and can even break down walls which can actually open up new shortcuts. The only way to actually save yourself is to run. You can try to shot him in the head with something powerful like the Grenade Launcher or Magnum, but they will only briefly stun him up to a certain point. 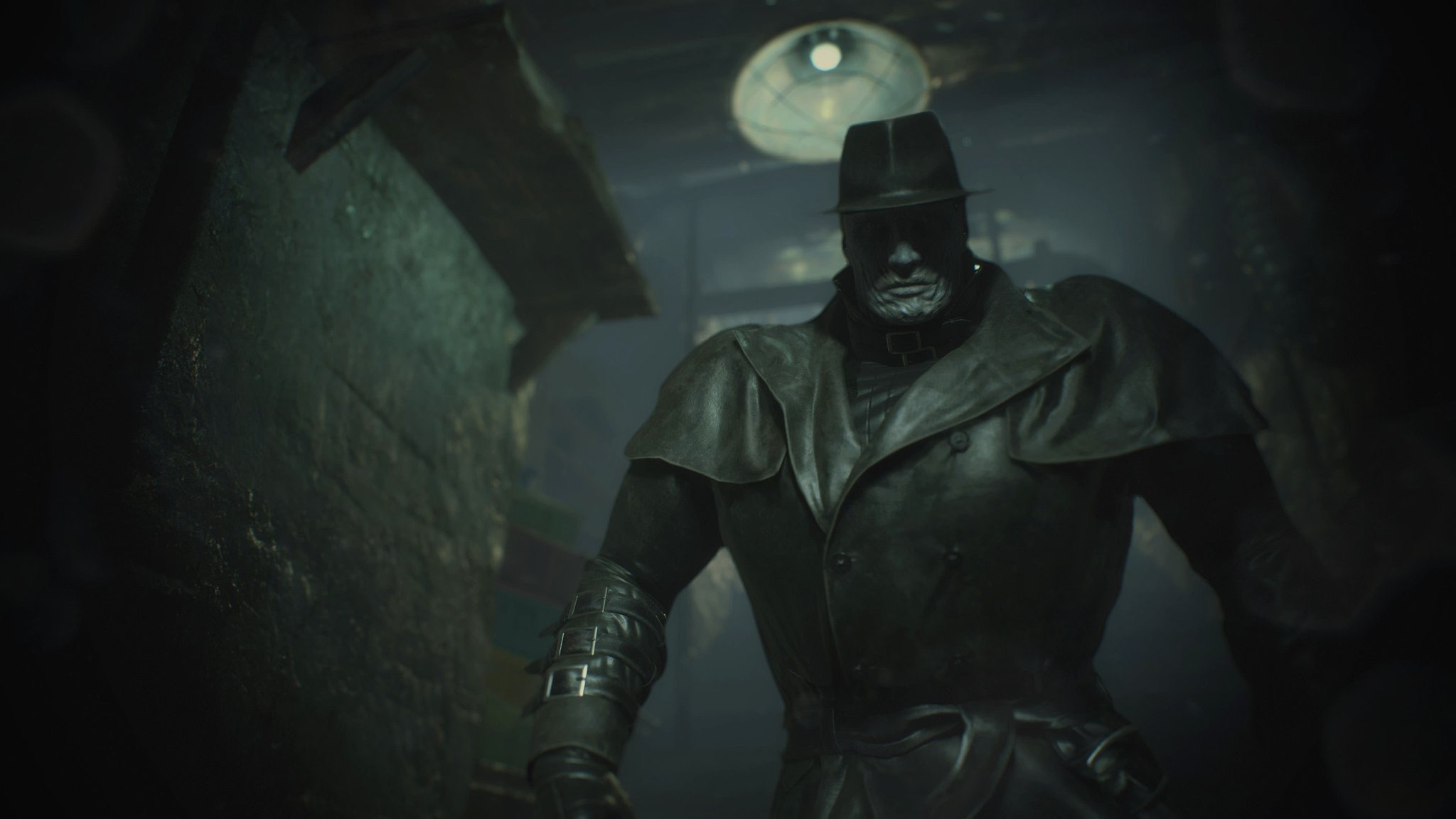 The best way to deal with–the big guy in a coat–Mr. X is just run like hell and avoid engaging in combat with him. You should never get stuck in a dead end when he is tailing just behind your character since it can prove to be deadly, and always make sure that your health is orange and not red just to avoid getting killed on the normal difficulty setting.

Listen to the sound that he makes with footsteps, they are a big enough clue to determine his location. You can also find a couple of rooms that are completely saved from his wrath, but since you are always trying to solve some puzzles, they are useless and only good if you want to take some rest after all the chasing done by Mr. X.

This part of the article contains a spoiler so avoid reading it if you want to find out how the main character is able to beat Mr. X. Anyways, Mr. X will continue to haunt your character until a certain point in the story. This is not really a choice that you can make here and the game basically prompts you to do it. Once you are near the end and almost about to finish the game, it will be possible to get your revenge on Mr. X with a rocket launcher that will be given automatically through the story. Fire it to get rid of the Tyrant once and for all, or maybe not?

If you enjoyed this guide, please read more of our coverage that includes Resident Evil 2 all safe, codes and lock solutions, details on Resident Evil 2 samurai edge location and their difference and information on the Resident Evil 2 difficulty modes.