Riders Republic is not Ubisoft’s first foray into the world of extreme sports video games. Steep, their last endeavor, was a live-service game that featured some extreme winter sports. While Steep did not achieve widespread popularity, Riders Republic appears to be an obvious successor to Steep. It also draws inspiration from The Crew, an open-world racing game by Ubisoft with a similar reality television-style format.

Riders Republic should be a treat for fans of extreme sports. It’s well-made, has a tonne of content, and includes a lengthy campaign that takes you through the distinct athletic genres that range from something simple like mountain biking to something crazier like rocket wingsuit. The lengthy campaign also allows you some customization, from the vehicles to the riders themselves.

It is clear from the start that this is a large-scale project. Not only do you get a fantastic single-player option, but you can also participate in online multiplayer matches, including a mass race that pits lots of players against each other. This is particularly felt on the PS5, PC, and Xbox Series, where you are allowed more than 50 people, whereas the last-generation consoles are limited to 20. While it may seem fantastic from the description, the reality of such races is that they are chaotic, but that is also part of what makes them feel interesting to experience since nothing like this has ever been attempted in a big game to my knowledge. 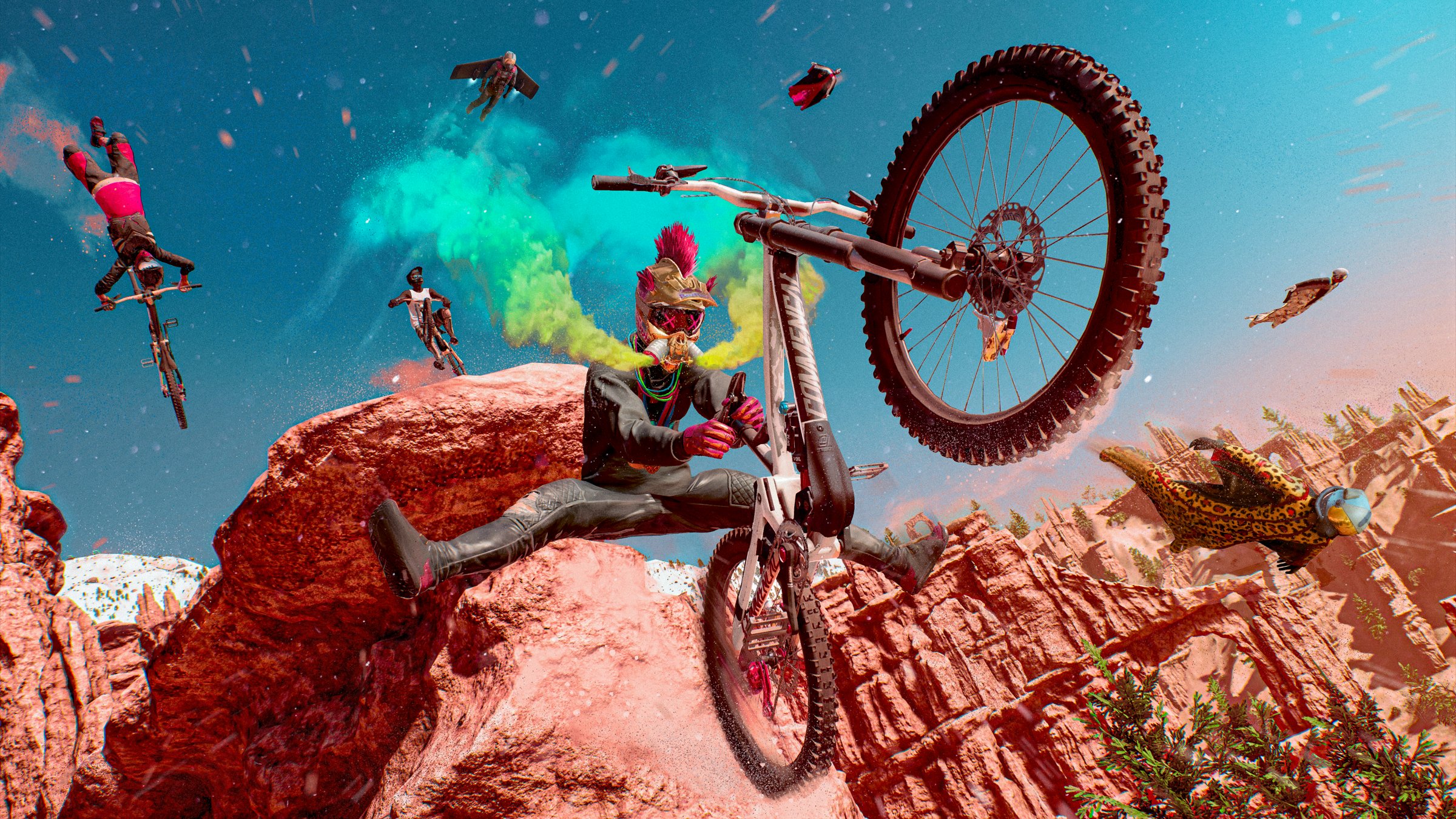 After a long absence, it was fantastic to finally have a good arcade-racing experience. These games used to be plentiful throughout the PlayStation 2 generation, but their appeal, if not their demand, has diminished. The ever-increasing development expenses don’t help, but they’re still severely missed on the current generation of consoles. Riders Republic attempts to satiate some of these thirsts and replace the void left by these games. While it does not provide a flawless result, it is quite near.

For a game of this magnitude, the basic gameplay would be crucial as well. Ubisoft has spent a significant amount of time fine-tuning the gameplay to ensure that it is great to experience, and it certainly feels that way. The controls are simple to understand and give plenty of choices for pulling off tricks that help you earn more points, whether you are bicycling down the mountains, skiing on a snowy slope, or launching yourself into the air with a rocket wingsuit. All of this forms the foundation of the campaign, which allows you to traverse a huge terrain with a variety of challenges dispersed across it. 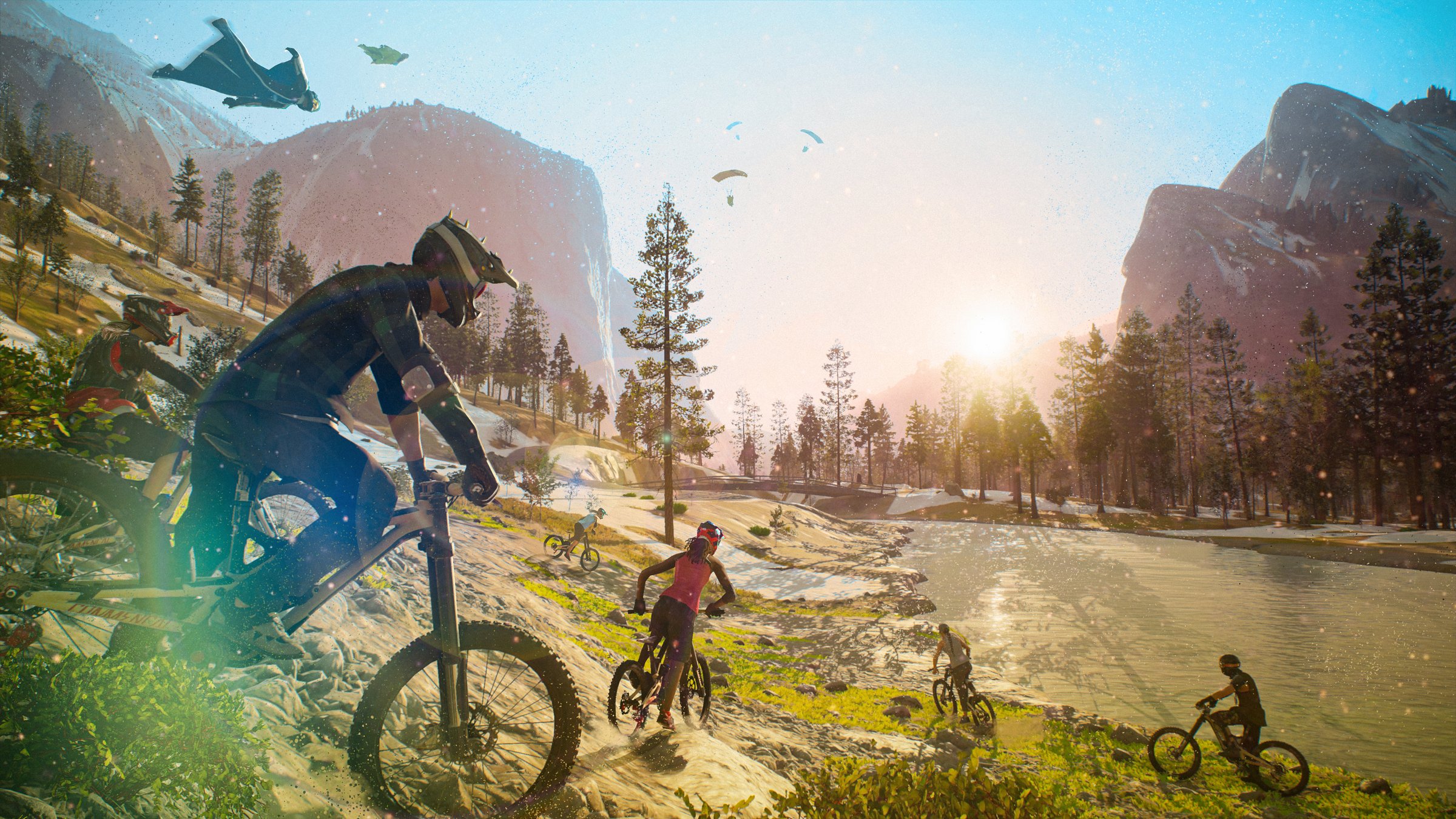 The game’s reality television-style presentation never clicked with me, but it was the same with The Crew. Forza Horizon, on the other hand, is a different beast, and I wouldn’t place it in the same category. Cutscenes provide glimpses of the main narrative or background explanation around the events, although they are seldom really enjoyable to watch. They simply set you on a mission and introduce some people who try to infuse some dry humor into the monotonous discourse.

However, the progression system and gameplay are both excellent. The game is not easy, and some of the races may be nerve-rackingly difficult, but this drives you to improve your skills to obtain better gear to utilize in races. There are some RPG-lite aspects, like a level-up system that places you on a professional level divided among the several sport categories. This unlocks new challenges to undertake, so it keeps you occupied while still delivering interesting rewards. 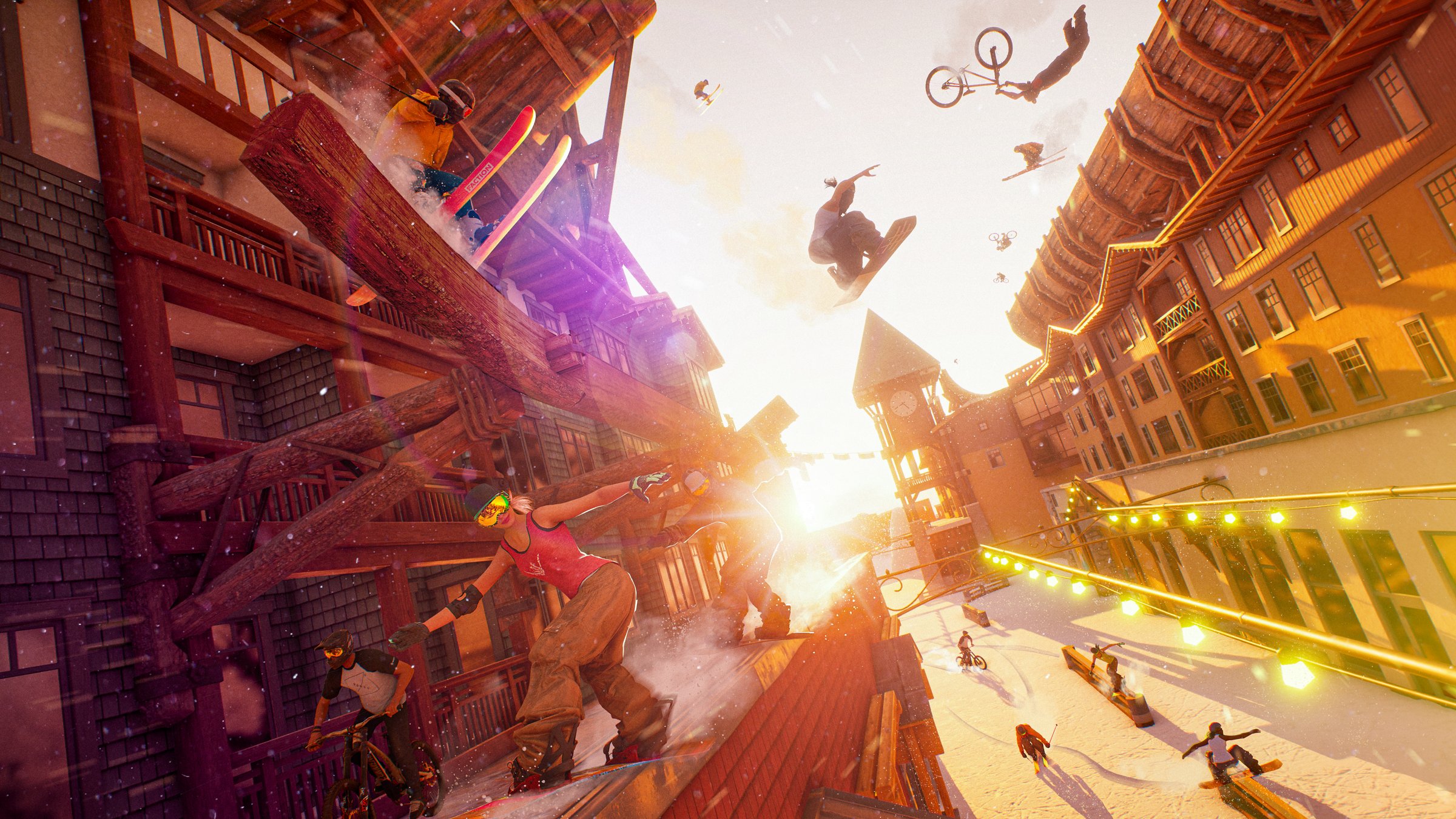 Riders Republic is never a dull game. You’ll always find something to do in it, and you’re not bound to one particular activity. There is so much content to consume on the world map that it is conceivable to get open-world fatigue. This issue has also been reported in earlier Ubisoft games, however, whether this is a positive or negative thing is up to you to determine. At the very least, you won’t have to wait for updates to add any new content after the game has launched.

The multiplayer is also great, but I wouldn’t go so far as to say it’s flawless. When it works, you get some genuinely fantastic matches, especially in Mass Races with more than 50 participants. As I previously stated, these races are chaotic, but not only on the surface; they also have technological issues. Consider them an ambitious event with a huge number of real players, the outcomes of which are frequently funny. It is also possible to a game crash during races, and clipping issues are common, although I understand why this may be the case given that this is a one-of-a-kind mode in its current condition. 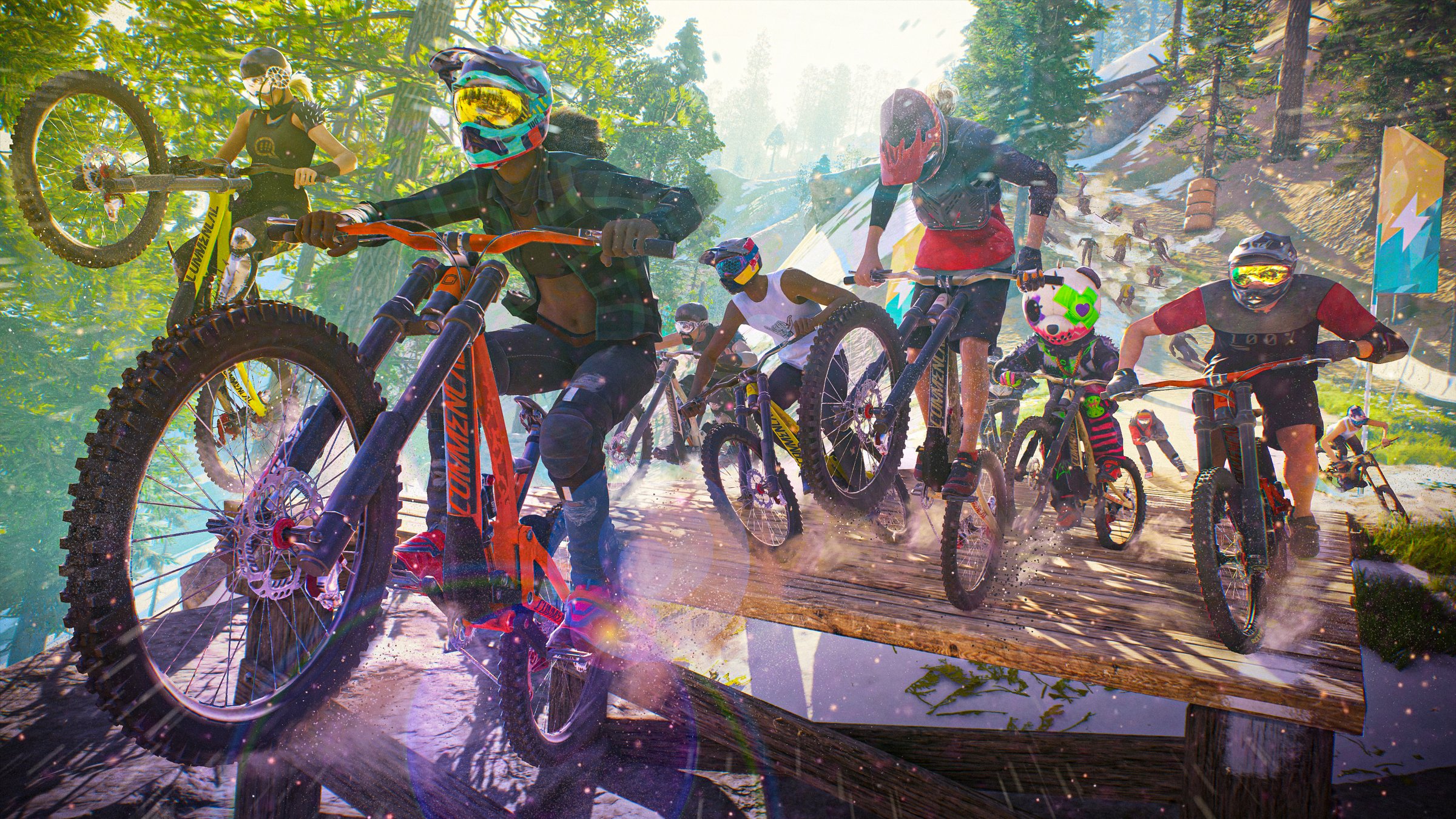 Speaking of which, the game runs flawlessly on a PlayStation 5. The open-world load times are second to none, allowing you to quickly move to any location without having to wait for a long loading screen. The game operates at a smooth 60 frames per second on the PS5, with support for up to 4K resolution. It also appears to be colorful, with many brilliant and beautiful scenery. You will do well to see more than 40 landmarks, but they will undoubtedly consume a significant amount of your time. Overall, the replay value is fantastic.

Riders Republic is unquestionably a one-of-a-kind sports game with an exciting idea that feels like it will carry on for a long time.