Sniper Elite started as a tactical shooter that exploded into popularity after the “X-Ray Kill Cam” made its debut in Sniper Elite V2. It was further refined in the sequels but as the first introduction to this new mechanic, Sniper Elite V2 remains a cult classic. The one thing that the game never needed though was a remaster that simply provided a better resolution and frame rate, and this is what has happened here.

On the surface, Rebellion Developments is offering a lot of new features for Sniper Elite V2 Remastered. They are promising revamped graphics, 4K, and HDR support with Photo Mode. Some other additions that might not have as much of an impact include post-launch DLC, multiplayer and new playable characters. Unfortunately, when it comes to remastering Sniper Elite V2, it is not as simple because the game is rather dated especially if you have played the later games. 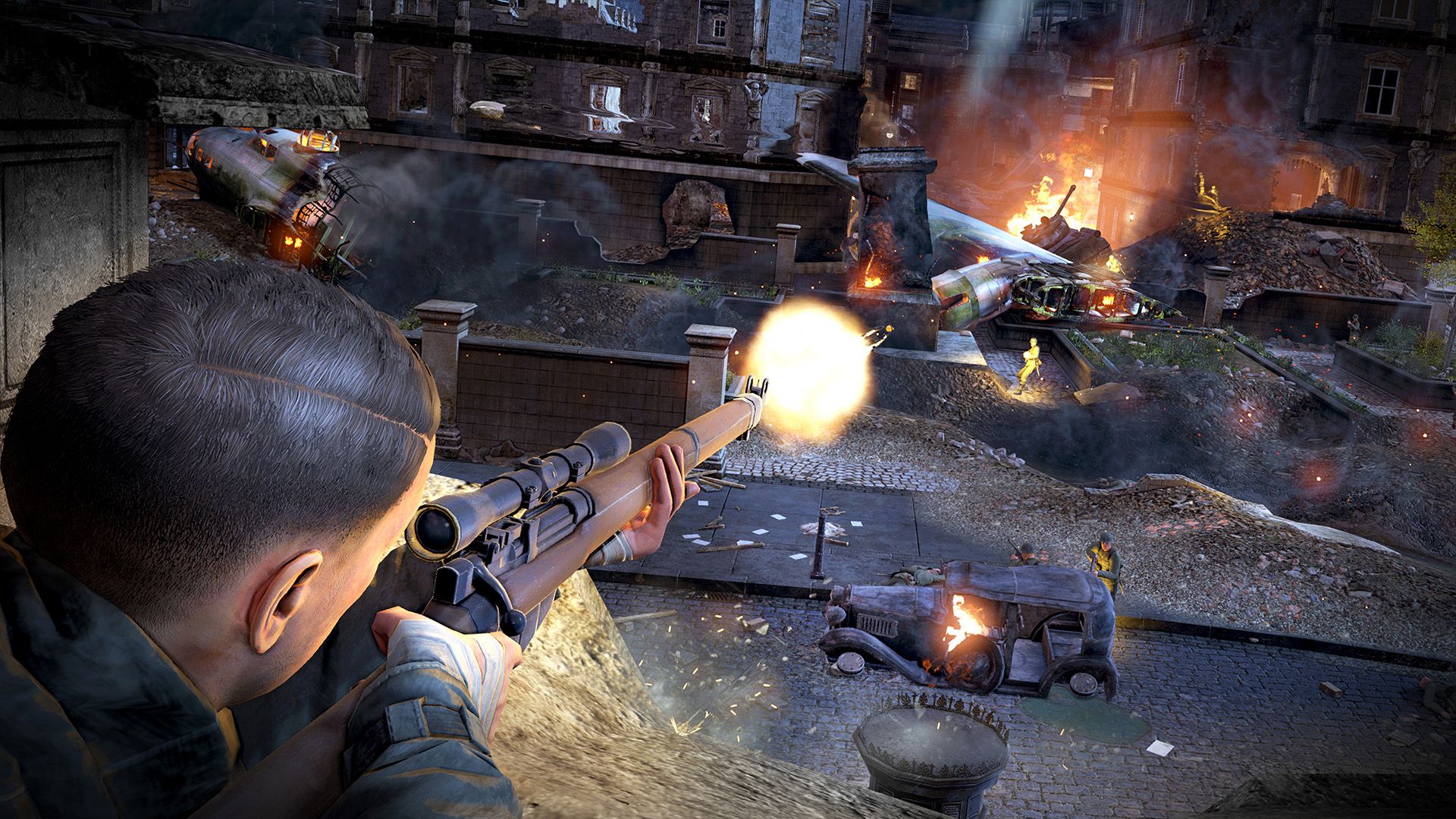 To begin with, Sniper Elite V2 Remastered still doesn’t look that impressive despite the improvements made to the visuals. They end up being a minor upgrade and don’t uplift the classic look of the visuals, thus making most of the game feel dated. The biggest issue here is not the visuals but the controls that don’t seem all that great. Sniper Elite V2 Remastered is not a fun game to control even though the X-Ray Kill Cam is still fun if you can trigger it, the main focus is on providing a campaign that takes you through an alternative version of the events of World War 2.

One of the weaknesses of the game is its story mode, which doesn’t hold up that well. It is terribly told through a mix of cutscenes followed by voiceovers from the main characters who narrate the events of every level. The storytelling method is not that great and to top it, the objectives that you do in most of the single-player missions feel repetitive and boring. The AI is not that sharp so it is quite easy to fool them. So what exactly is the saving grace of Sniper Elite V2 Remastered? 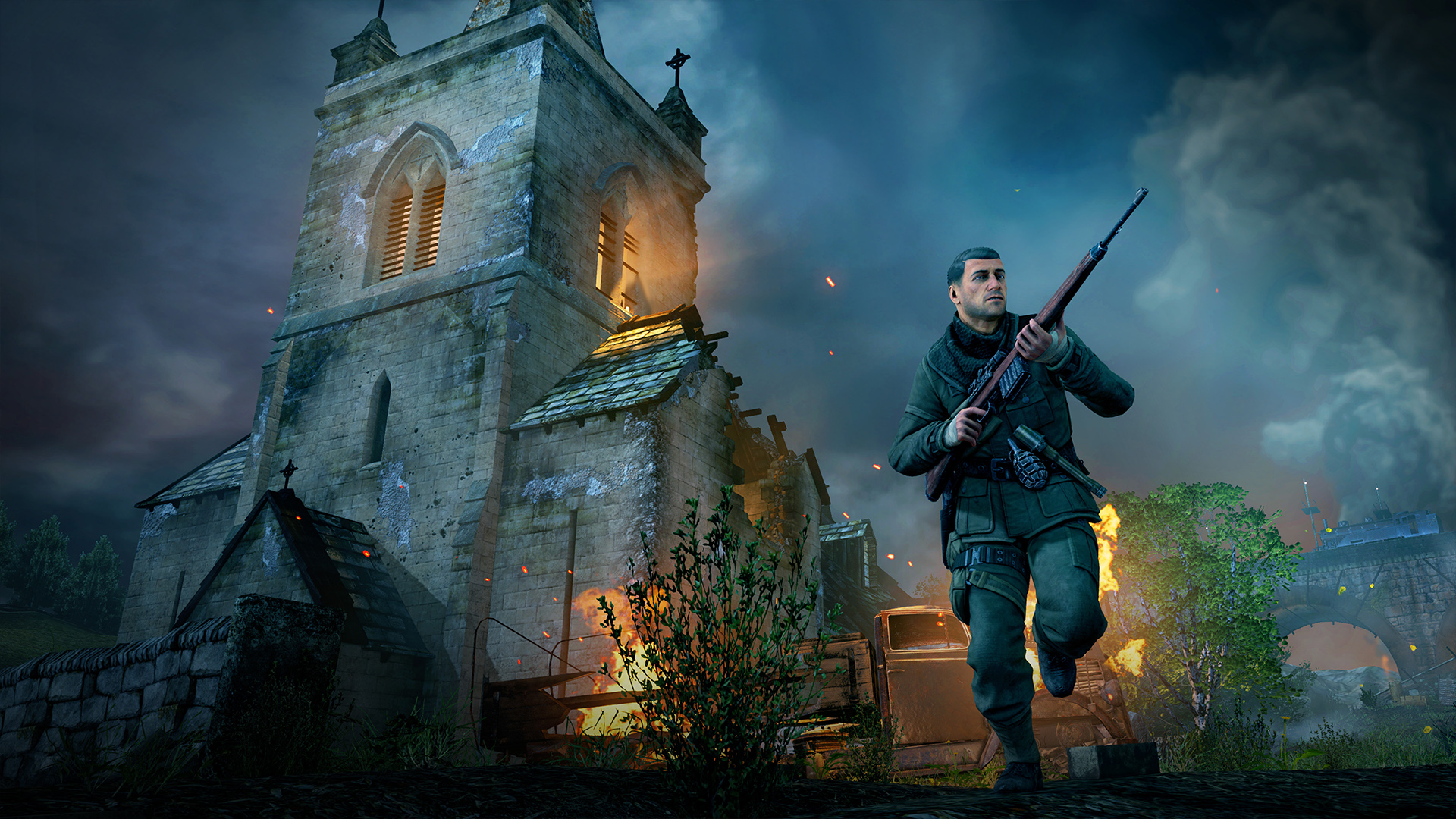 While most of the package feels flawed now, the gameplay and especially the shooting is still quite fun if you can handle the controls. They are a little tricky to learn the first time around but once you spend some time with them, it is fun to pull off successful headshots or X-Ray Cam Kills that still feel as brutal as they did all these years ago. It is also quite easy to exploit the sniping mechanics to make short work of enemies if you can learn to exploit their AI, and this is something that you will do a lot through the main story campaign.

The story mode jumps between different missions where you usually get a target and goal for every level. The game provides a rank at the end depending on your performance. The one thing that feels jarring is how each mission ends and how the game puts you in control of the character in unconventional ways. There is no consistency so you continue to move between the different levels while trying to make sense of the story, which is quite boring. There is no character development at all and the cutscenes look dated now so honestly, it is only the gameplay that will make you keep playing it. 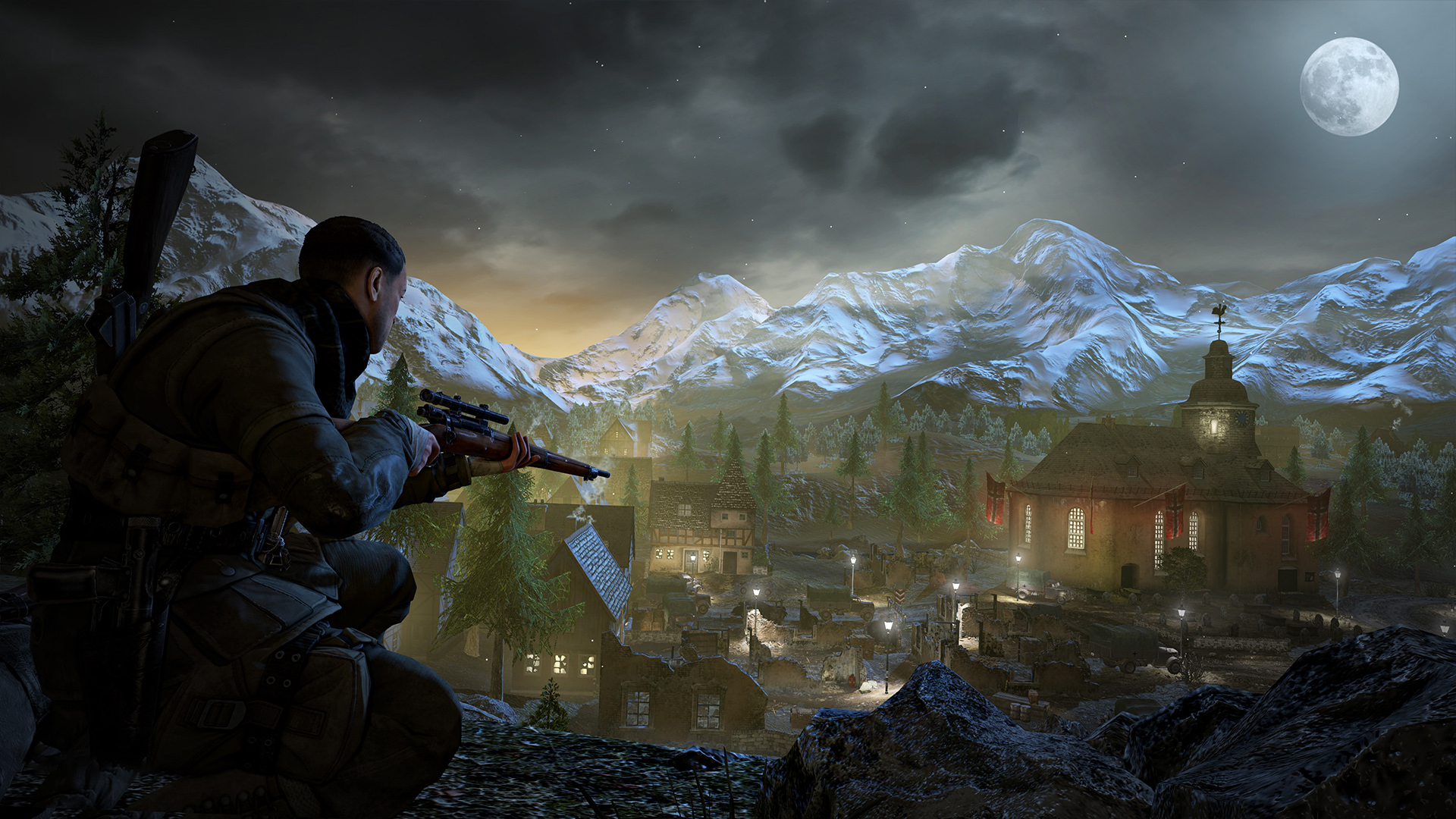 Multiplayer already feels dead which is not surprising since it lacks value. There are different modes offered here like Kill Tally and Bombing Run. These are unconventional modes aimed more at co-op gameplay but if you want something simple, Team Deathmatch is also available if you want to just go with a traditional gameplay mode. Finding a match though feels a bit cumbersome since the online population seems dead now and while you can create a room and invite friends to join, there are no other means of searching for matches.

Since this comes packed in with DLC, you can get a chance to assassinate Führer. It is a short but enjoyable optional DLC that was quite fun and fits nicely along with the main story campaign. The length of the DLC itself is not that long but it can prove challenging since stealth and sniping are difficult to do if you are not ready for it. The co-op support extends to the campaign but there is a drawback to playing it in co-op since most of the missions don’t seem quite designed for it. The difficulty doesn’t scale well when playing the game with co-op and sadly it doesn’t support couch multiplayer. 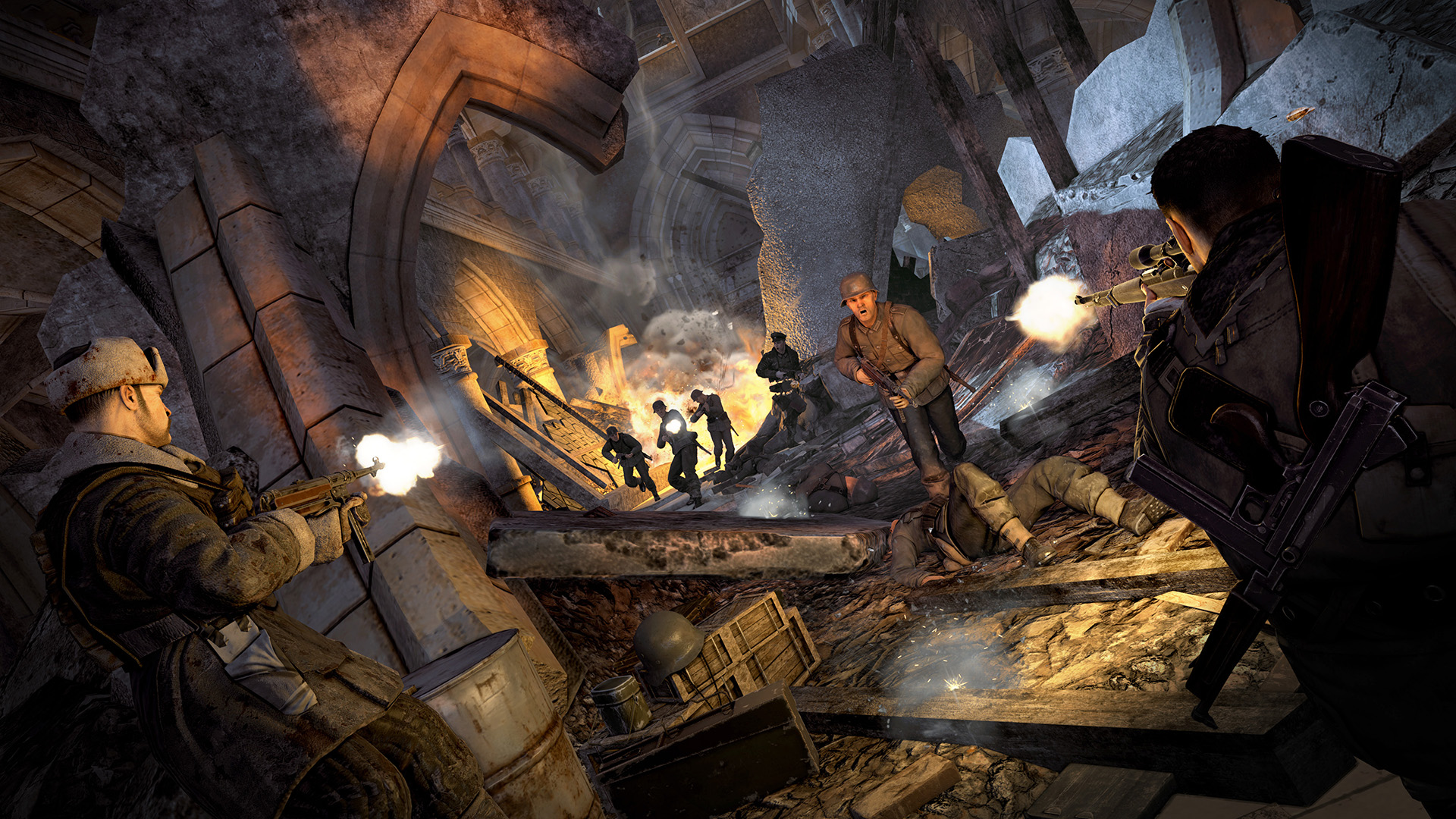 Sniper Elite V2 Remastered thankfully has a choice of picking between a higher resolution or frame rate. You can toggle this at any time from the options menu and obviously picking the frame rate is the ideal choice here since a higher resolution doesn’t make the game look better dramatically while a higher frame rate has an impact on the gameplay. Support for HDR is there but just like most games that are not built from the ground up for it, so there is no major impact of HDR. This is further highlighted with the fact that most of the terrain and environment lacks variety in color so you aren’t gaining much from enabling it.

Sniper Elite V2 Remastered doesn't offer anything substantial to call for this upgrade in the name of a remaster. The game still feels dated and feels like it is several steps back compared to the modern sequels.