Spider-Man: Miles Morales fans can now play through the game with 60 FPS enabled along with ray-tracing. This was a part of the update version 1.007.

This new patch was released today for the PS5 but as far as we can tell, there is no similar update released on the PS4. This is obviously due to the new performance mode that has been added to the game with the latest patch on PS5.

Previously, there were only two gameplay modes available in Spider-Man: Miles Morales. One offered ray-tracing at 30 FPS while the other mode included 60 FPS performance that didn’t use ray-tracing.

The update for Spider-Man: Miles Morales that has patched the game to version 1.007 appears to have implemented 60 FPS ray-tracing mode as seen in the screenshot below. 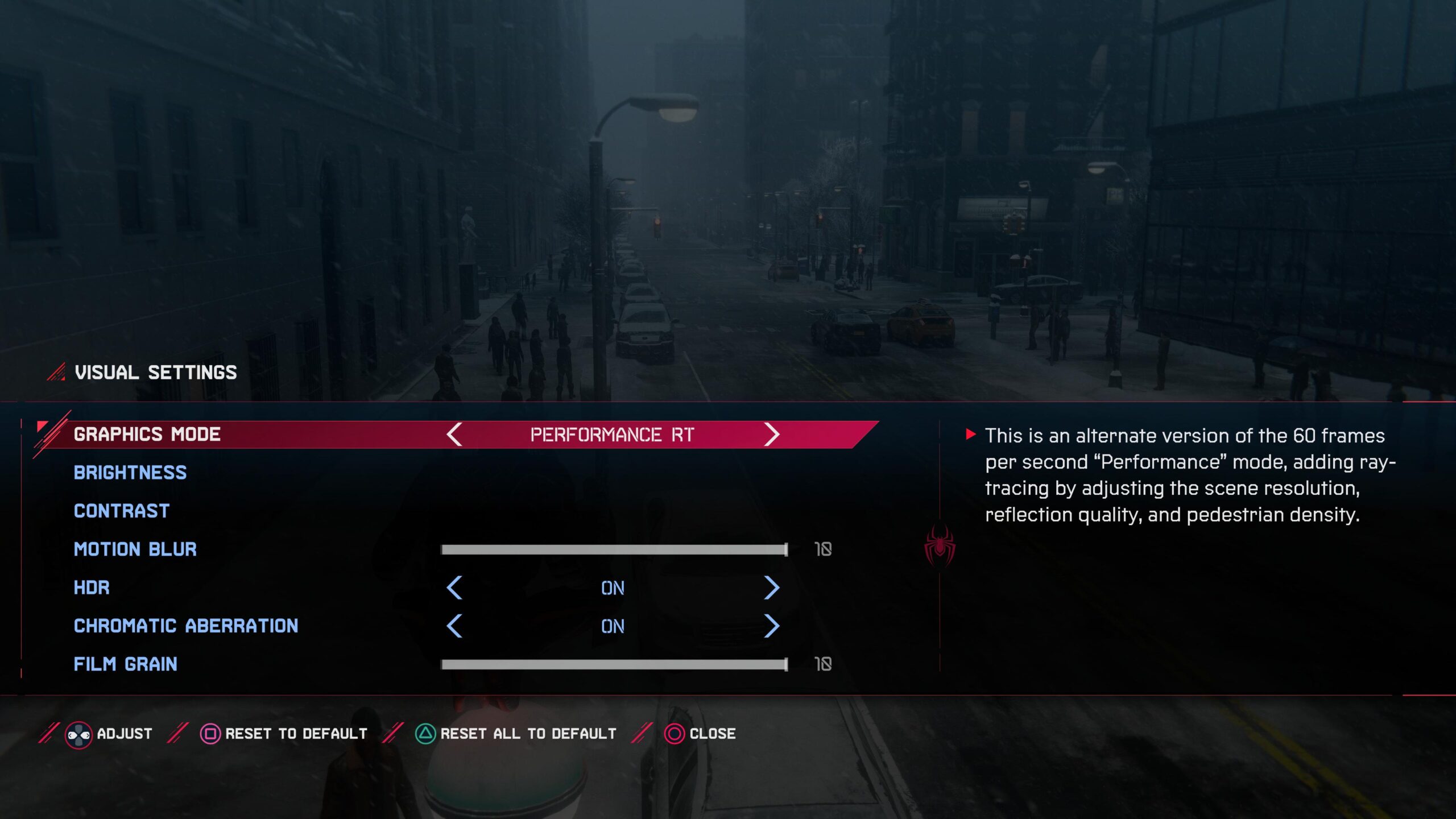 We currently don’t have any patch notes for this update available and the official website hasn’t been updated as of yet, but we can confirm this new ray-tracing performance mode. We are not sure of the resolution for this new graphics mode but it is referred to in-game as Performance RT. The description reads the following.

This might reduce the density of the pedestrians in the city but add reflective surfaces while keeping up 60 FPS performance, so in other words, it is the best of both worlds if you can deal with the slight downgrade in the level-of-detail and resolution.

Spider-Man: Miles Morales is also available for the PS4 but there doesn’t appear to be a similar update for it for now. If there is a patch, we will update this article with the patch notes for the PS4 and PS5.