Cyberpunk 2077 developers have hidden a well-placed easter egg for the GOG preload of Cyberpunk 2077 that features Johhny Silverhand.

If you have pre-ordered Cyberpunk 2077 on GOG, you will be able to preload it ahead of the launch of the game. When the preload is complete, there is a choice to play the game even if it is not unlocked yet. The developers have apparently incorporated this neat easter egg for those who are eager to play the game early.

Read More: Cyberpunk 2077 Gets Another 15 GB Update On XSX, CDPR Says Most Bugs Are Fixed In Day 1 Patch

This easter egg triggers when a user clicks on the Play button for Cyberpunk 2077. It leads to a screen that shows the scrapyard from the game in the background while Johnny Silverhand can be heard in the background telling the player that it is not the time to play the game. 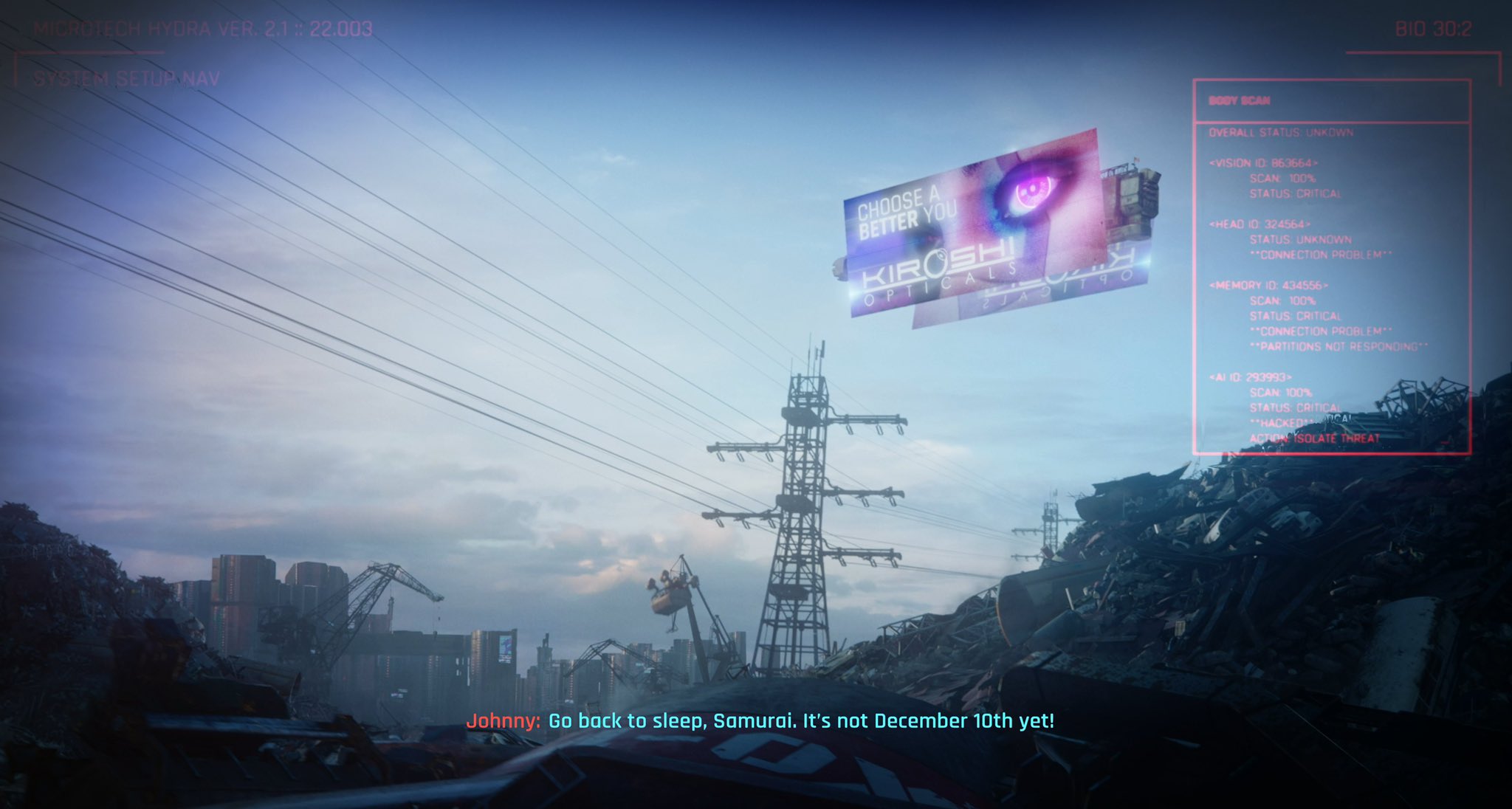 “Go back to sleep, samurai. It’s not December 10th yet!” reads the subtitles. Normally, there is no .exe file in games that have a preload but the developers at CD Projekt Red included this small .exe file in order to tease the players as they wait a couple more hours for the game to unlock and play it at launch.

Cyberpunk 2077 will be available for PC, PS4, and Xbox One on December 10. It is also playable on PS5 and Xbox Series X through backward compatibility. The day one update for the game is out now on consoles. There is a performance or quality mode for the new generation consoles that can be toggled in the options menu, but aside from that, there are reportedly no major visual upgrades offered for the PS5 and Xbox Series X. They are planned to arrive in an update in early 2021.