Cyberpunk 2077 Has a Performance or Quality Mode on XSX, Will Get Another Patch at Launch

Cyberpunk 2077 already has a patch available to download on the Xbox Series X. The game comes with two different modes and will get another patch at launch.

Read More: You Shouldn’t Play Cyberpunk 2077 Before Day One Patch Even If You Have a Copy

While it is currently unknown if this patch has added a performance and quality mode, one of the users who received his collector’s edition from Best Buy has confirmed that there is indeed an option to toggle between these two different modes. At least this is the case for Xbox Series X. 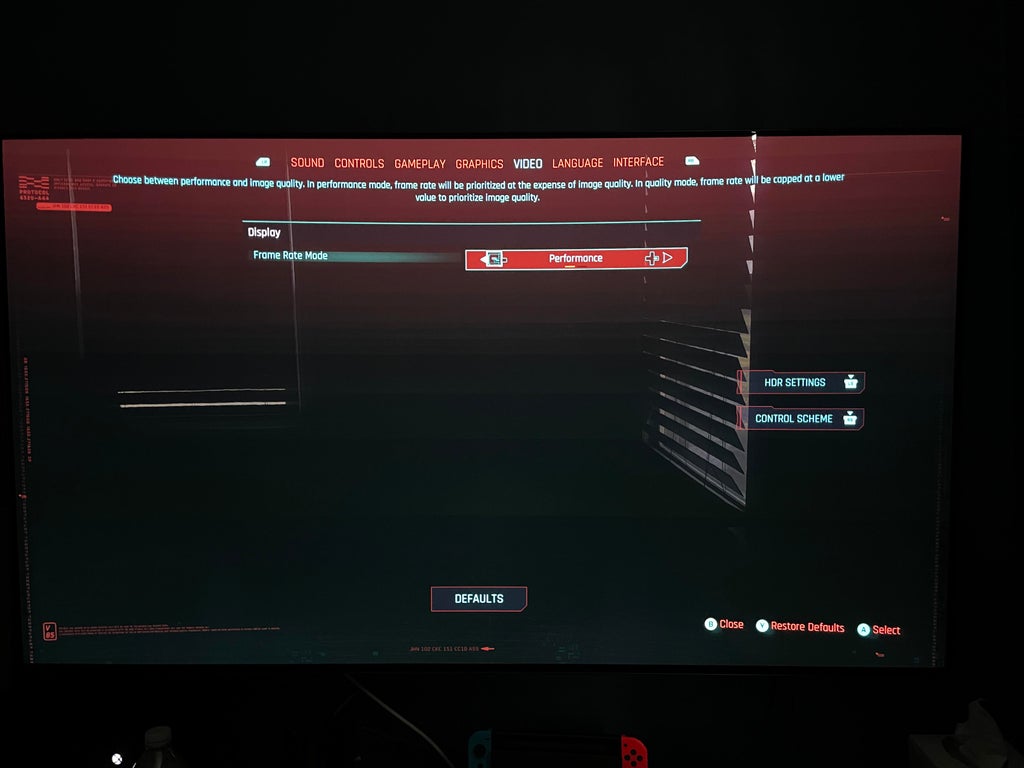 This option is seen in the Video settings as visible in the image above. It is possible this was a part of the massive update that was released today otherwise it would have been reported once the game was leaked early.

Cyberpunk 2077 will also get another patch at launch. This is according to one of the developers at CD Projekt Red. Fabian Mario Döhla, who confirmed this news on Twitter. In his own words, the update today is “not the update we’ll have for launch” which suggests there is something more substantial coming later in the launch patch.

According to OrbisPatches, this update is also live on PS4 so if the patch is the same for PS5, users should be able to toggle between the performance and graphics mode on PS5 as well. We don’t have any confirmation in this regard so take that as speculation for now.

Cyberpunk 2077 will be out on December 10 and will release on a wide range of platforms including Google Stadia, PS4, PS5, PC, Xbox One, and Xbox Series X.

Previous Article
Cyberpunk 2077 PreLoad Is Up On Xbox, Huge Day One Patch Goes Live Today
Next Article
Persona 5 Strikers Will Release On February 23, 2021 For PC, PS4, and Switch