Cyberpunk 2077 PreLoad Is Up On Xbox, Huge Day One Patch Goes Live Today

CD Projekt Red has shared the preload times for Cyberpunk 2077 and the game is not available to preload on PC and PS5 until December 8, or 48 hours before the launch. In the case of the Xbox One and Xbox Series, users can already preload it through the Xbox Live Store.

According to a post on reddit, the preload is available through the Xbox Live Store. Those who have the game pre-ordered digitally can download it on their Xbox Series and Xbox One consoles. 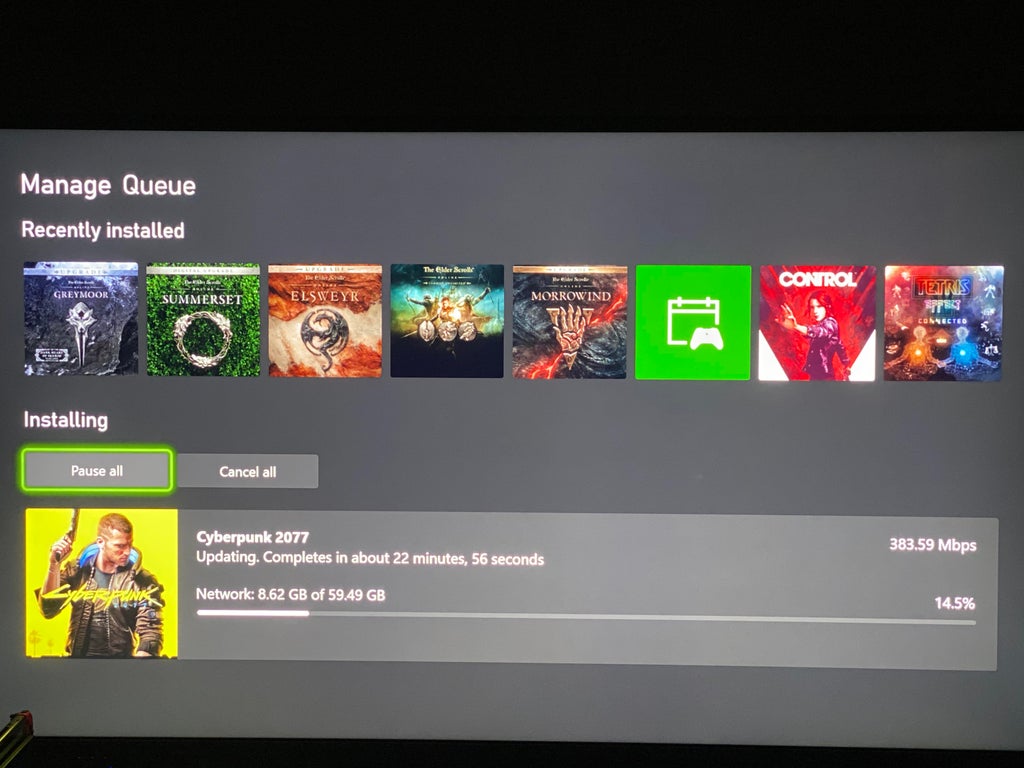 In addition to the preload of the game, there is apparently a day one patch available to download now. This one weighs in at 43.5 GB so it is almost the size of the full game. Update: There will be another patch before the launch of the game as confirmed by CD Projekt Red.

For those curious Cyberpunk 2077 has a 43gb day one patch. pic.twitter.com/BKuWInTpJA

There are quite a large number of leaks from the game that are being shared online including the full game map and much more. We are not going to link to them because of the strict copyright rules of CD Projekt Red, but you can easily find them online.

Cyberpunk 2077 will be available on Xbox One, PS4, and PC. It also supports the PS5 and Xbox Series X at launch but a proper update for the new generation consoles won’t arrive until 2021. The game is set to release on December 10. It was first confirmed for April and then delayed to September. The second delay pushed it out from September to November 19. After the final delay, it is releasing in December and will also launch on Google Stadia.

Previous Article
You Shouldn’t Play Cyberpunk 2077 Before Day One Patch Even If You Have a Copy
Next Article
Cyberpunk 2077 Has a Performance or Quality Mode on XSX, Will Get Another Patch at Launch