Spongebog Squarepants: Battle for Bikini Bottom was first released for PS2, Nintendo GameCube, PC, and Xbox. It is considered one of the better Spongebob games although there are no details revealed on how THQ Nordic is planning to bring it to the modern platforms. 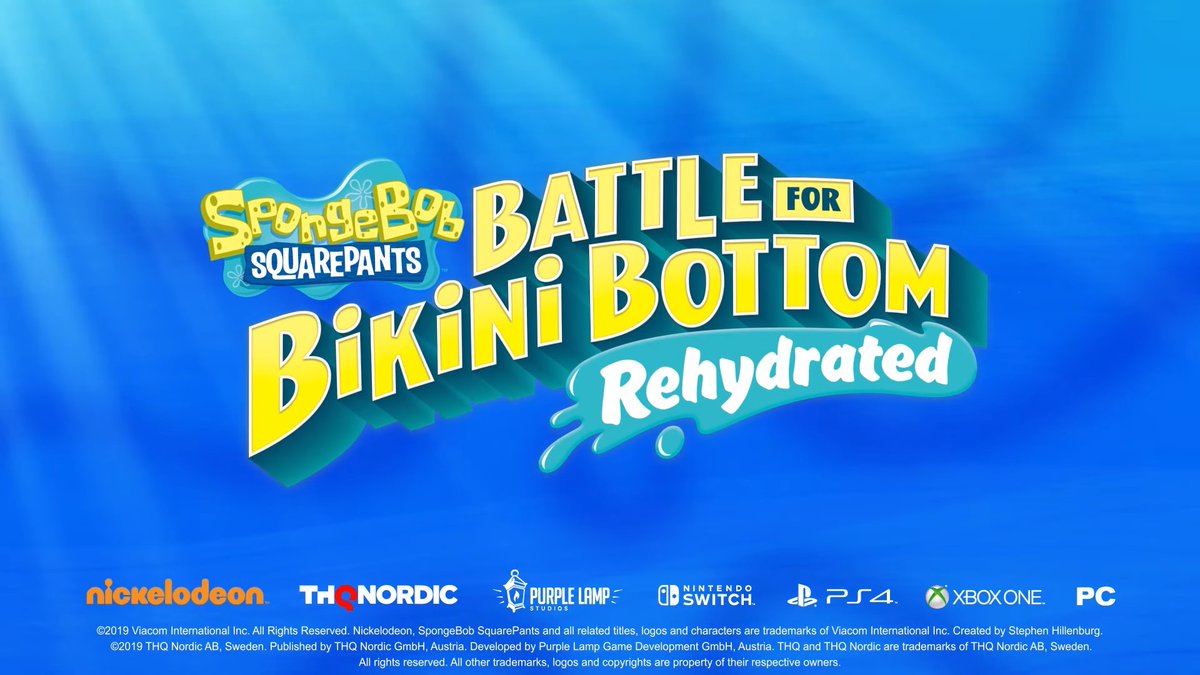 The official tweet that made the announcement teased more information to be revealed at the upcoming E3 2019. In addition, the announcement trailer was merely a teaser that didn’t show much from the game itself.

One new feature that was confirmed to be a part of this new game was a multiplayer mode. It was found in the description for the trailer on YouTube.

Are you ready, kids? The cult classic is back, faithfully remade in spongetastic splendor! Play as SpongeBob, Patrick and Sandy and show the evil Plankton that crime pays even less than Mr. Krabs. Want to save Bikini Bottom from lots of rampant robots? Of course you do! Want to underpants bungee jump? Why wouldn’t you! Want to join forces in a brand new multiplayer mode? The battle is on!

Aside from the brand new multiplayer mode, no other information is known for this game but since they are adding new features, it might be more of a remake than a remaster. The game is set to launch for PS4, Xbox One, PC, and Nintendo Switch.

Battle for Bikini Bottom – Rehydrated Update 1.02 is Live, Here Are The Patch Notes

SpongeBob SquarePants: Battle for Bikini Bottom – Rehydrated is a Remake With Cut Content