Nintendo and The Pokémon Company held a Pokémon Sword and Pokémon Shield Nintendo Direct today giving us more details and release date for the upcoming games. They showed a lengthy gameplay trailer and confirmed the Legendary Pokémon for both games.

One of the new gameplay features that were shown in the trailer was for the concept of Dynamax Pokémon. This a new feature exclusive to Pokémon Sword and Pokémon Shield that gives the players the ability to summon a giant version of their Pokémon also giving them new abilities and increasing their powers. It will only work once per battle and last for three turns. 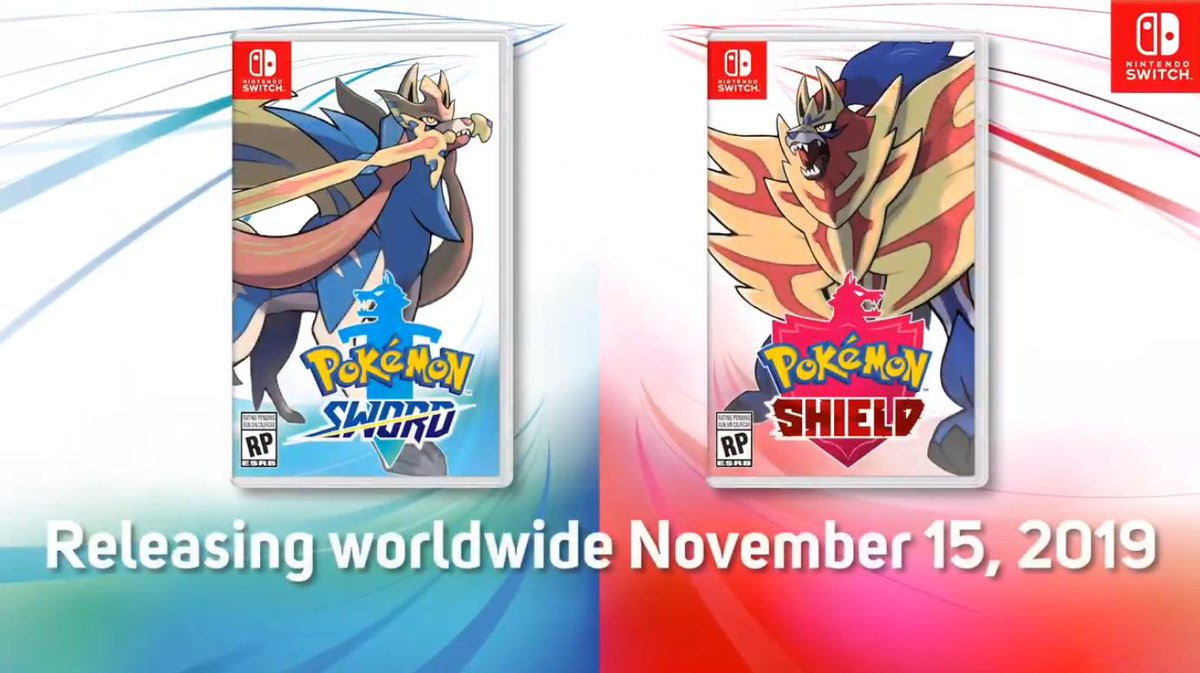 Another new feature is Max Raid Battles. This will allow a group of four players to team up and fight a Dynamax Pokémon. Some of the Pokémon can only be located this way in the game. During this battle, only one player will be able to use a Dynamax Pokémon.

Zamazenta’s regal and majestic movements overwhelm any opponents that dare face it. Its body is covered in what seems to be a shield.

Zacian attacks so gracefully that its movements can even captivate its opponents. It holds what appears to be a sword in its mouth

Pokémon Sword and Pokémon Shield will be out on November 15, 2019. You can grab these games exclusively on the Nintendo Switch. They will also be available as part of a bundle if you want to get both of them.