Star Citizen is one of the largest crowdfunded video games of all time. The developers of Star Citizen also keep introducing new ships, one of which has features that were never officially announced.

Star Citizen has made a reputation for itself by selling early-backers expensive ships that they will be able to own exclusively in the game. The funds that are generated this way go for the development of the game itself but the ships are not cheap to buy either and can cost roughly $100 to more.

The new mine-layer ship is called Aegis Nautilus and will reportedly cost $675. Fans of the game were not amused to find out that this ship is being sold now, and it has a long list of features promised that is not even available in the game so far. 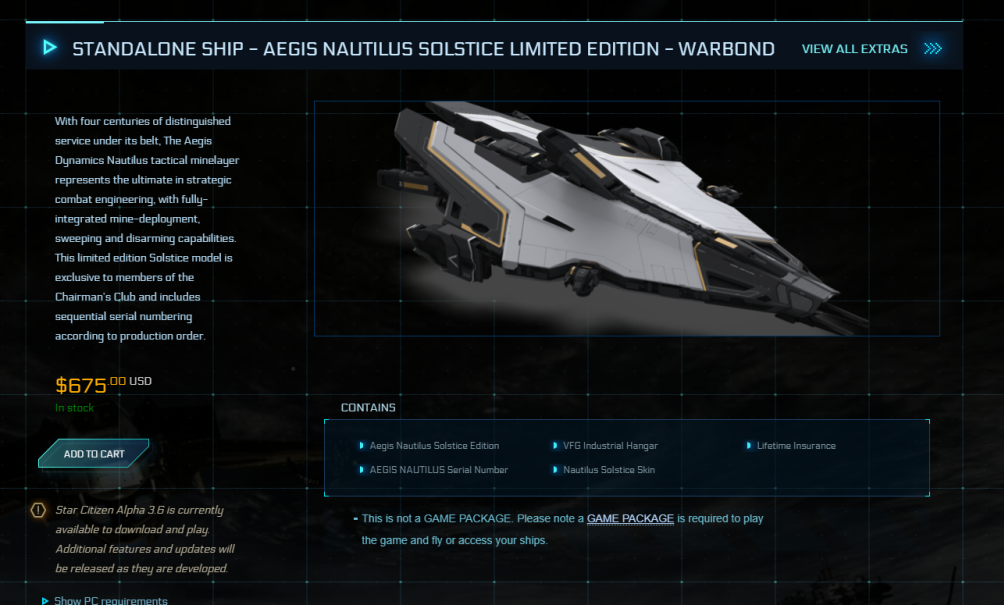 Star Citizen originated as a Kickstarter project but the developers to add milestones for features that haven’t been implemented yet. As a result, feature-creep has made the game’s development a joke in the community because there hasn’t been a feature-complete build of the game out so far despite several promises made by the developers. It is still in development and the crowdfunding is continuing through various means including raising funds privately or getting backer support from fans.