Tales of Arise is one of the fastest-selling games in the series and has already shipped one million copies across the different platforms.

Tales of Arise was a massive hit on Steam, so its success can be considered global. It should have no problem beating the record of the best-selling game in the series. This record is held by Tales of Symphonia followed by Tales of Vesperia. They both stand closer to 2.4 million copies sold, which should be within reach for Tales of Arise.

“We are very proud and humbled to see fans and newcomers reception playing Tales of Arise”, said Yusuke Tomizawa, Producer on Tales of Arise, BANDAI NAMCO Entertainment “Our goal with this title was to open the franchise to as many players as possible while maintaining the Tales of DNA and uniqueness that has allowed the franchise to stay strong for more than 25 years. We would like to thank players for their support.” 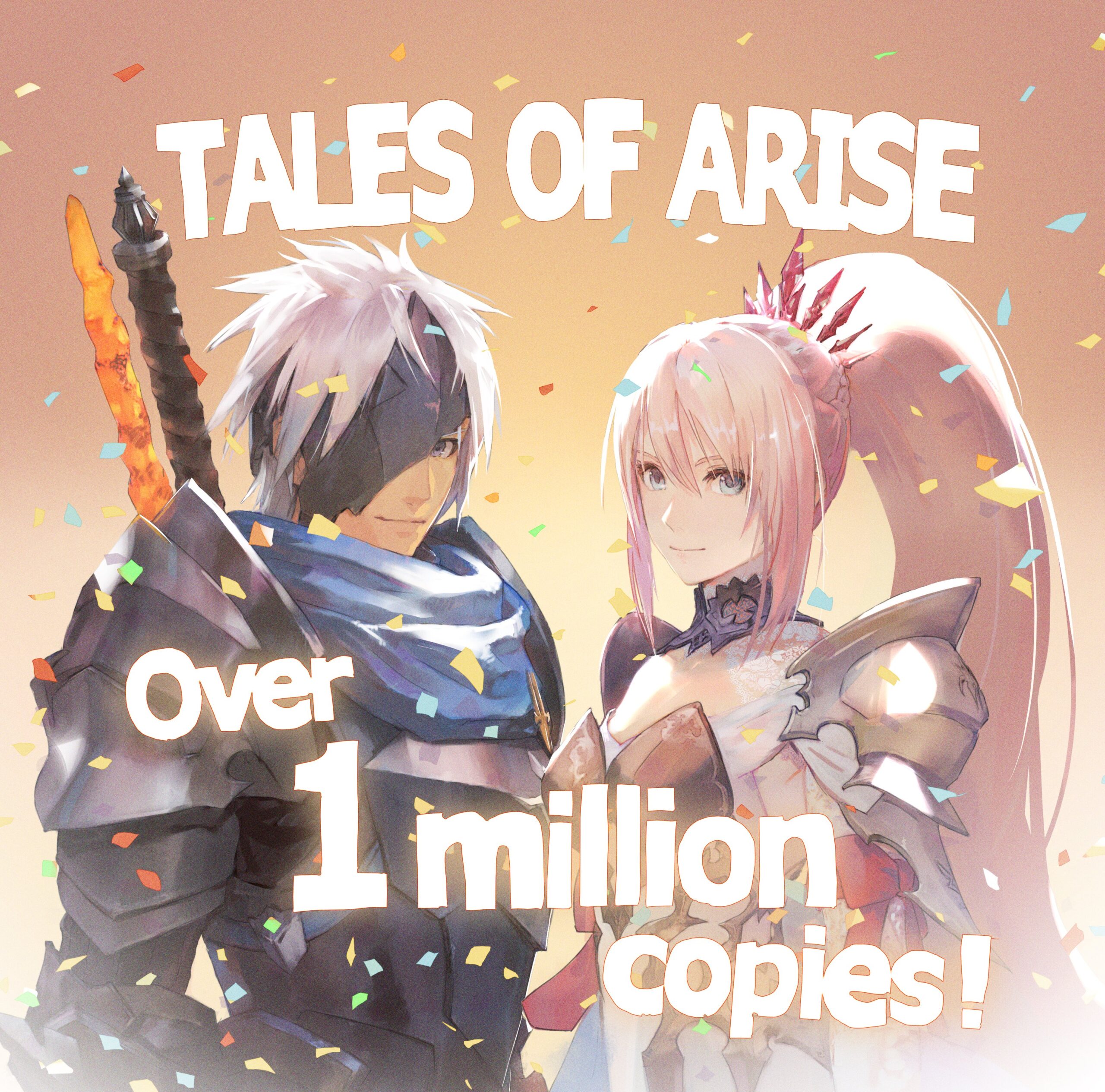 The developer also shared a tweet with new artwork to celebrate this announcement.

After the success of the game, it was revealed that the cumulative sales of the series have hit 25 million copies sold. Since Tales of is one of the oldest running JRPGs, debuting on the Super Nintendo Entertainment System, it is a testament to dedicated fans who continue to purchase new games in the series. For comparison, the Persona series by Atlus has sold 15 million copies but it also has fewer games than Tales of.