Neon Giant’s The Ascent was originally released for Xbox and PC nearly a year ago and has now made its way to the PS5. Just as with the other versions, the visuals on PS5 instantly draw your attention more than anything else. For a game that’s played from an isometric perspective, there’s a staggering amount of detail crammed into The Ascent.

The combination of a murky atmosphere and fancy lighting does a great job of complementing the aesthetic. As you’d expect from a modern game set in a gloomy, cyberpunk world, plenty of emissive neon lights illuminate the scene in unique and brilliant hues. From the beginning, you’re immersed in the world of The Ascent. After creating and customizing your character’s appearance via the character creator menu, you’re ready to explore The Ascent’s take on a dystopian future. 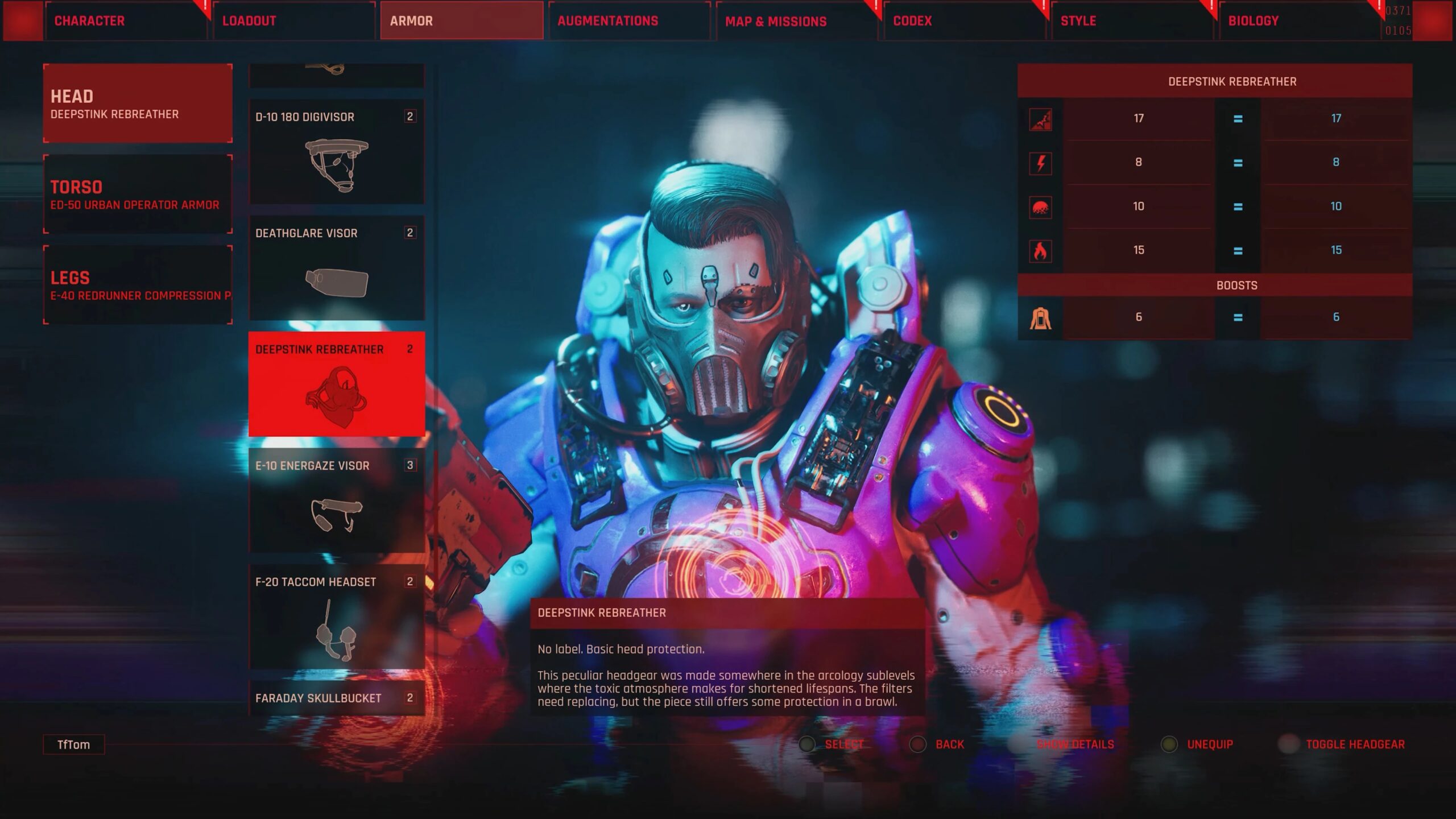 Mega-corporations are essential to the tale, as is typical of the cyberpunk genre. It’s no different here since The Ascent has seized control of society as a whole, enslaving individuals like you to do its bidding. However, as the game progresses, you learn that the corporation has collapsed, and you are free to flee. You’re on your own in this dark and dangerous world as you begin your journey into the perilous world of The Ascent.

The story is nothing to write home about, and largely involves formulaic themes that are typically associated with the cyberpunk setting, although there is a lot of optional text and chat with NPCs that helps flesh out the world’s lore. Quests fare similarly in that they’re functional enough to keep the action moving forward. 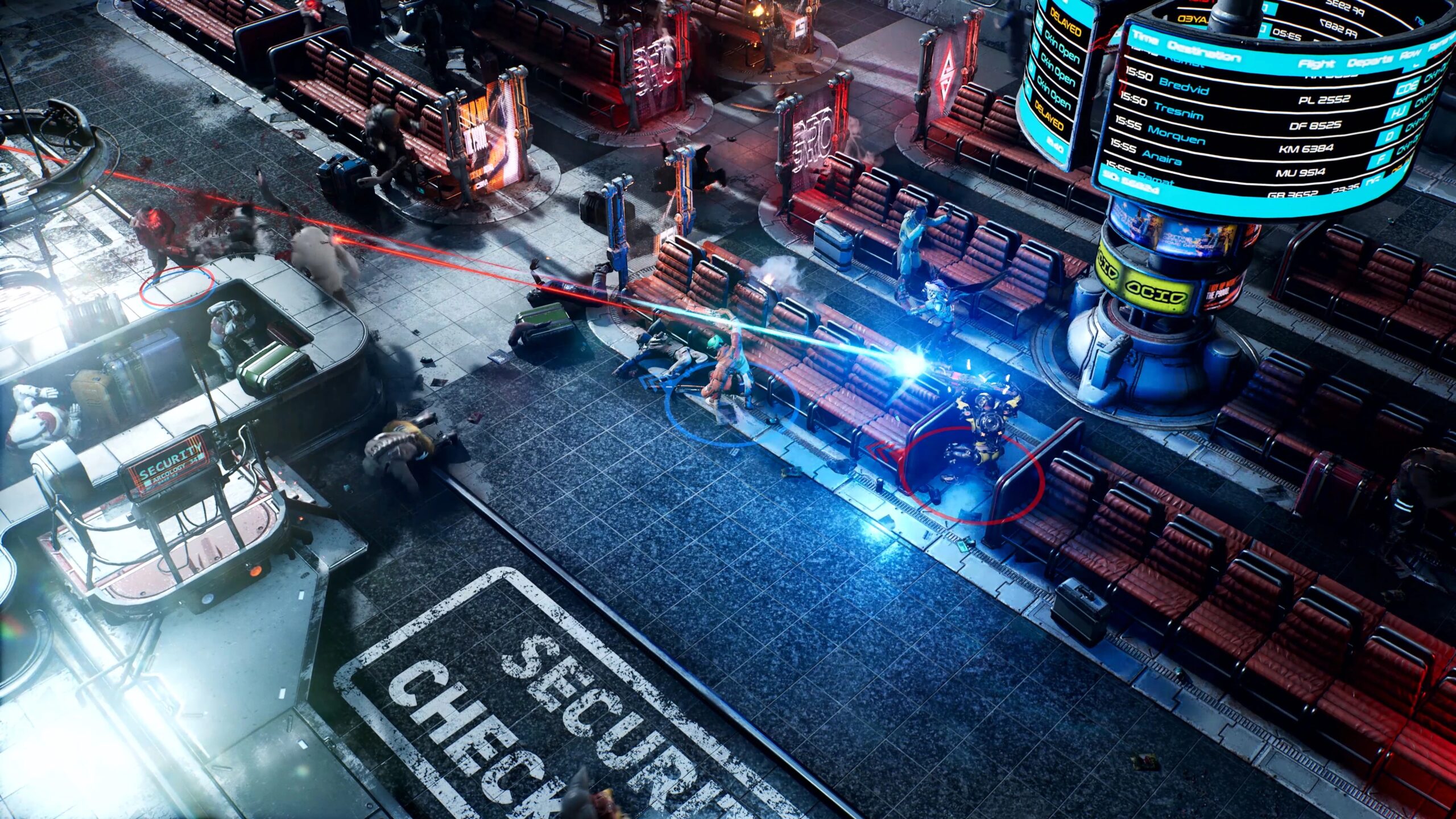 The main quest takes about ten hours to complete, but there are lots of side activities to keep you busy if you want to play in co-op with up to three other people. The world’s dense layout can often get confusing, partly due to its multi-floor design and the amount of detail crammed into the environment. Finding your way to the next point of interest often ends up being an unnecessarily arduous task.

Besides its gorgeous visuals, the main appeal of The Ascent is its combat. It stands out from other isometric twin-stick shooters thanks to the added depth granted by its RPG elements. When you level up, you have access to skill points, which you may use to purchase various skills. The skills lack balance, however, with some being more important than others, particularly early on when you don’t have access to heavier weapons. The weapon handling skill, in particular, is crucial to survival since it enhances reload and weapon swap speed. 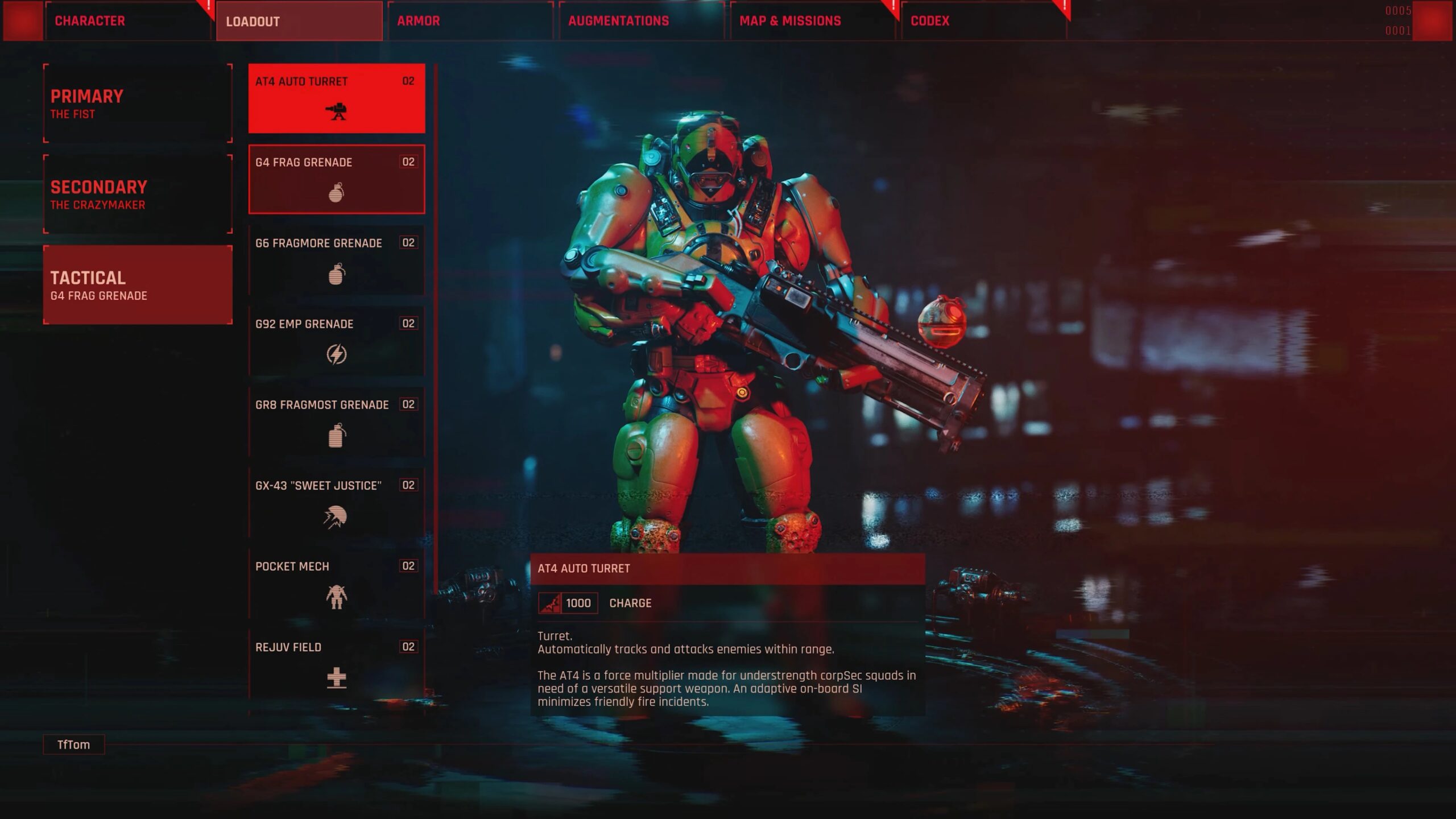 The shooting itself is enjoyable, and the controls are intuitive. There are a huge number of weapons to unlock, each with its handling and function. The Minigun stands out as an excellent crowd control weapon. During hectic scenarios, the dodge roll is a tad inadequate and feels lacking in mobility at times. Later on, though, you will be able to gain better evasive options, such as the Javelin Dash, which makes it easier to bail out of tight circumstances and provides you finer control over your actions.

There’s also a stop-and-pop cover system, which you don’t see very often in these games belonging to this genre, and it’s done quite well here. Taking cover and carefully engaging in firefights is the best strategy in crowded situations. That said, it’s usually tough to stay in one spot for long, as melee-based enemies approach you and grenades are thrown behind cover to bring you back in the enemy’s line of sight. Opting for the right weapon and using your surroundings to your advantage is critical to surviving in the face of swarms of powerful and difficult adversaries approaching from all sides.

In these difficult conditions, one can’t help but feel that the combat encounters are better suited to cooperative play. Even though the game’s difficulty scales dependent on the number of players, playing solo makes it a tough endeavor, often feeling unfair. Furthermore, combat encounters start to feel monotonous the more you play, the game will repeatedly throw you into similar combat situations. 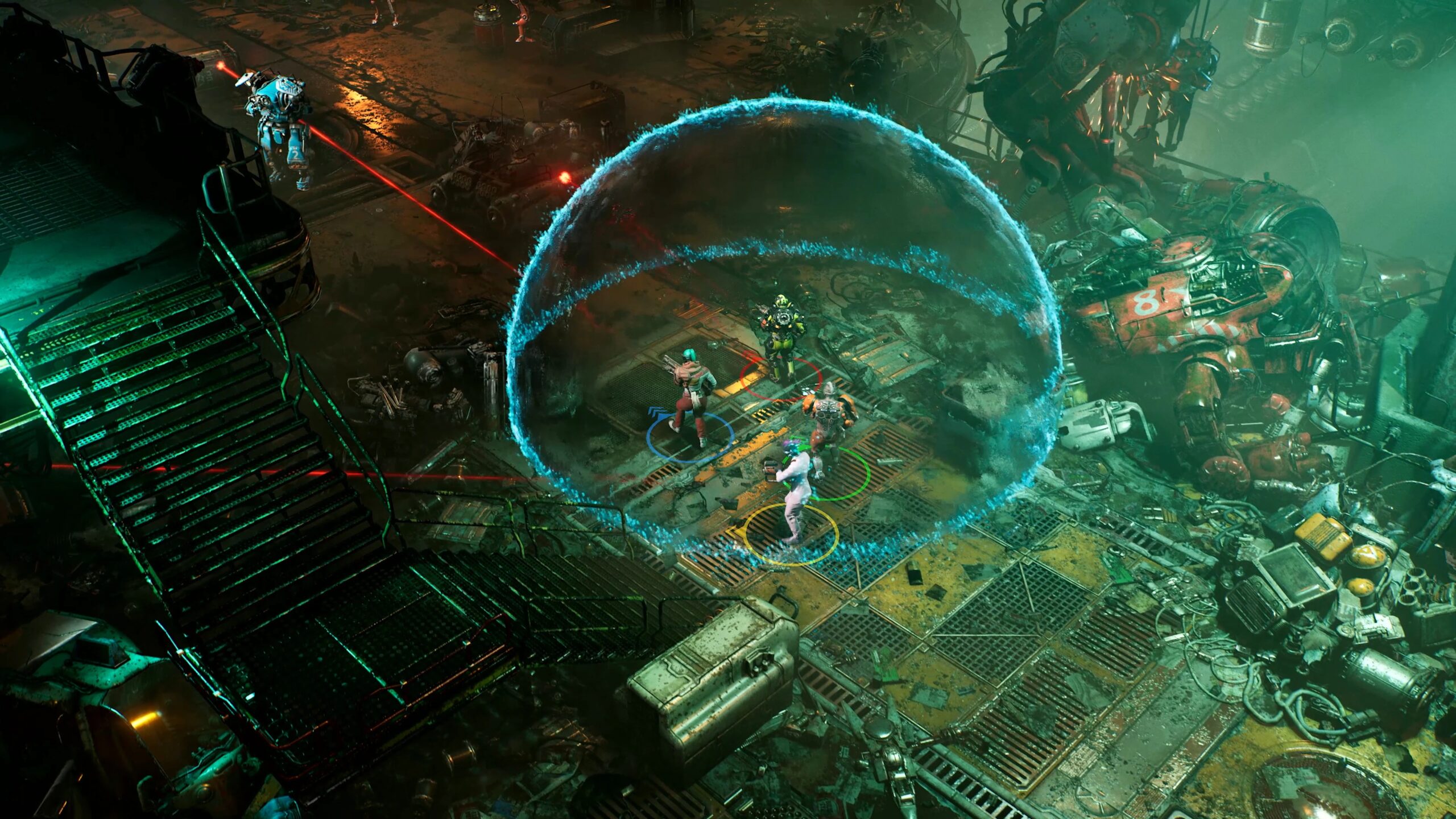 The coop mode is drop-in/drop-out, and all loot and stat progression earned in a multiplayer session is carried over to your own. However, mission progress stays linked to the host, allowing you to pick up where you left off in your solo session. The Xbox version had some connectivity issues concerning issues at launch, which have since been ironed out. The PS5 version arrives with all of these updates included, and, as a result, is a lot more stable online and suffers from far fewer bugs and issues.

The PS5 version of The Ascent also gets some additional features that add to its immersion. For starters, the DualSense controller’s speaker prompts you with audio alerts for things like enemies taking note of your presence or attacking you. You’ll also be given an audio cue every time an enemy drops a health pack. Similarly, the DualSense controller’s haptics provides more accurate and enhanced feedback while traversing the world of the Ascent. You’re also relayed important information during battle, such as signature feedback for each of the weapons, so you instantly recognize which one you’re using without having to rely on visual cues.

The Ascent is a competent yet often repetitive twin-stick shooter that’s more good-looking than it has any right to be.

The Ascent PS4 vs. PS5 vs. Xbox Series Comparison: Which Platform Holds Out The Best?
Salal Awan April 20, 2022

The Ascent Is Finally Coming To PS4 and PS5 According To ESRB
Salal Awan January 7, 2022

The Ascent PS4 vs. PS5 vs. Xbox Series Comparison: Which Platform Holds Out The Best?