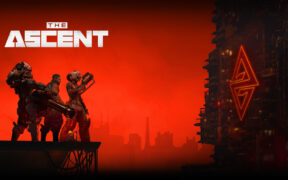 Neon Giant’s The Ascent was originally released for Xbox and PC nearly a year ago and has now made its way to the PS5. Just as with the other versions, the visuals on PS5 instantly draw your attention more than anything else. For a game that’s played from an isometric perspective, there’s a staggering amount […] 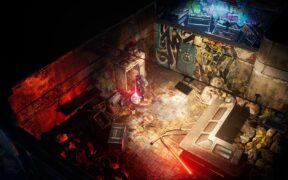 Gaming, News
The Ascent PS4 vs. PS5 vs. Xbox Series Comparison: Which Platform Holds Out The Best?
Salal Awan April 20, 2022

The Ascent has finally received a release on PS4 and PS5 after launching on Xbox One, Xbox Series, and PC. How well is this new port? Digital Foundry has shared a technical analysis of the PS4 and PS5 port of the game also comparing it to the Xbox One and Xbox Series X releases. So […]

The Ascent is finally coming to the PS4 and PS5. Here are the details on its download size, patch notes, and pre-load date on Sony’s consoles. The file size of the game jas been reported to be 17.5 GB on the PS4 and PS5. This is smaller than the Xbox One version which was roughly […]

Gaming, News
The Ascent Is Finally Coming To PS4 and PS5 According To ESRB
Salal Awan January 7, 2022

ESRB has provided a rating for The Ascent, an Xbox and PC exclusive RPG, suggesting an announcement is due for the game soon. The Ascent was released on Xbox Game Pass at launch. The game was available for PC and Xbox consoles. It is coming to PS4 and PS5 now based on the ESRB rating. […] 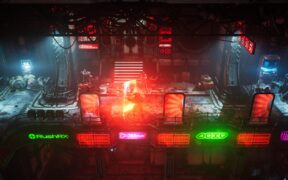 The Ascent has proven to be a hit for the developer Curve Digital. It continues to chart in the best sellers on Steam and actually improved its ranking. The Ascent launched on the Xbox Game Pass for both PC and Xbox consoles. The PC version was Windows 10 and it appeared to lack some of […]

The very first thing about Neon Giant’s The Ascent that grabs your attention is its aesthetic quality. The cyberpunk setting is wonderfully realized, with rich detail and artistic flair. It’s especially commendable considering that this is the Swedish studio’s first original release. While it is an isometric shooter at its core, The Ascent also incorporates […]