The Coalition is going to debut the first look at their Unreal Engine 5 demo that will be running on the Xbox Series X. We have our first screenshot from this demo.

Here is a description of this presentation from the GDC website.

The Coalition will debut a UE5 Technical Demo “Alpha Point” on Xbox Series X, created to internally evaluate UE5. The talk will cover the learnings the team had while creating Nanite-resolution assets and incorporating them into a fully real-time lighting scenario with Lumen and Virtual Shadow Maps. Performance and memory observations will be covered for Xbox Series X and S, as well as VFX, Blueprint, material setup, Temporal Super Resolution, and Virtual Texture findings. The Coalition will also cover some preliminary findings on next-gen character creation and MetaHumans integration, demoing a next-generation character test running on Xbox Series X.

Attendees will learn more about the inner workings of UE5’s new visual systems. They will learn viable workflows that have been proven in a technical demo for UE5 including Nanite, Lumen, Megascans, and MetaHumans.

Epic Games has shared the first screenshot from this demo on their blog where they invite users to catch their first glimpse at how Unreal Engine 5 operates on the Xbox Series S and X. 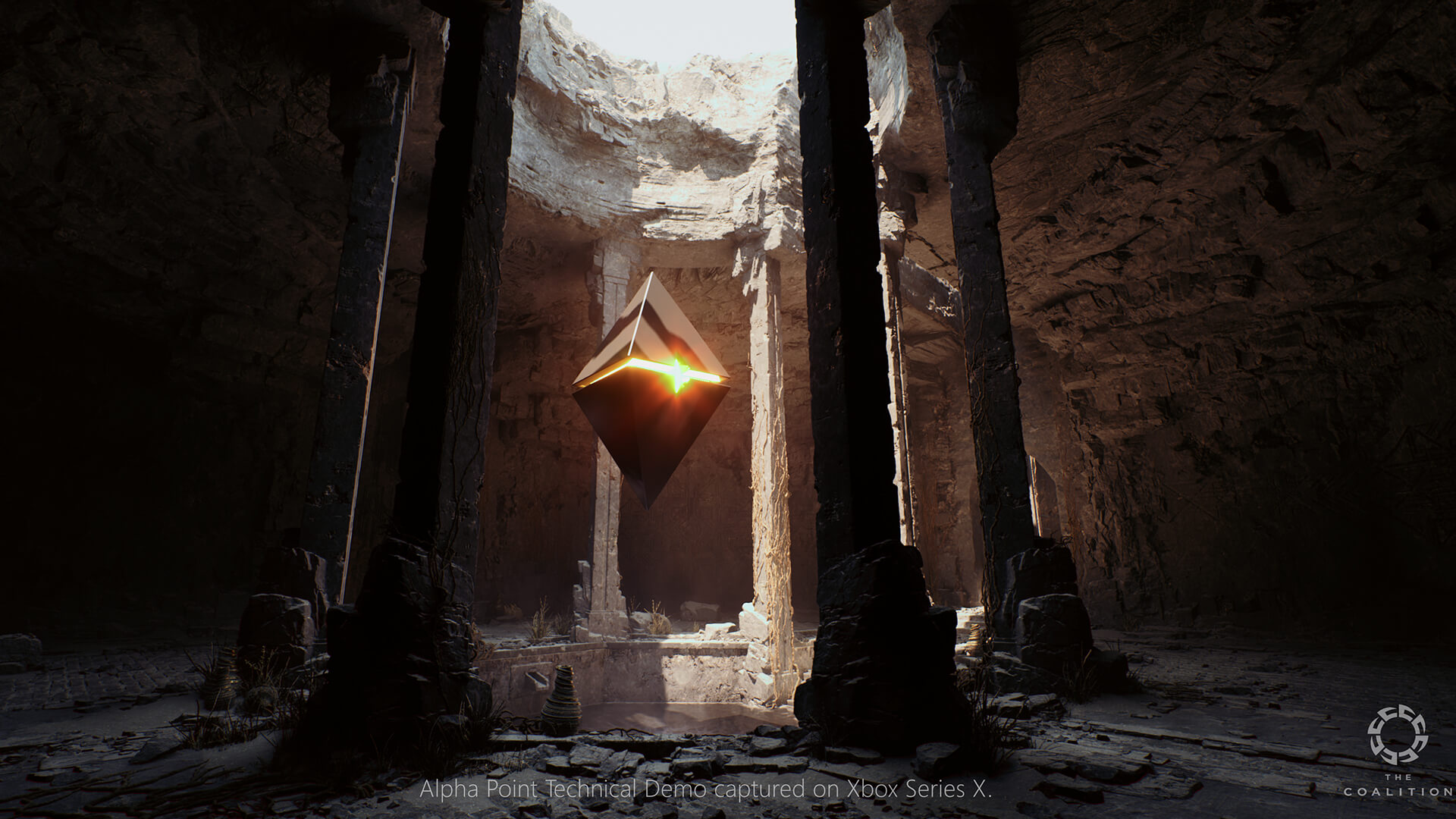 There are some rumors that this demo could be a testbed for one of the new projects at The Coalition along with a potential new Gears of War game, but this remains to be seen.