Sega has released a new trailer for Super Monkey Ball Banana Mania showing the wonderful different worlds that are playable in the game.

In your journey to save your beloved bananas, roll through the beautiful landscape of Jungle Island, have a spa day in the Bubbly Washing Machine, or traverse the tricky mazes of Dr. Bad-Space Boon’s Colony hideaway! This accurate remake introduces immersive comic-book-style storytelling and a charming cast of new playable characters, with every planet and level from the renowned original games improved with new graphics and content.

Here’s the description of the game that is taken from the Nintendo eShop.

Roll through wondrous worlds with AiAi and friends as you race to stop monkey mad scientist Dr. Bad-Boon from blowing up Jungle Island! Join the all-star monkey team of AiAi, MeeMee, GonGon, Baby, YanYan and Doctor as you bounce, tilt, and roll your way across hundreds of delightfully crafted levels and mazes. It’s monkey business for the gang – play solo or with friends as you take down Dr. Bad-Boon and steal back your beloved bananas! 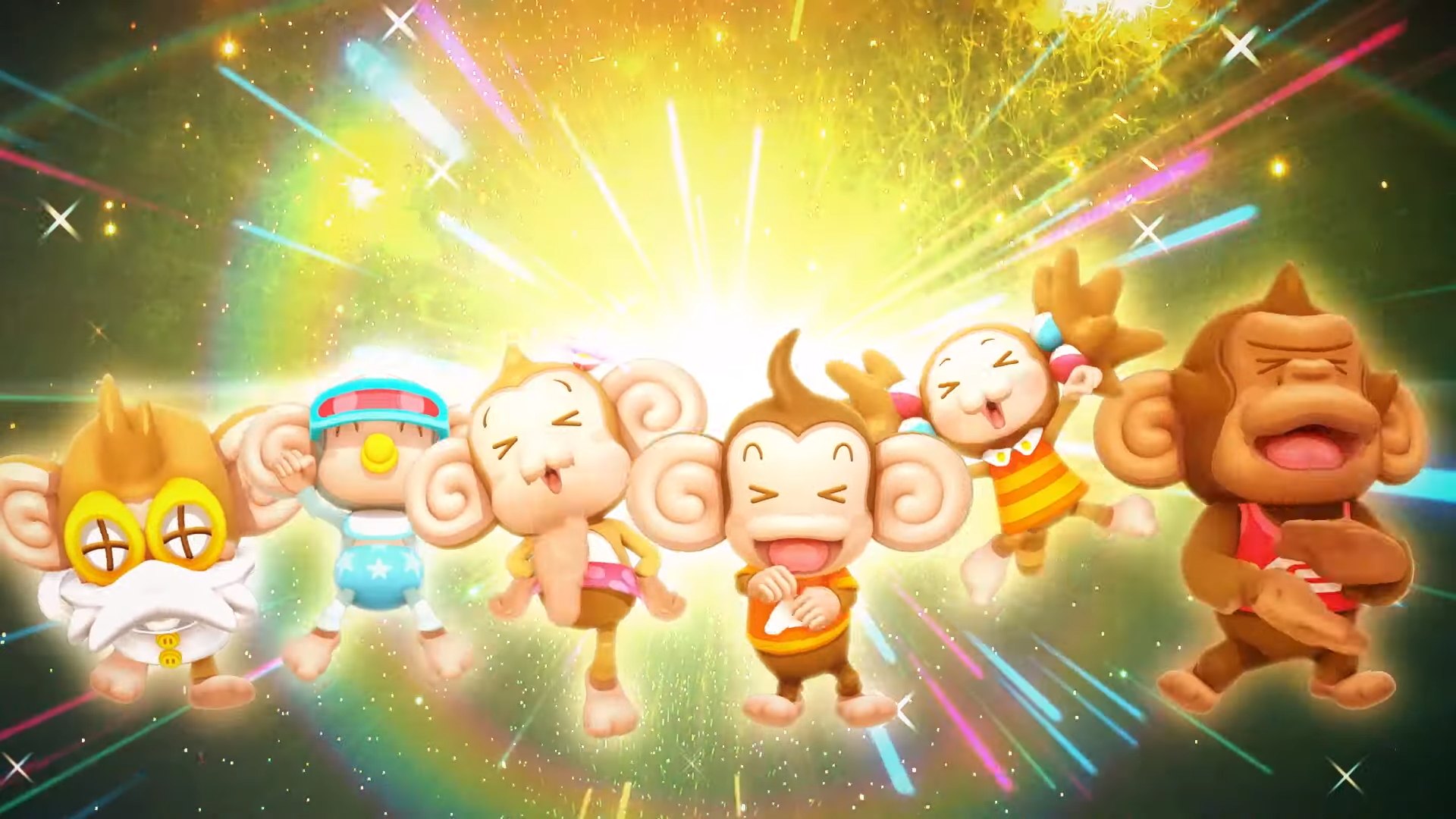