It appears that Naughty Dog’s standalone The Last of Us multiplayer game will feature a battle pass and F2P mechanics in some shape or form.

According to his LinkedIn profile, Fortnite developer Anders Howard has moved to Naughty Dog and is working as a Principal Monetization Designer, possibly to work on the battle pass and other F2P elements in The Last of Us multiplayer title. The move comes after 7 and a half years at Epic Games, where he worked as a Senior Systems Designer on Fortnite, followed by a brief 10 month job as Lead Systems Designer at Ubisoft Stockholm. 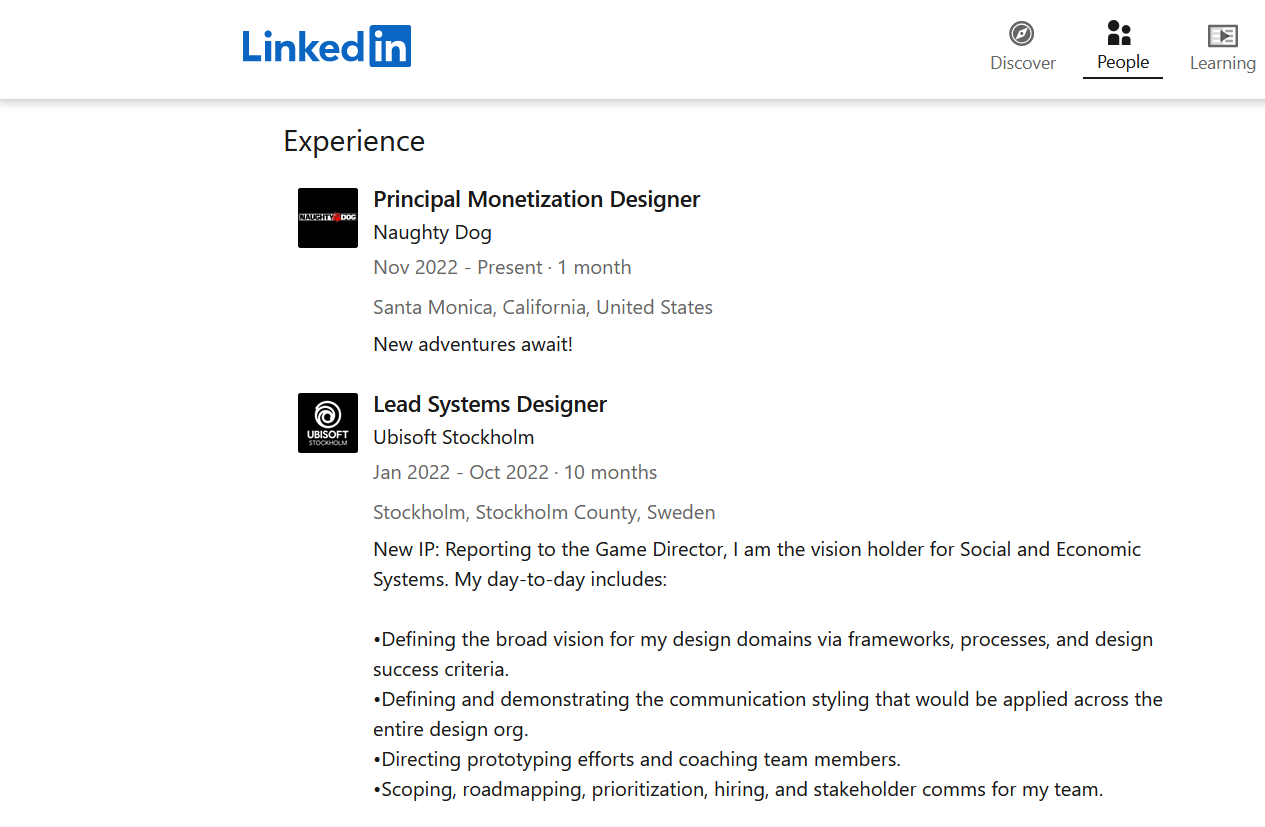 Based on the details stated in his LinkedIn profile, Howard was responsible to help form the core of Battle Pass progression strategy, delivering overwhelming value for that product to as many players as possible. He was involved in the founding of the Social team, taking point on systems design for the game’s first social mechanic i.e. ‘Cosmic Chests’. As the resident expert, he also consulted on Battle Pass integrations across Rocket League and Fall Guys, and Fortnite Battlepass XP integration for Creative, Impostors, and many LTMs.

Howard states in his resume that he designed many of the core systems of Fortnite: Save the World from the ground up, with a focus on combat model, economy, the skill tree, content scaling, and progression. He went on to ship 8 seasons of live content for Save the World. Later, he moved over to Fortnite: Battle Royale, where he went on to ship 12 more seasons of Battle Pass quest and progression content, owning the collectible gameplay, quest pipeline, and Battle Pass XP.

Given his prior experience, Howard appears to be a good fit for handling the development of a potential battle pass and Free-To-Play mechanics for The Last of Us multiplayer project.

As of writing, no platforms have been announced for Naughty Dog’s Factions multiplayer game, though the PS5 is a safe bet. Given its live service status and the fact that The Last of Us Remake is also getting a PC release, it may well arrive on PC alongside the console release. As for whether the game is cross-gen and will be available on the PS4 remains a question mark.