The Medium is a horror adventure game that focuses on the recurring theme of duality. The game is developed by Bloober Team, a studio known for its past work on other psychological horror experiences, such as Layers of Fear and Observer. While the aforementioned games were played from the first-person perspective, The Medium is played in third-person from the perspective of Marianne, a young orphan who grew up with extraordinary abilities.

Since childhood, the protagonist can access the other plane of existence and communicate with the dead in a desolate spirit dimension. Marianne’s special ability has made life harder for her, as her back and forth between both world worlds has led to dissonance and her never truly feeling like she’s a part of either reality. Set in Poland during the 90s, the game’s locales are inspired by real-life places. Your journey takes you to the abandoned ruins of Niwa, a locality once full of life now covered in dust and debris. As you explore different areas, you begin to unravel buried secrets as well as events that led to the Niwa Massacre.

In a page that is taken right out of classic survival horror games, The Medium is played from semi-fixed camera perspectives. In other words, the camera is strictly under the control of the game, and it determines what perspective is best suited for a given instance. Points of interest are often the focus of these fixed viewpoints, to direct the player towards them. Much like in those early survival horror games with fixed camera perspectives, while The Medium looks cinematic and appealing, traversing between areas and, in turn, transitioning between different viewpoints can get awkward and disorienting. In addition, moving around as Marianne often feels clunky and unintuitive. 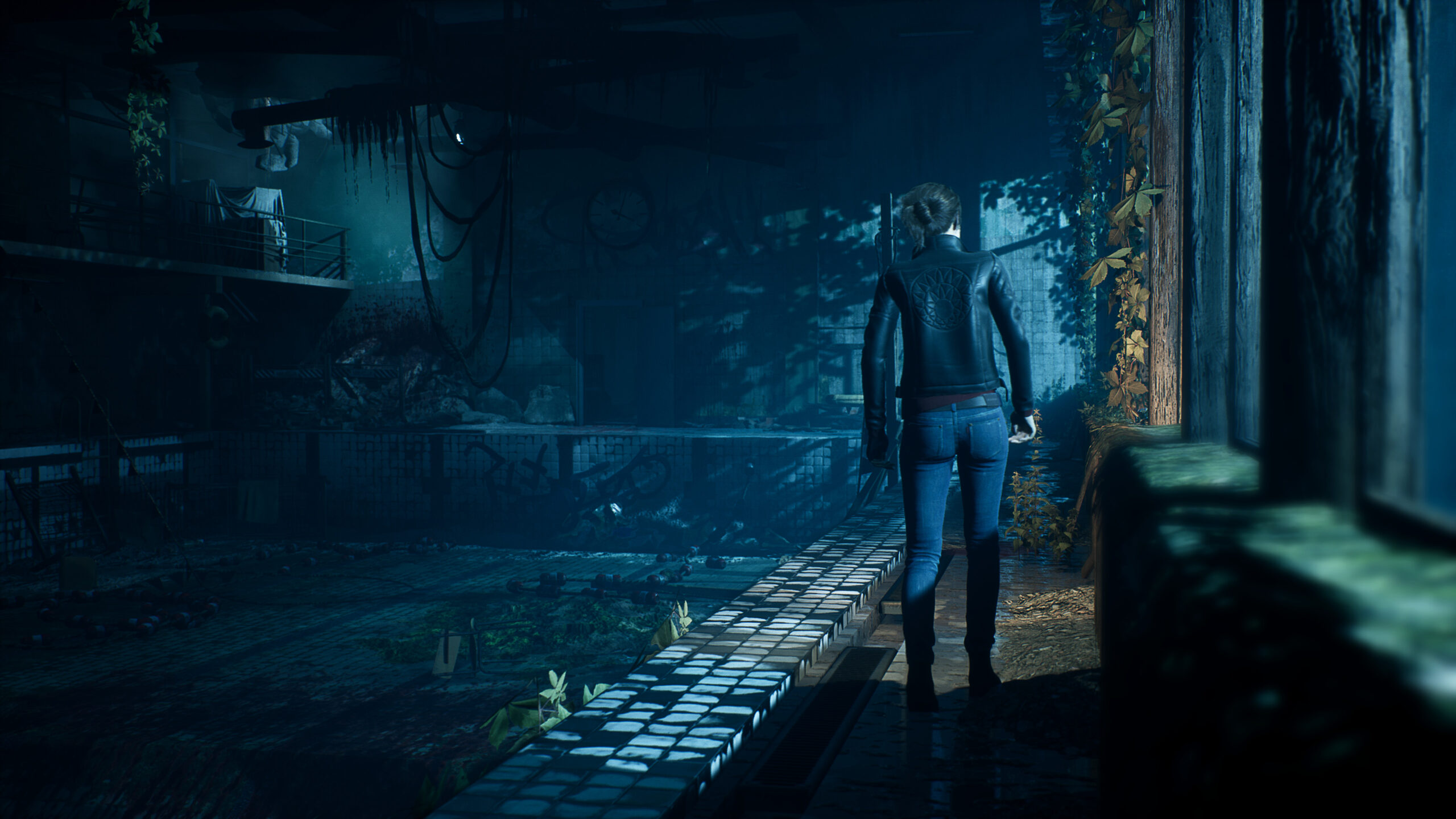 One of the main selling points of The Medium pertains to its depiction of a dual reality. This mechanic is based on Marianne’s ability to simultaneously exist in both worlds. As you progress through the story, the game will often put you into a split-screen. You’re essentially in control of two versions of Marianne, with both responding identically to your input. An obstacle in one reality prevents both of her versions from making progress. As a result, you’re required to eliminate such puzzle-like hurdles by finding corresponding solutions.  It’s also possible for Marianne to unshackle herself from the physical world and freely explore the spirit realm for a limited period of time. The key to solving a puzzle in one reality is often found in the other, making your task a bit more complex. For example, acquiring energy from a spirit well and channeling it to another dormant one in the spiritual dimension can lead to the reactivation of a door opening mechanism in the physical dimension. Similarly, unlocking a door in the physical world also opens the way for Marianne in the spirit dimension. 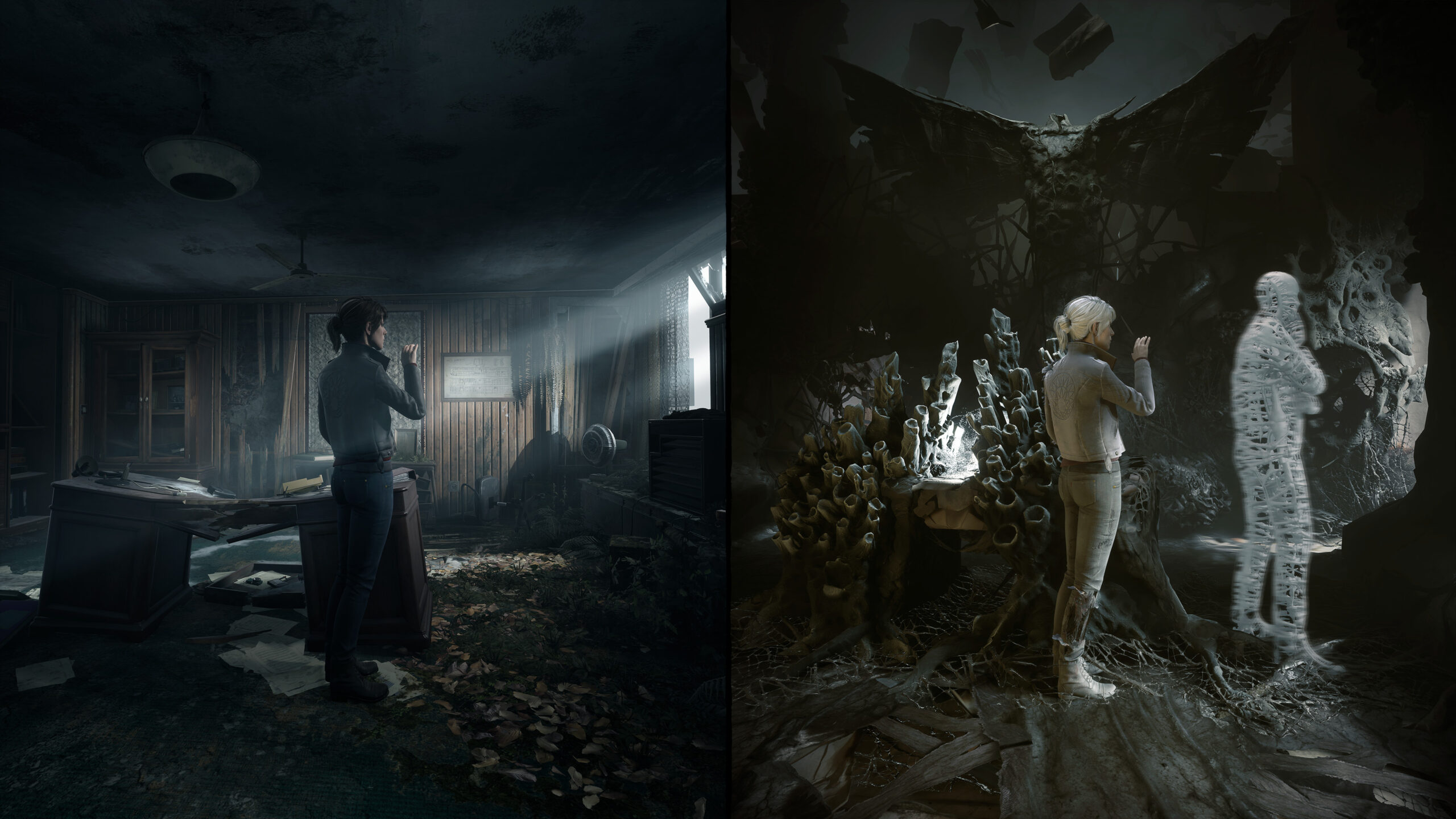 On its own, the dual reality mechanic is unique and paves the way for some well-crafted possibilities, both in terms of gameplay and storytelling. However, the further you advance, the more apparent its limitations become. The game dictates when you’ll enter split-screen, and therefore it’s not a mechanic that’s readily available to you at all times. Things become rather predictable, as each time you’re simultaneously put in control of both dimensions, it’s usually to find your way around a hurdle that prevents you from progressing to the next area. Once you make it through, it’s back to business as usual in the physical or spirit world. The puzzles themselves tend to get repetitive over time, especially in the second half, as they involve plenty of backtracking and, as a result, feel heavily padded. 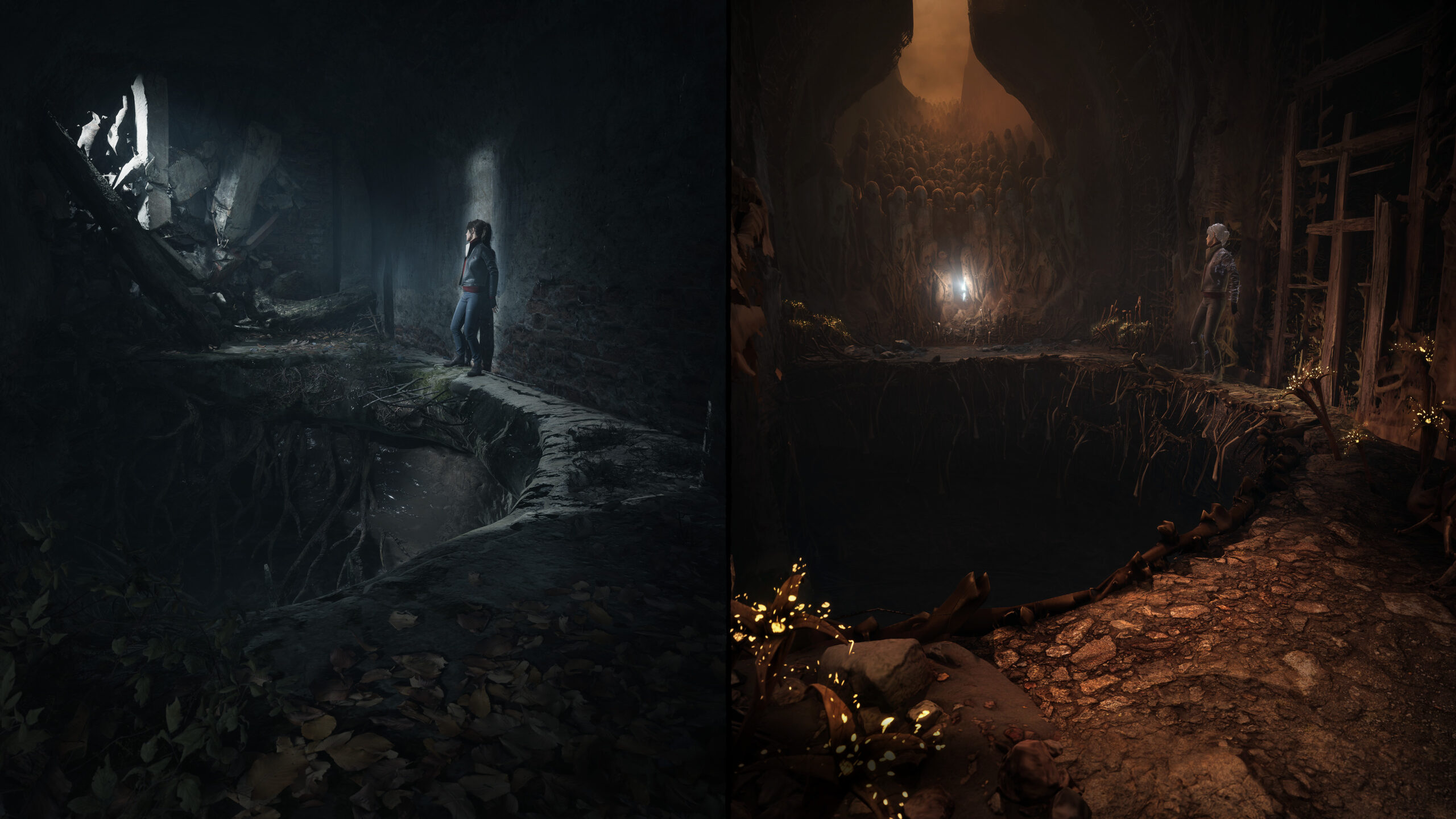 From time to time, you’ll also confront a demon-like being that chases you around. These sections also involve some light stealth, as you try to get to safety while staying outside of the creature’s line of sight. The occurrence of these sequences is largely scripted, and they often involve some trial and error before you manage to figure out the correct path. A more dynamic approach to these encounters, such as those seen in Resident Evil 2 Remake with Mr. X, would’ve made for a far more compelling experience. Nevertheless, these encounters are still thrilling and offer a nice change of pace from the puzzle solving. It’s also in one such chase sequence where you see signs of a game that’s only possible on current generation platforms, as the lines between both realities begin to blur spectacularly. It’s disappointing, then, that this aspect wasn’t further explored in the remainder of the game. 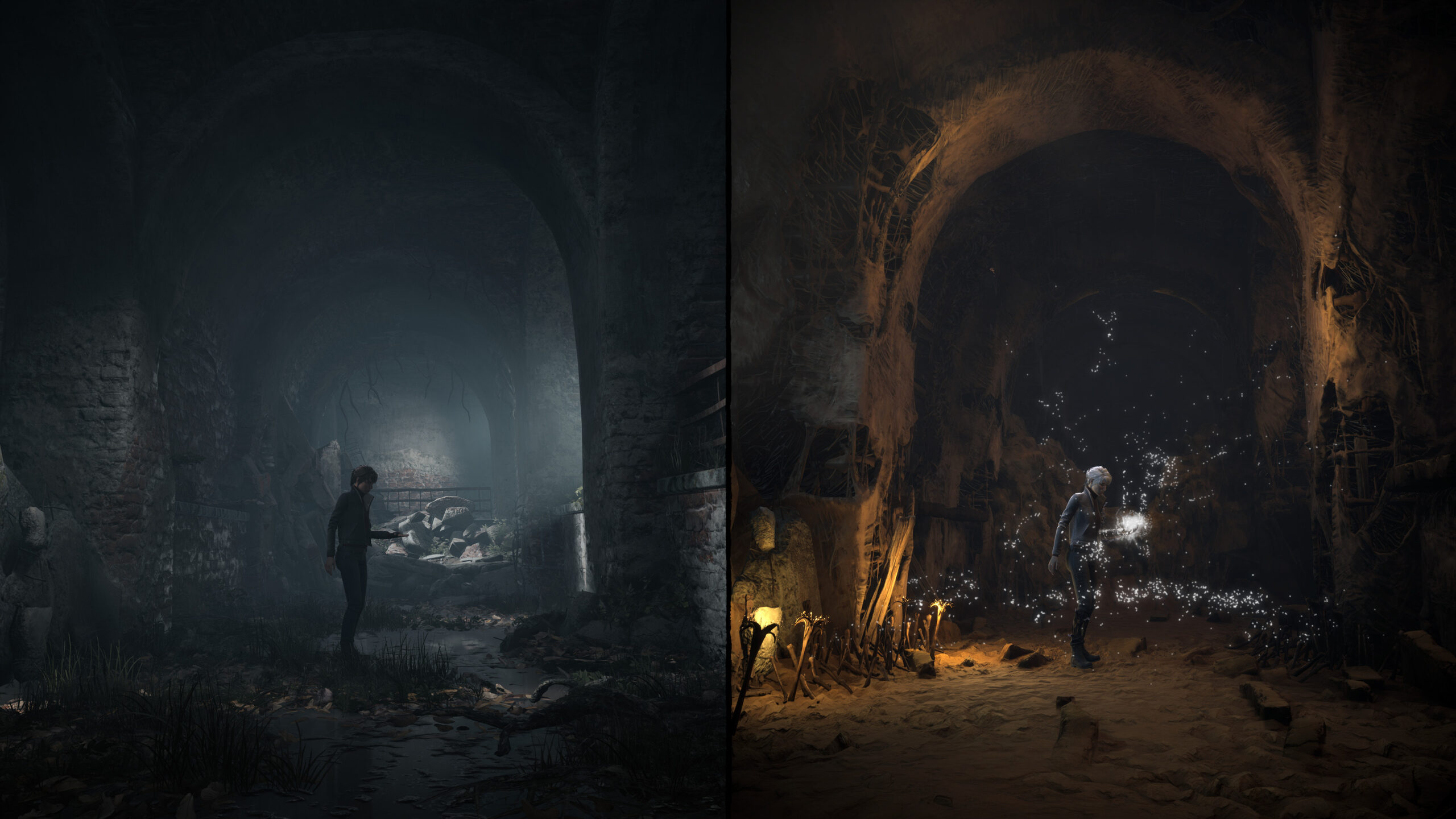 The Medium is the marriage of old-school psychological horror with modern technology. The end result is a game that has some creative leverage but is held back by dated mechanics. That said, it succeeds in delivering a cinematic experience with a compelling narrative.

The Medium marries old-school horror with modern technology to mixed results but succeeds in delivering a cinematic experience with a compelling narrative.

The Medium Is Not Coming To PS Plus In September, Confirms Bloober Team
Ali Haider August 23, 2021

The Medium PS5 Version Has No Ray-Tracing, Worse Load Times but Higher Resolution Than XSX

The Medium Is Not Coming To PS Plus In September, Confirms Bloober Team