The Quarry: How To Save Abigail

If you’ve been having trouble keeping Abigail alive in Supermassive Games’ latest drama horror game, The Quarry, and are trying to figure out a way to save her life up until the very end, read ahead to find out how.

Saving each of the 9 main characters can get very tricky, as there’s just one miscalculated choice between life and death in Supermassive Games’ latest horror title. As such, we’ve put together this guide, which should allow you to save Abigail in The Quarry. 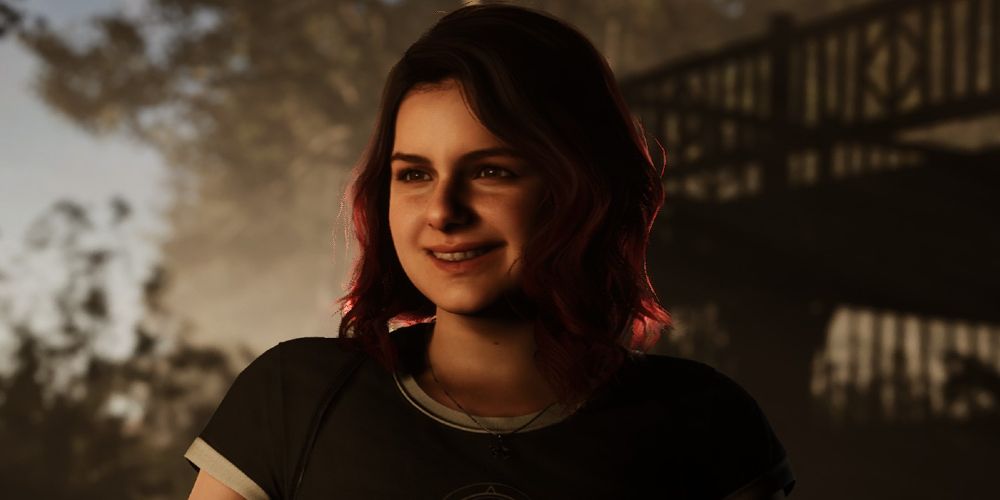 How To Save Abigail In The Quarry

In order to save Abigail’s life, you’ll need to be mindful of certain choices across several chapters, beginning with Chapter 1.

Abigail and Emma will be hanging out together. Make sure to clear the QTE, and the pick the following choice:

Once inside the cabin, go over to the left and grab the stuffed toy, then pick the following choice:

The stuffed toy is more of an optional item that can come in handy later on.

As the chapter begins, you’ll assume control of Abigail. During your first conversation with Nick, pick the following choices:

When Nick is attacked by a werewolf, you must aid him while simultaneously keeping Abigail alive. Helping Nick is crucial to Abigail’s survival later on. As such, avoid failing the QTE here. Pick the following choices:

After Nick is bitten by a werewolf in Chapter 3, he’ll gradually begin his transformation until he turns into one himself in Chapter 6.

When you regain control of Abigail in Chapter 5, you must select all of the kind and positive choices given to you during interactions with Nick. Pick the following options:

As he gets closer to turning into a werewolf, Nick will turn malicious. You’ll need to make sure that Abigail remains calm despite these turn of events. Pick the following choices:

Once Nick begins to transform into a werewolf in Chapter 6, it’s finally time for Abigail to retaliate. Shoot him right as he transforms, and he’ll cower away and leave the area. If you don’t choose to shoot him here, he’ll end up killing Abigail. Pick the following choices in this chapter:

It’s important that you keep Emma alive up until this point, as she’ll be accompanying Abigail in this chapter. Pick the following choices:

Make sure to clear all the QTEs involving Laura and Ryan next.

Later in the bunker basement, you’ll once again be in control of Abigail. Keep heading towards your left, where you will eventually come across a fuse box. Take the shotgun shells laced with silver from inside the fuse box, which Kaitlyn will be able to use later on. Alternatively, she’ll also be able to take the stuffed toy you grabbed in Chapter 1 as Abigail. Doing so will allow the latter to use it to lure the werewolf into the freezer. For now, take Abigail and Emma up the ladder ahead, where they should remain safe from the werewolves.

That’s it for Abigail’s part, as she isn’t under direct threat from anyone else beyond this point.