ESRB has provided a rating for Triangle Strategy, and upcoming SRPG from Square Enix for the Nintendo Switch. Here’s what they had to say about it.

Triangle Strategy is developed using the 2D-HD engine that was first seen in Octopath Traveler. It is currently in development for the Nintendo Switch. 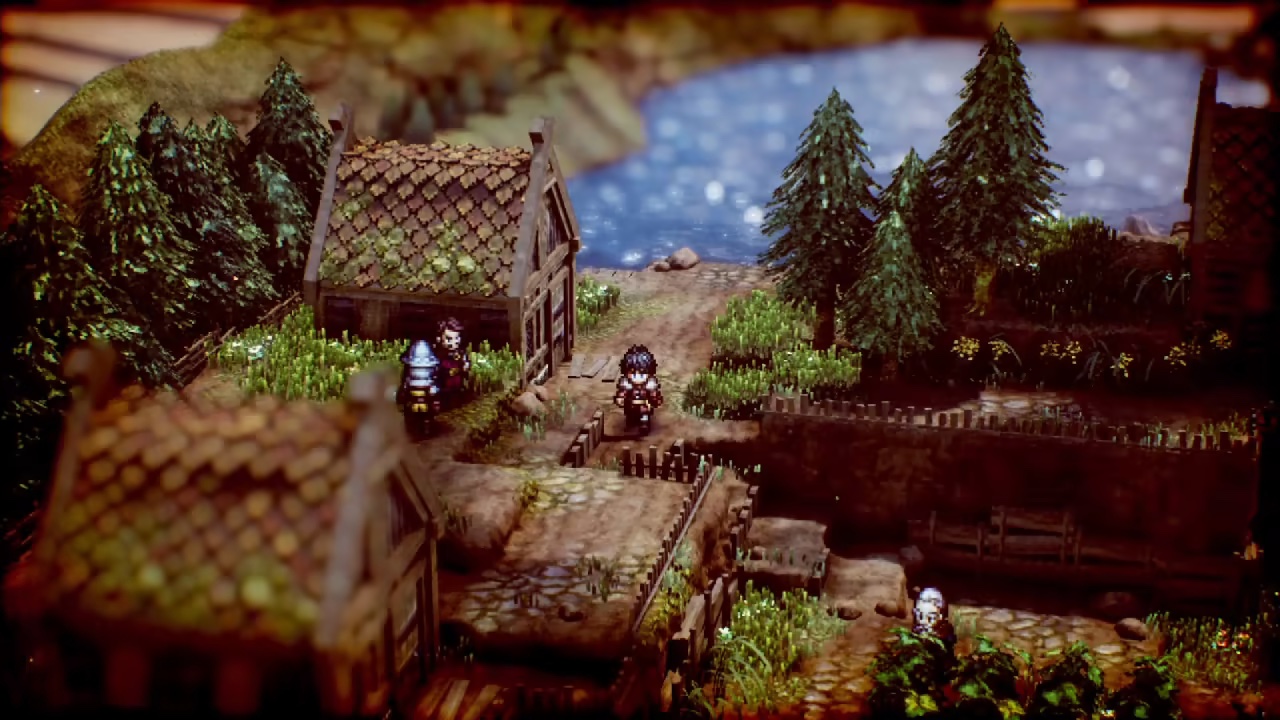 Check out what ESRB had to say about the game below. They gave Triangle Strategy a Teen rating citing Blood, Fantasy, Violence, Language, Mild Suggestive Themes,  and Use of Alcohol.

This is a role-playing adventure game in which players follow the story of a nobleman whose kingdom is on the brink of war. As players progress through the narrative, they can interact with characters to gain allies, make dialogue choices, and engage in tactical turn-based combat. Presented from a 3/4-overhead perspective, players position characters on a grid-based area, using weapon strikes and magic to defeat enemy forces. Battles are accompanied by cries of pain, impact sounds, and screen-shaking effects. Cutscenes depict additional acts of violence and blood: a character with a pool of blood underneath his body; a character killed by an arrow; a character executed off-screen. Some female characters are designed in outfits with moderate amounts of cleavage; the dialogue contains some suggestive innuendo (e.g., “You really must use your head more often. The one atop of your shoulders, that is”; “You seem like an honest man. I will thoroughly enjoy laying you down….hahaha.”). The game contains some references to wine, ale, and getting “tipsy” in dialogue; a drunk character is depicted slurring his speech, hiccupping, then passing out. The word “sh*te” is heard in the game.

Triangle Strategy will be out on March 4, 2022, for the Nintendo Switch.

Previous Article
Star Wars Jedi: Fallen Order Sequel To Be Revealed Before E3, Targeting 2022 Release
Next Article
The Ascent Is Finally Coming To PS4 and PS5 According To ESRB