Valorant Is Reportedly Getting A Console Version Soon

Riot Games’ Valorant is reportedly all set to receive a console version sometime soon, based on the latest information.

According to multiple job listings on hitmarker, the game will be getting released on consoles. The Valorant job listings are for a senior game designer and a game design manager, both in relation to the development of the console versions. 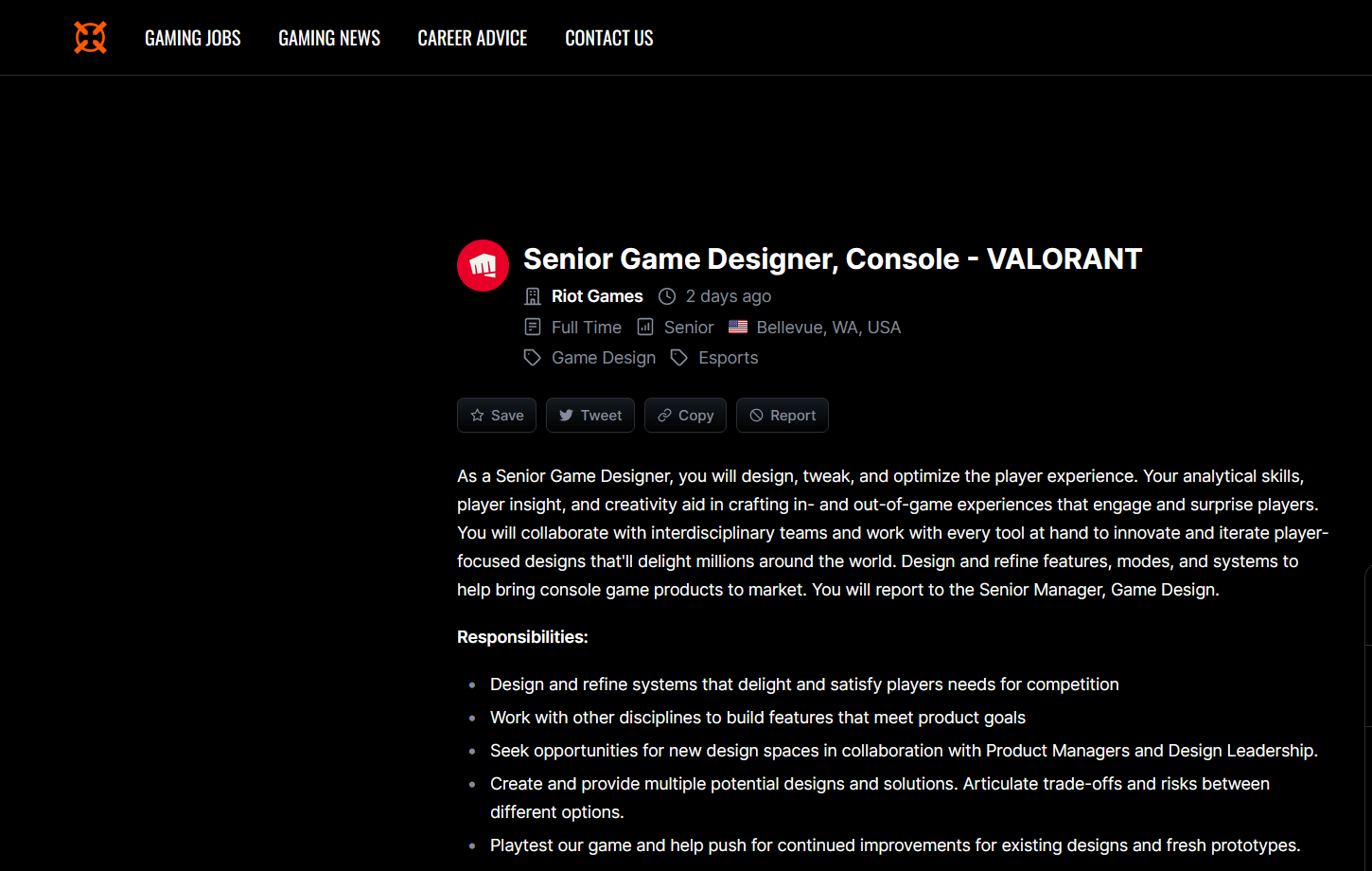 The job description for the senior game designer states that candidates will be required to design, tweak, and optimize the player experience. Their analytical skills, player insight, and creativity will aid in crafting in-game and other game experiences that engage and surprise players. The new recruit will collaborate with interdisciplinary teams and work to innovate and iterate player-focused designs. This is likely in relation to the console-specific versions that will require individual balancing of gameplay.

Meanwhile, candidates for the Game Design Manager position will be front and center in defining the direction of Valorant for consoles. They’ll partner with leads from multiple disciplines to ensure that the game is the best it can be, leaving no conceptual stone unturned. They’ll apply rigorous critical thinking and a strong dose of imagination to engineer the fun of thrilling in-game and other experiences. They’ll collaborate with multiple interdisciplinary teams to create player-focused designs.

Valorant is a free-to-play first-person tactical hero shooter developed and published by Riot Games, for Microsoft Windows. The game was teased in October 2019 under the codename Project A, and on April 7, 2020, a closed beta with restricted access started. Development began in the year 2014, and the game was officially released on June 2, 2020. The tactical shooter series Counter-Strike serves as an inspiration for Valorant, which borrows several gameplay elements from it, including the buy menu, spray patterns, and movement inaccuracy.

Vanguard, the game’s anti-cheat programme, has drawn criticism because it was found to run on a kernel driver, which grants access to the computer system. Some expressed concern regarding the kernel driver potentially being misused by third parties as well as the possibility of Riot Games and its owner, Chinese tech giant Tencent, spying on players.