It appears that the PS Plus Extra subscription service is all set to lose a major Ubisoft title in the month of December, 2022.

The PlayStation Store page for Ubisot’s most recent entry in the Assassin’s Creed series, Assassin’s Creed Valhalla has been updated to indicate that the game will leave the PS Plus Extra catalog in December, 2022. 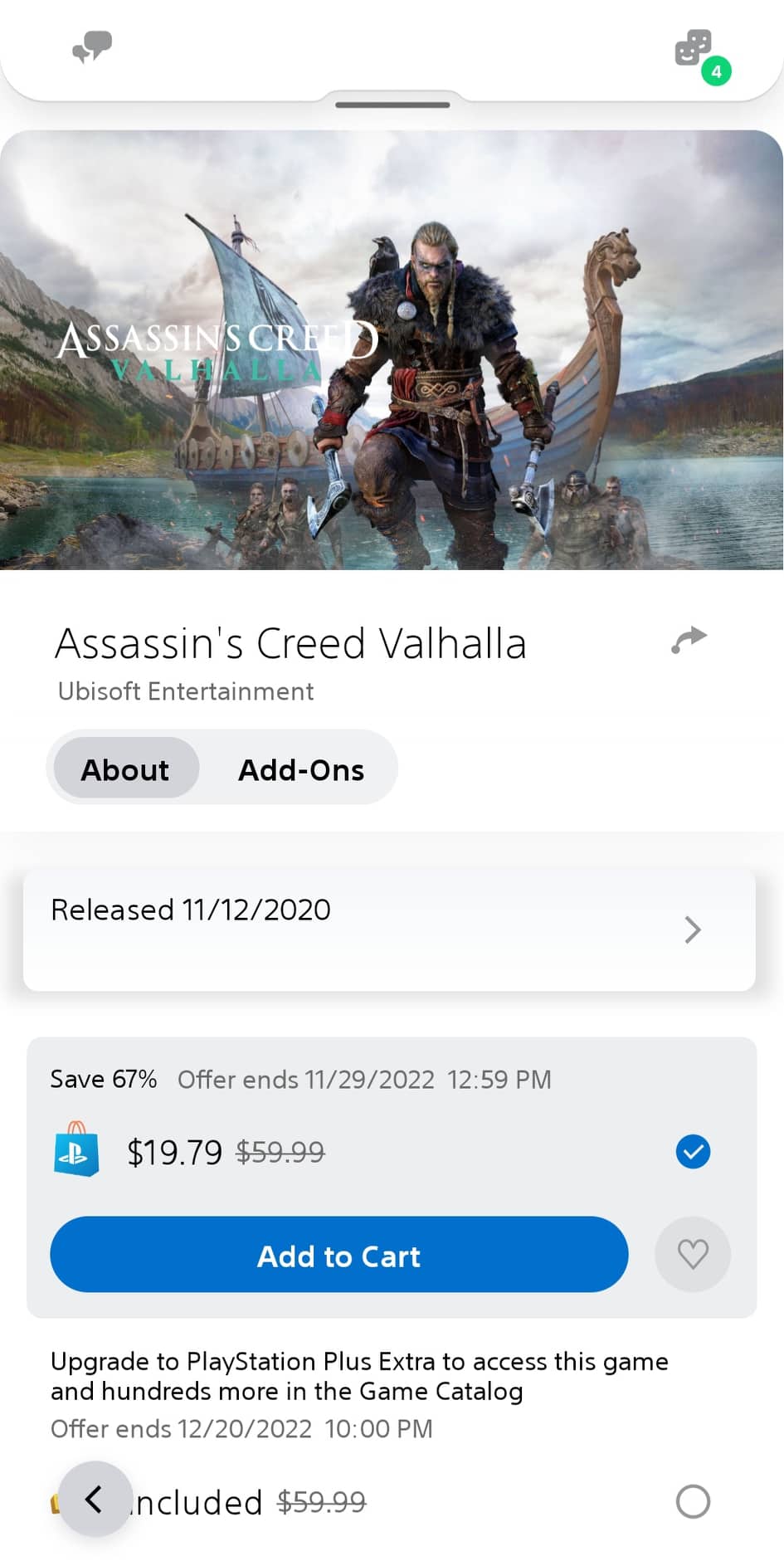 To be exact, Assassin’s Creed Valhalla will be leaving the PS Plus Extra catalog of games on December 20, 2022. PS Plus Extra subscribers who are looking to play through the game ought to start playing now, as there’s less than a month left to do so. The game has been available on the service since the latter launched earlier this year in June, 2022, so its period of stay in the catalog was around 6 months.

Assassin’s Creed Valhalla is a 2020 action role-playing video game developed by Ubisoft Montreal and published by Ubisoft. It is the twelfth major installment in the Assassin’s Creed series, and the successor to 2018’s Assassin’s Creed Odyssey. It is the series’ twelfth mainline entry and the follow-up to 2018’s Assassin’s Creed Odyssey. The game tells a fictional tale set primarily in the years 872–878 AD, during the Viking incursions into the British Isles. Players take control of Eivor Varinsdottir, a Viking raider who finds himself caught up in a centuries-old conflict between the Assassin Brotherhood, which fights for peace and liberty, and the Templar Order, which seeks peace through control, while attempting to found a new Viking clan in England.

A 21st-century framing story that follows Layla Hassan, an assassin who relives Eivor’s memories in order to discover a way to prevent the destruction of the Earth, is also included in the game. On November 10, 2020, Valhalla was made available for Microsoft Windows, PlayStation 4, Xbox One, Xbox Series X and Series S, and Stadia. The PlayStation 5 version was made available on November 12.

Tags:
Previous Article
5 Top Play-to-Earn Games with NFTs or Crypto
Next Article
Valorant Is Reportedly Getting A Console Version Soon