Aladdin has received its first ever look today courtesy of Entertainment Weekly and this has left the fans in a weird position due to the Will Smith’s Genie appearing as a human character instead of his classic blue design.

Aladdin was first teased by Disney in a short teaser trailer that revealed the opening footage from the movie. It was a very small teaser that had nothing important shown until the last couple of seconds. You could see the Cave of Wonders in the short teaser as Aladdin played by Mena Massoud was seen eyeing the magic lamp featuring Genie played by Will Smith. 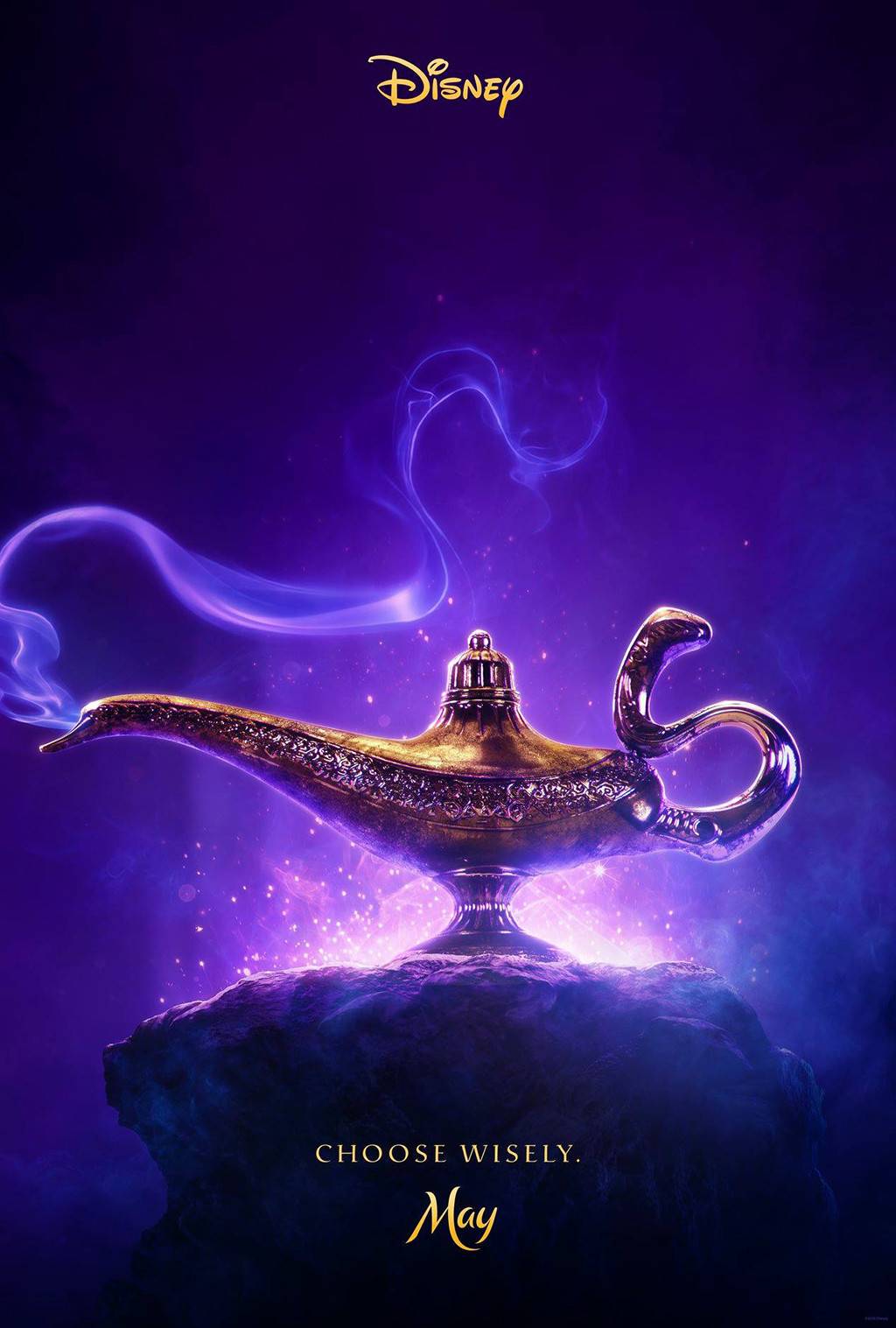 Today, Entertainment Weekly has shared a first exclusive look at Aladdin that also shows Genie and Jasmine played by Naomi Scott. The thing that has started to worry fans is how Genie was shown in his human form, but Will Smith has now clarified on his social media account that he will mostly appear in CGI sporting his classic blue look while this is just his human form. 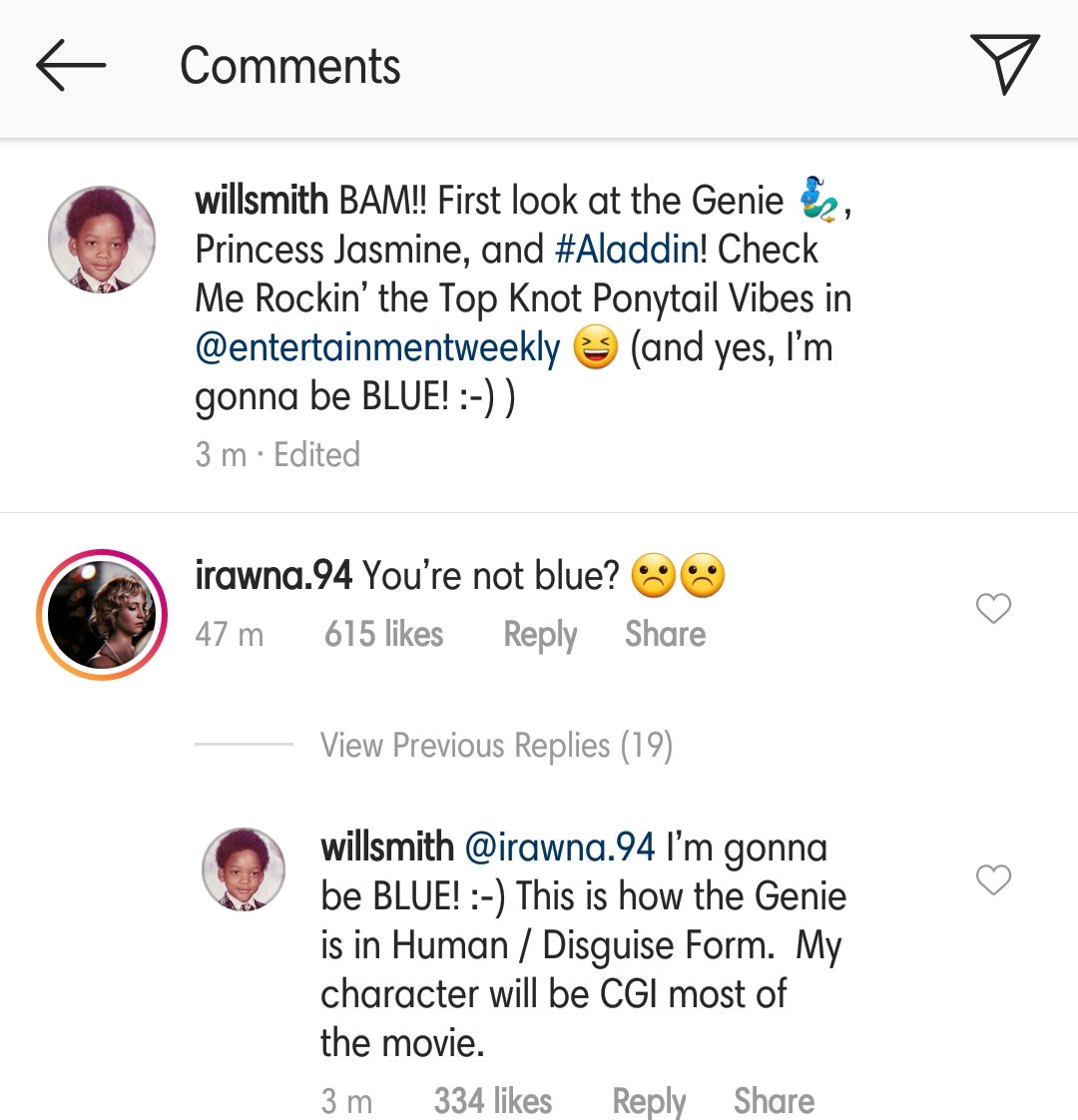 He replied to a comment made by a fan where he clarified his role in the movie while also making a post on Instagram that stated that yes, he will be blue.

Disney’s Aladdin is one of the many live-action movies based on their classic animated hits along with The Lion King and Dumbo, that are all set to arrive in theatres in 2019.

Here’s A Much Better Look At Will Smith’s Genie In Disney’s Aladdin
Salal Awan February 11, 2019