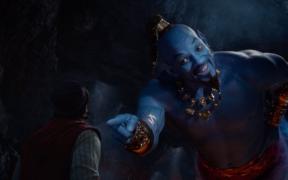 Entertainment, News
Disney’s Aladdin Is On Pace To Earn More Than $100 Million In Its Debut Week
Ali Haider May 25, 2019

Disney’s Aladdin is off to a fantastic start and now it is looking more likely that the movie will finish this memorial weekend with more than $100 million box office debut. Disney’s Aladdin had a rocky promotional campaign. When it was first revealed that Will Smith will be portraying Genie, it was met with a […]

Disney has released the first proper trailer for the upcoming live-action Aladdin remake starring Will Smith, Mena Massoud, and Naomi Scott. They had a short teaser and multiple stills from the movie released earlier, but this is the first time a proper trailer has been released by them. Disney’s Aladdin is a remake of the […] 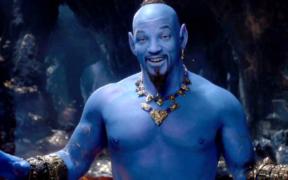 As Disney released the debut trailer for their Aladdin live-action movie, a lot of chatter around it surrounds the iconic look of Will Smith’s Genie. It turns out that he is not that bad looking at all. While the official trailer only shows a brief glimpse of Genie, there is a still from the movie […] 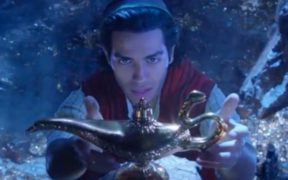 There was a new picture of Jasmine in Disney’s Aladdin that was making rounds online on various social media websites, and she can be seen wearing a new attire and looks gorgeous. Disney’s Aladdin is a live-action remake of the animated classic from Disney. It stars Mena Massoud as Aladdin, Naomi Scott as Jasmine and […]

Entertainment, News
Will Smith Confirms That Genie In Aladdin Will Be Blue And Mostly CGI
Salal Awan December 19, 2018

Aladdin has received its first ever look today courtesy of Entertainment Weekly and this has left the fans in a weird position due to the Will Smith’s Genie appearing as a human character instead of his classic blue design. Aladdin was first teased by Disney in a short teaser trailer that revealed the opening footage […]