There was a new picture of Jasmine in Disney’s Aladdin that was making rounds online on various social media websites, and she can be seen wearing a new attire and looks gorgeous.

Disney’s Aladdin is a live-action remake of the animated classic from Disney. It stars Mena Massoud as Aladdin, Naomi Scott as Jasmine and Will Smith as Genie. When it was first revealed that Will Smith can show up in human form, it raised some controversy and fear among the fans that Disney will remove the iconic blue look of the Genie from the classic animated feature. Will Smith later clarified that this is not the case, and he will actually appear in Blue with CGI for the majority of the movie. 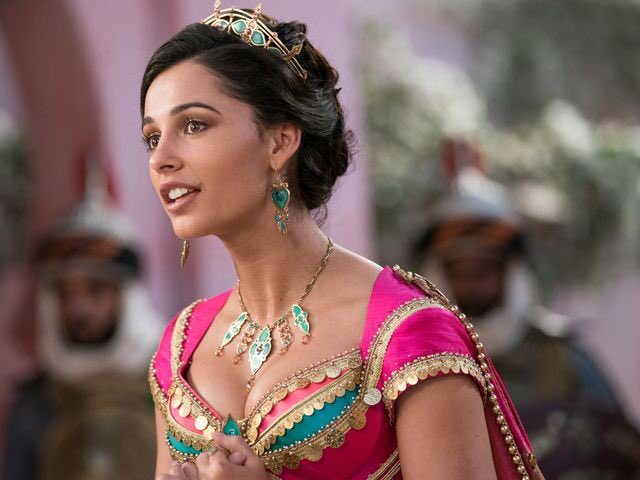 Jasmine is supposed to be from the Middle East but Naomi Scott, the actress who portrays her on the big screen, is British Indian. Her casting can be considered controversial, but she does look great in that picture even if her look doesn’t match the animated Jasime. Her acting will decide if casting her was the right call for this role.

Disney’s Aladdin is directed by Guy Ritchie. It will drop in theaters on May 29, 2019. This is third live-action Disney remake to launch this year along with The Lion King by Jon Favreau and Dumbo by Tim Burton.

Here’s A Much Better Look At Will Smith’s Genie In Disney’s Aladdin
Salal Awan February 11, 2019

Will Smith Confirms That Genie In Aladdin Will Be Blue And Mostly CGI
Salal Awan December 19, 2018