Here’s Everything Coming To Xbox Game Pass By June 2023

During the Xbox and Bethesda Games showcase, Microsoft announced a huge list of games coming to Xbox Game Pass between now and June 2023. Each of these games will be available day 1 on Game Pass, on the day of their release.

Each of the games listed below will be available on Game Pass for both Xbox and PC platforms over the course of the next 12 months. 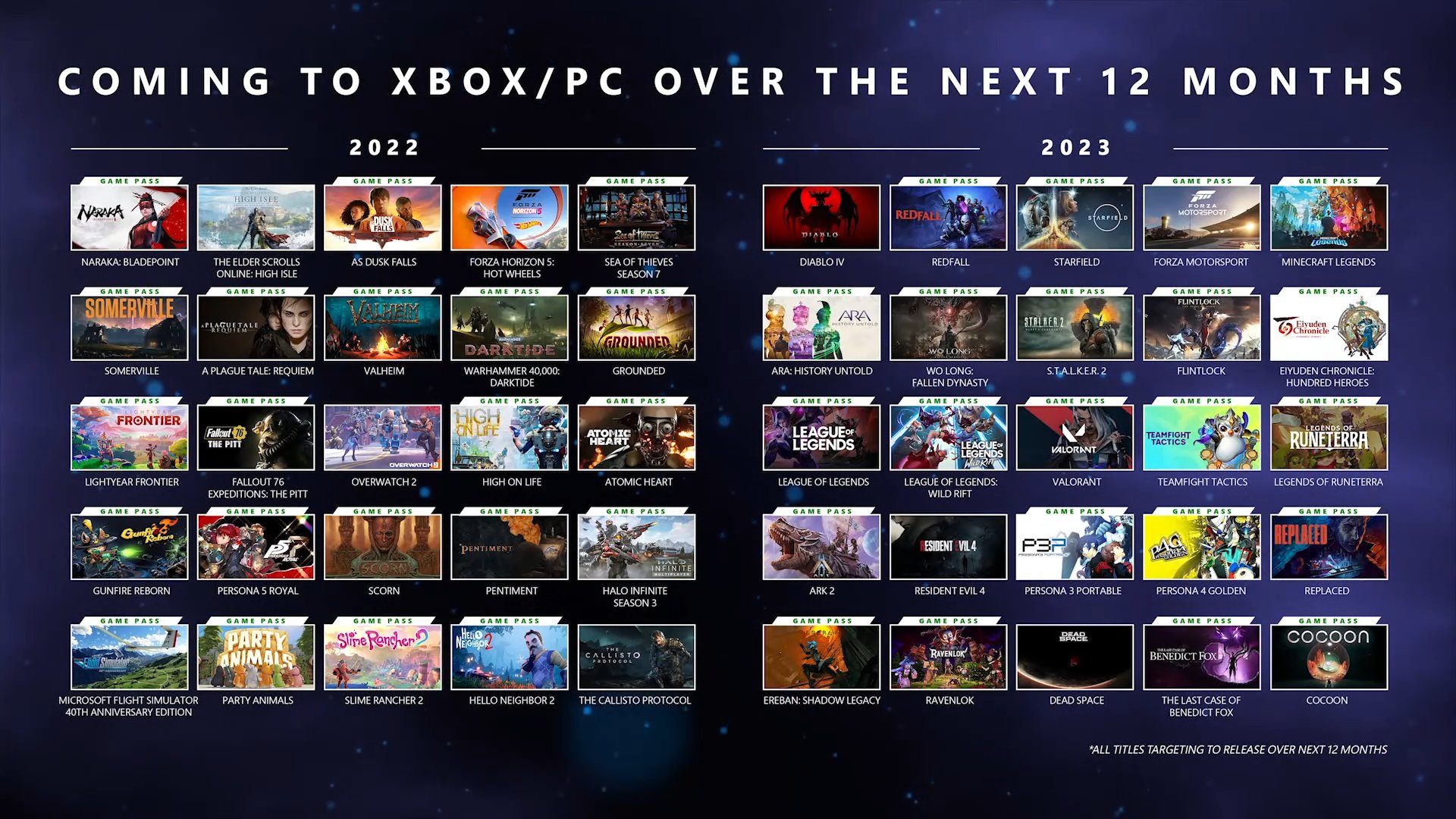 The list of games include prominent first party games like Starfield, Redfall, Forza Motorsport, and Forza Horizon 5: Hot Wheels. But that’s not all; there are also some big multiplatform titles listed here, including Persona 3 Portable, Persona 4, Persona 5 Royal, STALKER 2, Atomic Heart, League of Legends, and the sequel to Ark: Survival Evolved.

It seems that Microsoft has made a heavy investment in order to acquire these titles for release day 1 on Game Pass. This would undoubtedly be a major blow to the new PlayStation Plus subscription tiers, namely PS Plus Extra and PS Plus Premium, which is starting out tomorrow.

Microsoft’s message is clear; Game Pass is the place to be if you’re looking for subscription based access to a majority of the big releases throughout the coming year, regardless of whether you play on console, PC, or the Cloud.