Sega has announced a Yakuza Remastered Collection today for the PS4. It contains Yakuza 3, 4, and 5 which will run at 1080p and 60 FPS.

Yakuza 3 Remastered was leaked before its Gamescom announcement. Today, the launch of Yakuza 3 was officially confirmed and you can buy the game right now. The caveat is that the game will be available as part of a whole bundle, so you have to purchase the Yakuza Remastered Collection bundle which is available right now on PlayStation Store.

Read More: Cyberpunk 2077 Gets Some Lovely New Screenshots For Gamescom

Sega has also confirmed the release dates for the two other Yakuza games. Yakuza 3 is out on August 20 or in other words, today, while the rest of the games will arrive on the following date.

According to the press release sent by Sega, “these games will automatically unlock on these dates for all digital purchases of The Yakuza Remastered Collection.” So you need to get the collection which is available for $59.99 in order to play Yakuza 3, and the rest of the two games once they launch on their respective date.

Sega has also announced a retail release of Yakuza Remastered Collection. This will be out once the final game drops in February 2020. 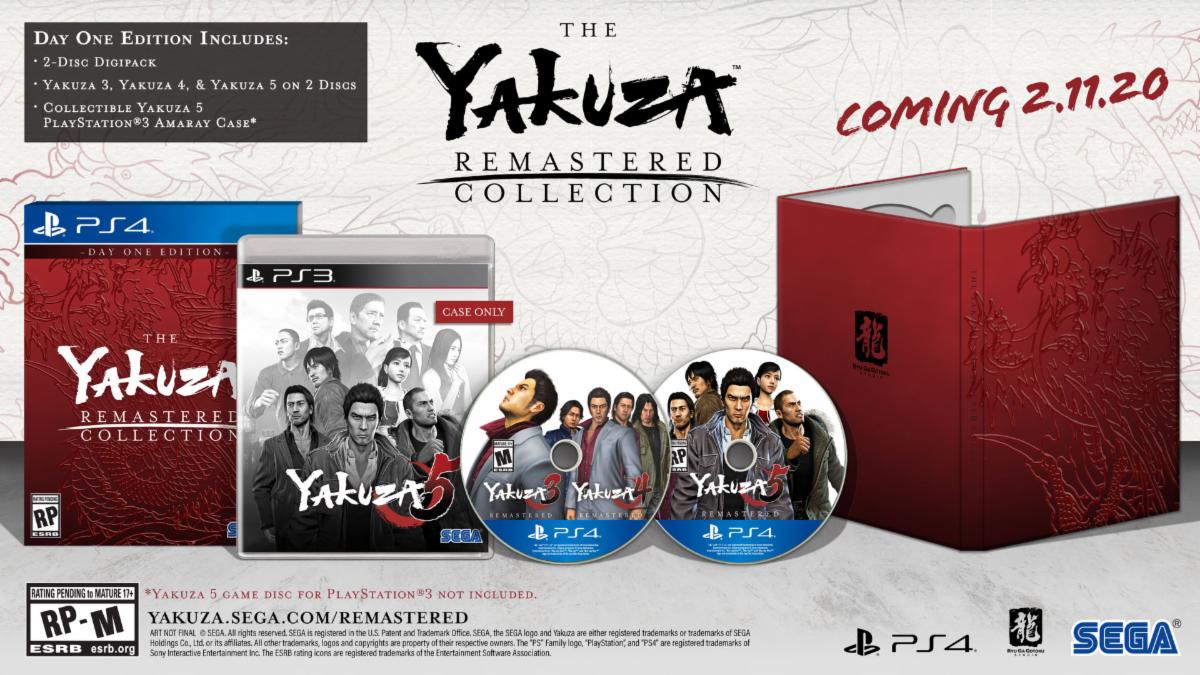 This will be a limited run print that “contains Yakuza 3, Yakuza 4, & Yakuza 5 on two disks in a striking red collectible case emblazoned with Kiryu’s trademark dragon tattoo.” Sega says this will be the first time Yakuza 5 will get a physical release for the West and they are not wrong since it was only released as a digital title on PlayStation Store after the demand of fans.

Lastly, if you want to complete your Yakuza collection, Sega is also offering a special Yakuza Origins Digital Bundle that comes with Yakuza 0, Kiwami 1, and Kiwami 2. These will then lead up to the story in Yakuza 3 so they are essential in enjoying the full experience. You can grab this bundle from the PlayStation Store for $49.99.