Xbox Game Studios’ Age of Empires IV is expected to release on Xbox consoles some time after February, 2023.

According to the new roadmap for Age of Empires IV, the Xbox console release of the game is expected soon after February, 2023. The roadmap was revealed as part of the Age franchise’s 25th Anniversary celebration post on the series’ official site. 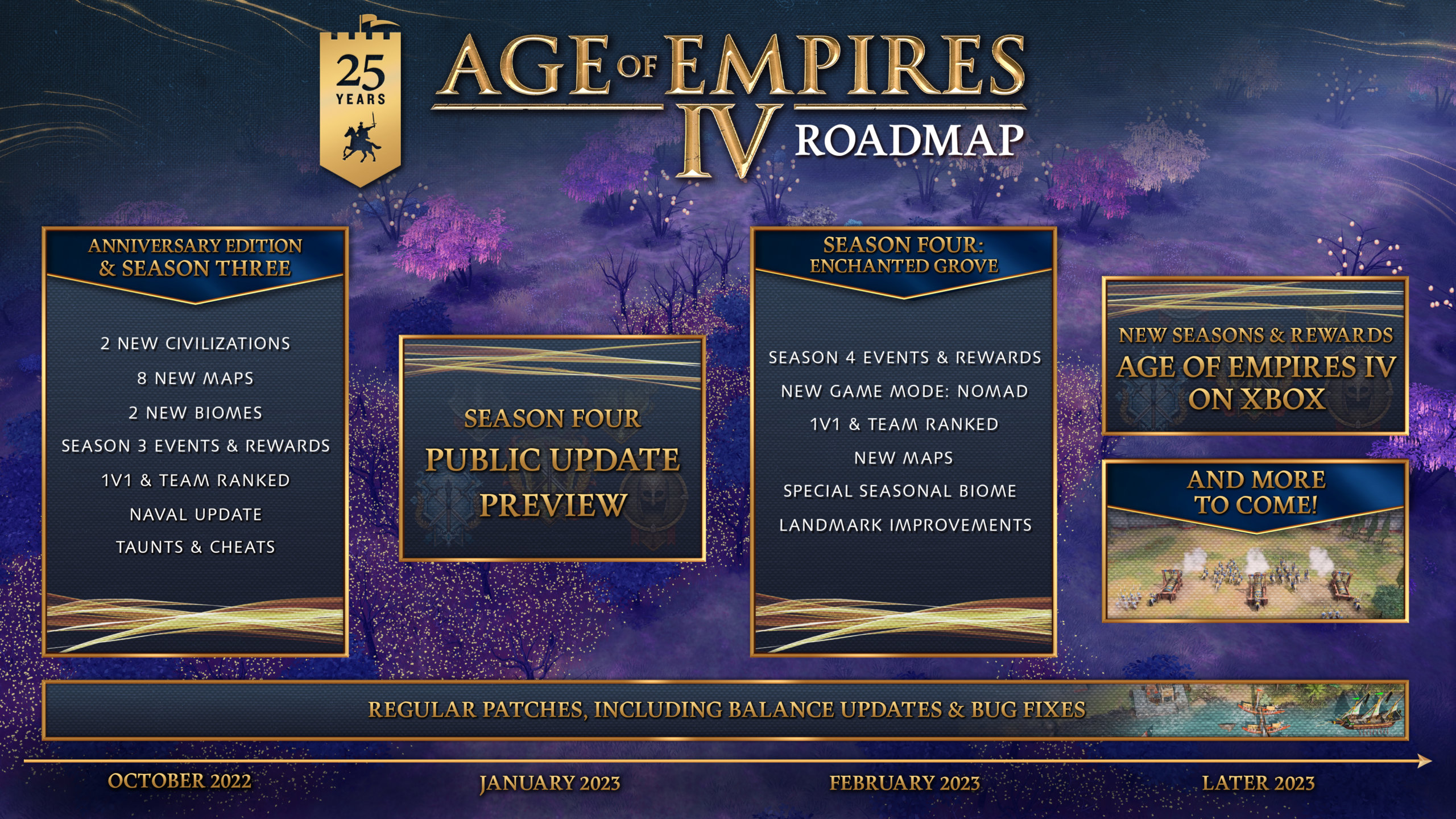 In the post, developer Relic Entertainment shares that there will be new content available in the game beginning from February 2023, including requested features and some enchanting environmental surprises for fans with Season Four: Enchanted Grove.

According to the developer, Season Four will also bring some exciting balance changes and will also be continuing the work to further decrease chat delay based on the community feedback. Here’s just a quick look at some of what fans can expect next February:

Lastly, the studio is looking forward to bringing Age of Empires IV to Xbox consoles some time after February 2023.