Aliens Fireteam Elite has received a release date and a new cover art ahead of its official announcement through a listing on Best Buy.

Aliens Fireteam Elite is a new third-person shooter from Cold Iron. It was revealed earlier this year for the PS4, Xbox One, and PC. It has also been rated by ESRB. It appears that the game has gone through a name change based on the new cover art. It also has a release date and price.

Aliens Fireteam Elite will be released on August 24 and will cost $39.99. The cover art for the game can be seen below courtesy of Best Buy. 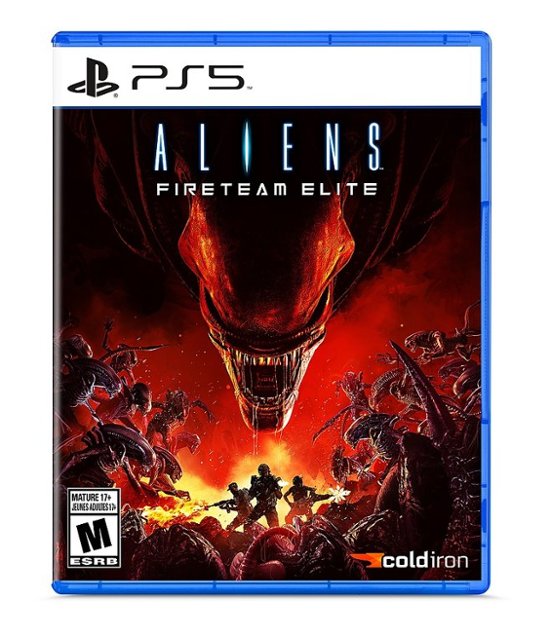 Best Buy has also shared a new screenshot from the game that appears to showcase a space station. This was not available in the earlier press release screenshots so it is definitely something new.

Here are some details on the game that were posted on Best Buy.

2202. A mysterious distress call reroutes your Marine Assault Unit to LV-895 in the outer colonies, where deadly Xenomorph legions, hidden corporate secrets, and ancient alien ruins await your arrival. Set in the iconic Alien universe, Aliens: Fireteam Elite is a cooperative 3rd-person survival shooter that drops your fireteam of hardened marines into a desparate fight to contain the evolving Xenomorph threat. Create and customize your own Colonial Marine, choosing from an extensive variety of classes, weapons, gear and perks, battling overwhelming odds in this heart-pounding survival shooting experience.

Play a pivotal role in the epic events that occur 23 years after the original Alien trilogy as a Colonial Marine stationed aboard the USS Endeavor, battling terrifying Xenomorph threats.

Face overwhelming odds against over 20 enemy types, including 11 different Xenomorphs along the evolutionary scale from Facehuggers to Praetorians, each designed with their own intelligence to ambush, outsmart and eviscerate vulnerable marines.

Choose from five unique classes – Gunner, Demolisher, Technician, Doc and Recon – each with their own special abilities and character perks. Utilize an extensive arsenal of 30+ weapons and 70+ mods/attachments in your effort to eradicate the Alien threat.

Up to 3 players online

Previous Article
Fortnite – Can You Have 2 Accounts?
Next Article
Phil Spencer Explains Why Halo Infinite Doesn’t Have a Release Date Yet