Gearbox Software debuted the first trailer for Borderlands 3 after sitting on the announcement for so long and it has led to a renewed interest in the series as fans are flocking to Steam to play the older games.

Borderlands 3 announcement was met with a lot of excitement and enthusiasm among the fans. There is no release date for the game yet, but Gearbox Software has promised more information on April 3rd, so a release date is possibly being announced at that time. 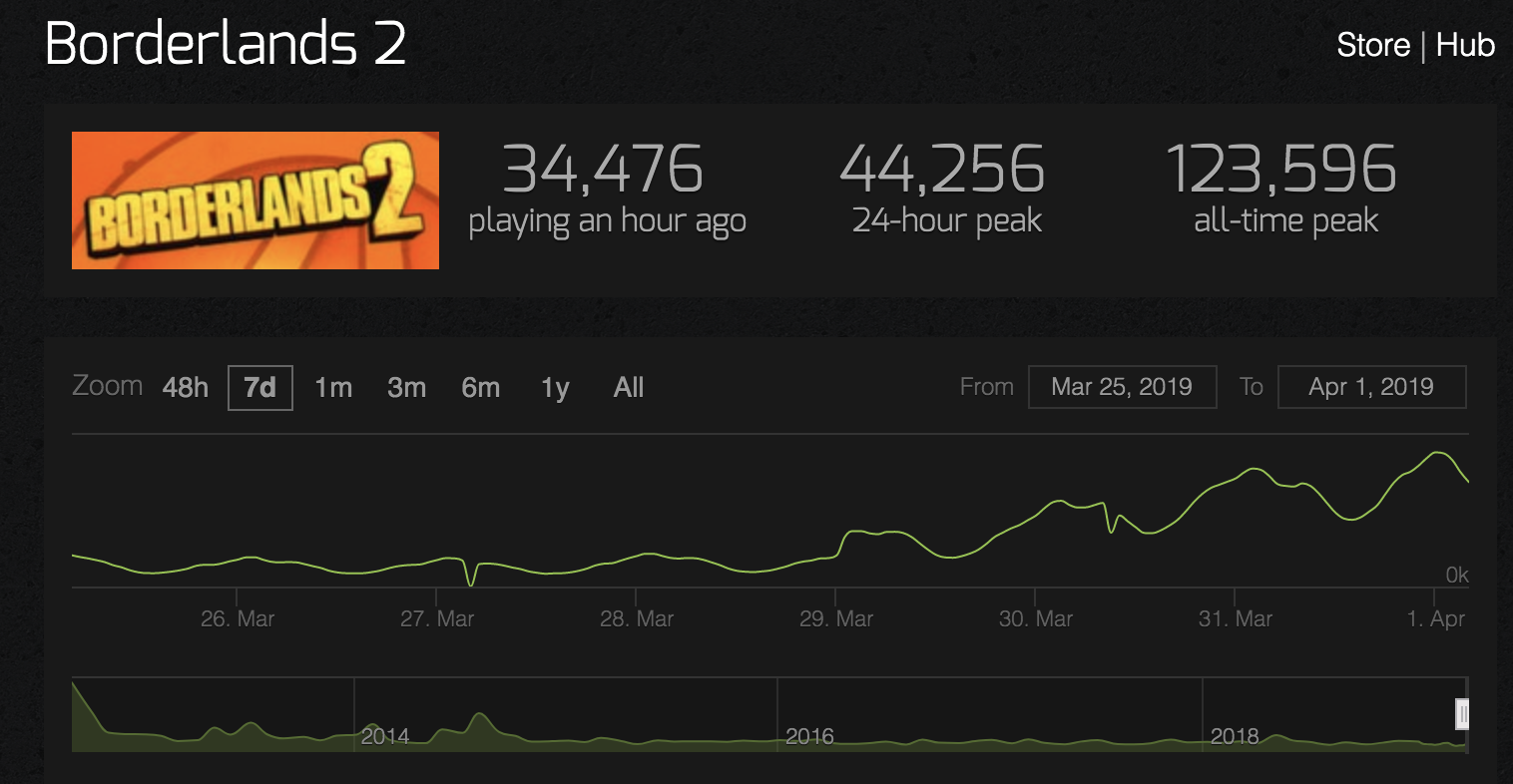 Since the trailer has made its debut on March 29, the interest in the franchise has hit a new high on Steam. All games in the series have seen a huge surge of interest in the games which shows the player count has more than quadrupled for them since the announcement was made on March 29.

As an example here, Borderlands 2 averaged between 8K to 9K players before the reveal and the number hit a new high today with more than 44K players online on Steam. Borderlands: The Prequel also jumped from less than 1.5K player count to hitting almost 9K player this weekend. This applies to all games including the original Borderlands and Tales from Borderlands spin-off adventure game.