Respawn Entertainment’s free-to-play shooter Apex Legends is now available to download for the Nintendo Switch. The full file size has been revealed as well.

Respawn Entertainment has released Apex Legends today for the Nintendo Switch. The game is free-to-play with in-game purchases for Battle Pass and other microtransactions. It is available to download now on the Nintendo Switch, however, it requires a hefty install size.

According to the official Nintendo eShop, the game has a file size of 25 GB. The eShop also has a warning that suggests that a MicroSD card is needed in order to install the game. 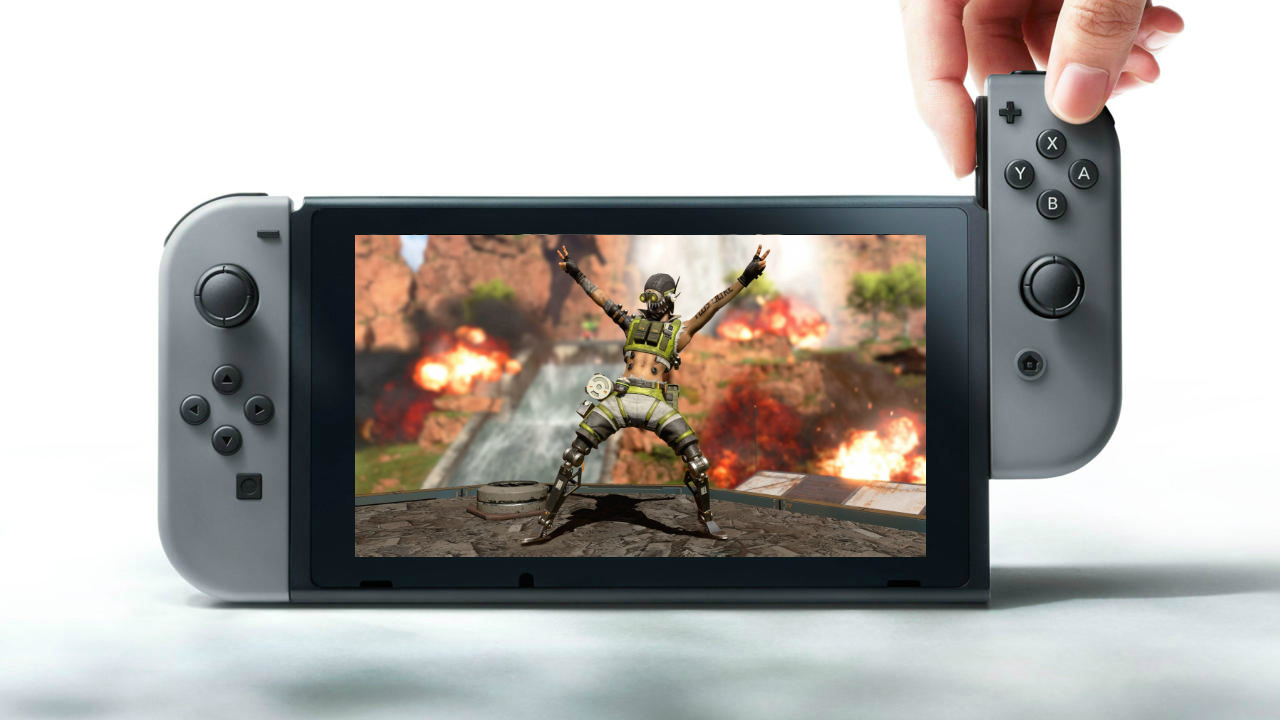 Here is a description of the game taken from the Nintendo eShop listing.

Welcome to the next evolution of Battle Royale.

A Roster of Legendary Characters
-Master a growing roster of powerful Legends, each with their own unique personality, strengths, and abilities that are easy to pick up, but challenging to truly master

Build Your Crew
-Choose your Legend and combine their unique skills together with other players to form the ultimate crew.

Strategic Battle Royale
-Use your abilities–and your wits–to make strategic calls on the fly, adapting your crew’s strengths to meet new challenges as the match evolves.

Genre-Evolving Innovation
-Experience a brand-new array of innovative features that level-up the Battle Royale genre, including Respawn Beacons, Smart Comms, Intelligent Inventory, and an all-new way to drop into the action with Jumpmaster deployment.

Sweet, Sweet Loot
-Drop in and loot up with a host of powerful weapons, diverse attachments, and useful armor to protect you in battle. After the battle, collect a wealth of cosmetic options for personalizing your character and weapons, and unlock new ways to show off during the match.

To celebrate the launch of the Nintendo Switch version players will be granted 30 free levels for their Season 8 Battle Pass. For the first two weeks after launch, playing on Switch will also earn you double XP.

Respawn is also launching a Legendary Pathfinder skin (called P.A.T.H.) as a free reward for players who boot up Apex Legends on Switch between the game’s launch and the end of Season 8 – Mayhem (May 4th, 2021).

Tags:
Previous Article
Apex Legends On Nintendo Switch Renders At 720p in Docked, 576p In Portable at 30 FPS
Next Article
Crysis Next Gameplay Footage Leaked, Will Be a Free-to-Play Battle Royale Game