Assassin’s Creed series might be heading to the Nintendo Switch as listed on a German retailer. No information about the games that are available in it was provided.

German Retailer MediaMarket has listed Assassin’s Creed Collection for Nintendo Switch. Now while this could be an erroneous listing, there are some facts that go against it being a simple mistake. First, Ubisoft is notorious when it comes to retailer leaking their games as it has happened with remasters of Assassin’s Creed Rogue and Assassin’s Creed 3. Secondly, this retailer has a good reputation and when they list a game, it is not just out of pure speculation. 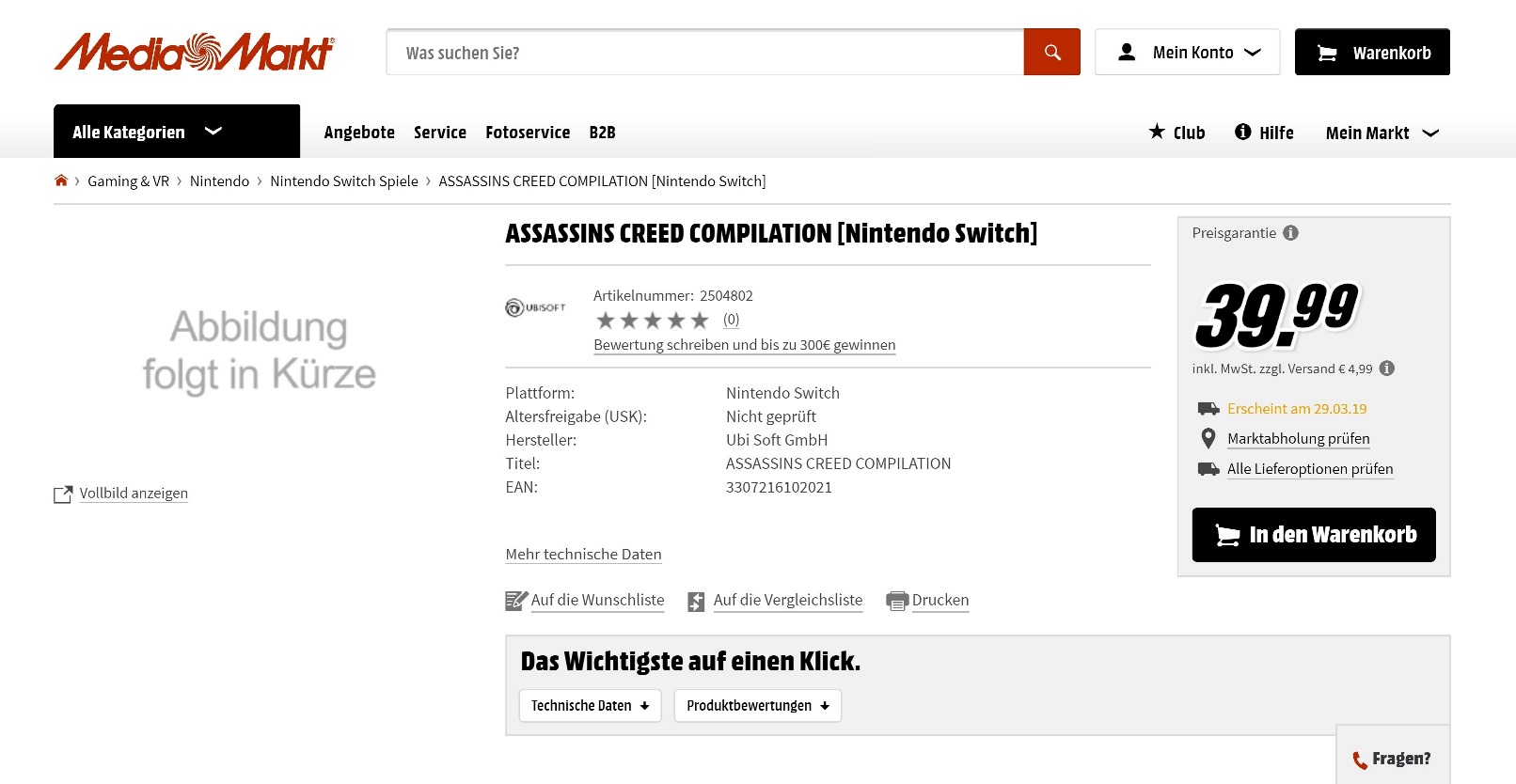 If we take all of these facts on face value, then it is entirely possible that Ubisoft is going to announce a collection of Assassin’s Creed games for the Nintendo Switch. As for what will be included in them, it is far too early to tell for now. If we had to guess, it could be the Ezio Trilogy which launched as an HD Remaster. It is possible that this is a bundle that brings Assassin’s Creed 4 Black Flag, Freedom Cry, Rogue, and Liberation HD in one package.

Since there is no official announcement about this bundle, everything surrounding is an speculation for now. It is now up to Ubisoft to step up and announce if this is an official listing or a mistake made by the retailer. Don’t expect to see two of the newest Assassin’s Creed games: Origins and Odyssey, show up on Nintendo Switch. They are far to resource heavy to be ported to the Nintendo Switch hardware without any compromise.