Red Dead Online is available now on the PS4 and Xbox One. Here is a guide to help you find all the online hideouts in Red Dead Redemption 2’s online multiplayer mode.

One of the activities that you can perform in the multiplayer mode of Red Dead Redemption 2 is to find out the hideouts. Since it is a massive open world map, this can take some time but there is a world map available using which you can view these hideouts easily.

While the early theory regarding the hideouts is that they are randomly spawned across the world map, it is not true or confirmed for now. Here is a Red Dead Online hideouts location world map, courtesy of reddit. 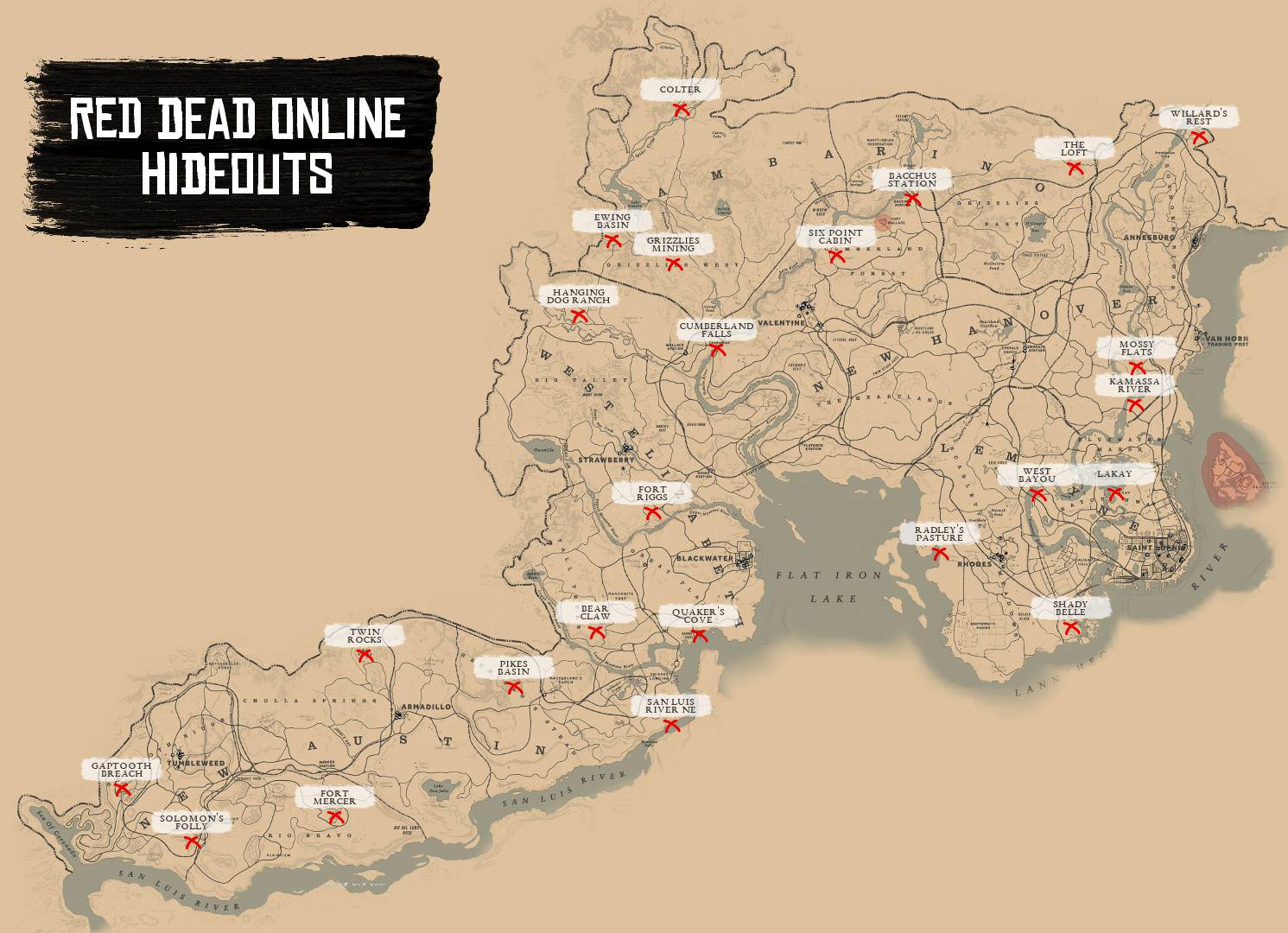 What this map shows are the hideouts that you can find in the online multiplayer mode of Red Dead Redemption 2. Go to the marked location on the world map to find them. The user who shared this world map confirmed that while the location for these hideouts is not random, they will not trigger if you spawn sometimes. It depends on the server and other conditions, but one thing that can be made sure is that they will always appear at places marked on the world map.

If you are looking for getting some quick and fastest way to gain experience points, check out our Red Dead Online fastest XP exploit as well.

Red Dead Redemption 2 online multiplayer was available as early access to Ultimate Edition owners on November 27th, and since then, it was released to everyone from November 30th and can be played on the PS4 and Xbox One.

Red Dead Redemption 2 is available now on the PS4 and Xbox One. It was developed and published by Rockstar Games.