Biomutant is developer Experiment 101’s post-apocalyptic Kung-Fu fairytale of an action RPG. This gloomy and vivid tale depicts a world on the brink of catastrophe. The adventure begins with players assuming the role of a furry one-eyed Ronin.

The ability to control one’s own fate is emphasized throughout the story, and you’re often put in situations that present moral challenges. The choices you make ultimately determine the hero’s and, in turn, the world’s fate. Despite being a non-linear game, the sense of urgency that drives the main story is often counter-intuitive to the freedom that the game otherwise offers. There are multiple story arcs that run concurrently and overlap in order to lead the one-eyed Ronin to one of several conclusions, each of which is tied to the dark and luminous aura associated with your choices throughout quests. There are plenty of side quests to take on as well, though they’re largely repetitive and nothing to write home about. Despite its post-apocalyptic underpinnings, the story is told in a comic and lighthearted tone. While this does work in its favor to an extent, the narrative is told hastily and often unconvincingly. Moreover, the narrator’s gibberish gets annoying fast and is borderline offensive. Flashback sequences serve to flesh out the one-eyed Ronin’s backstory, but they’re largely mundane and tend to get in the way. 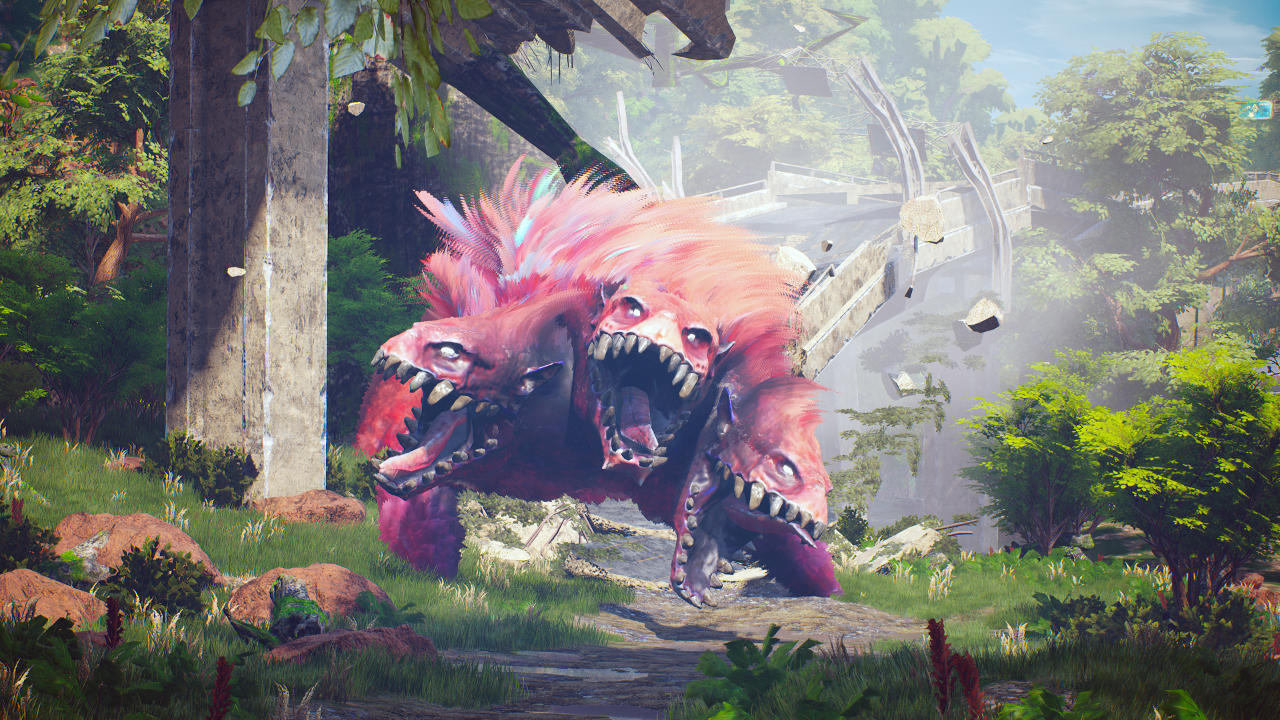 Biomutant’s open world is quite welcoming with respect to exploration. There are a variety of different biomes that take you to unique locations, such as a forest, a desert, and mountains. The more areas you discover, the higher your chance of being rewarded with rare crafting ingredients for more efficient weapons and armor. In order to facilitate exploration, the game includes fast travel as well as a variety of unusual vehicles that work favorably on certain kinds of terrain. The Googlide, for example, is an agile waterski that’s capable of sailing on goo waters. 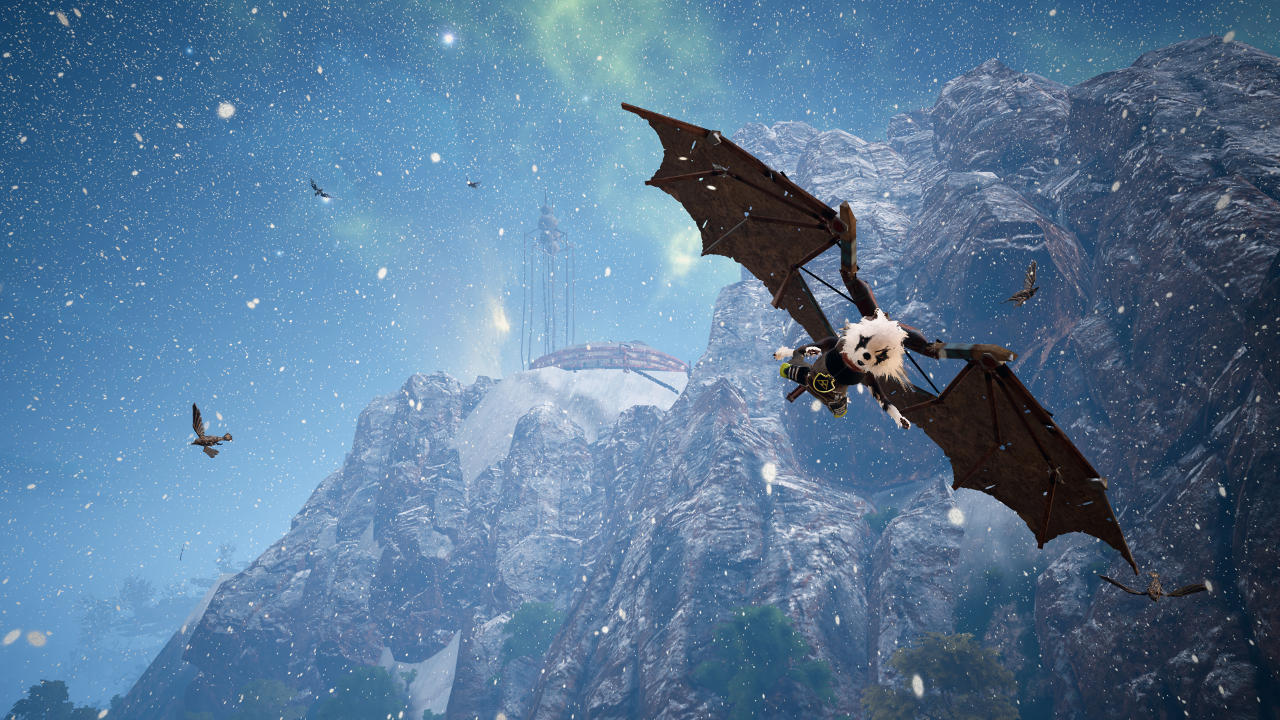 Customization is Biomutant’s standout feature. You have a robust character creator at your disposal that gives you the option to choose from a total of six races and five classes, each of which grants you a variety of passive talents, cosmetic choices, DNA mutations, and resistance to different types of contamination. You’re unable to revert to a different race or class during the course of your adventure, however, nor can you create a new hero and switch to it mid-progress. Experience points gained during the course of your adventure can be used to improve your stats. On the other hand, unlocking psychic abilities and mutations is tied to your aura.

The crafting system is, by far, Biomutant’s best feature, as it empowers you with a plethora of different materials to combine, resulting in unique and powerful weapons and armor. Further tinkering with your crafted gear using the near-infinite amount of permutations at your disposal leads to some really inventive weapon and armor designs. Unlike the rest of the game, the crafting system feels rewarding and is worth investing time and effort in. A similar degree of customization options is available for the one-eyed Ronin’s attire. Given the number of variations available, it’s next to impossible for two players to end up having the same outfit. 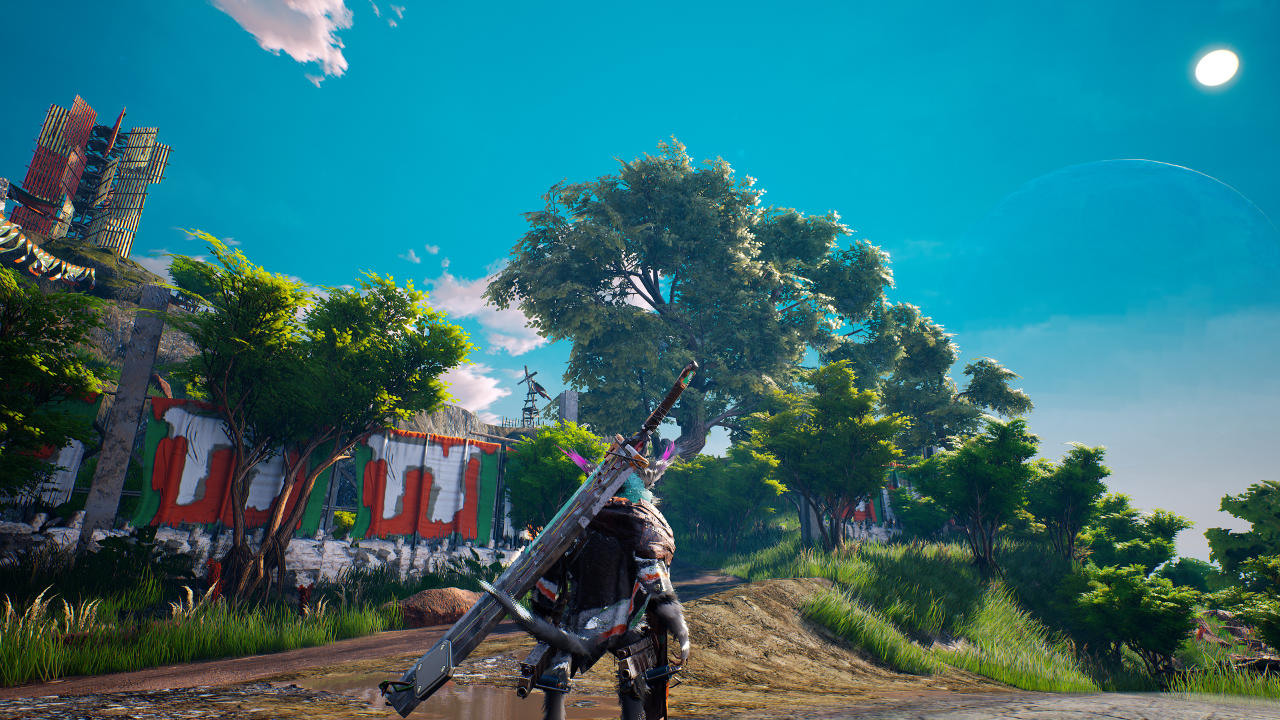 Combat in Biomutant features a mix of ranged weaponry and melee attacks. How you take on enemy encounters and what special abilities you have at your disposal are largely dependent on the weapon you’re carrying at the time. There’s also a dodge mechanic thrown in for good measure, and it’s one of several points where the game unnecessarily decides to trigger an annoying slow-motion effect. The mechanic isn’t particularly useful in combat, as it isn’t possible to cancel out of an attack using dodge. The one-eyed Ronin can also use a variety of psychic abilities and mutations that are acquired over the course of the adventure. It’s not a compelling combat system overall, as things get repetitive rather quickly. While there is a decent variety of enemies, the encounters themselves are generally lacking and don’t encourage you to indulge in advanced tactics, such as the aforementioned psychic abilities and mutations. Moreover, your attacks don’t pack a punch, as there’s very limited audiovisual feedback from enemies.

Boss fights in Biomutant are by the numbers in execution and don’t stand out in any meaningful way. They’re largely forgettable and merely serve as an obstacle in the way of story progression. On the plus side, some of the aforementioned vehicles can come in quite handy against bosses due to their special abilities that allow you to overcome terrain-specific hurdles. 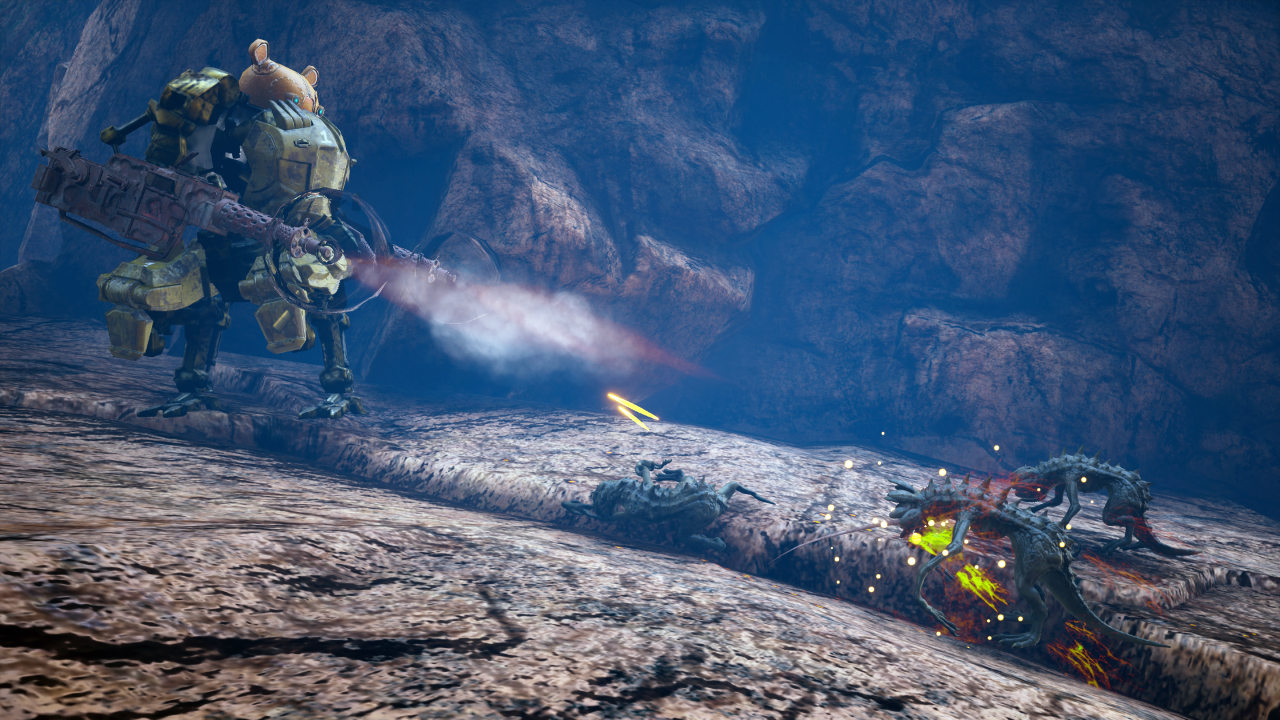 Biomutant tries to do some interesting things with the action RPG formula but ultimately falters in its execution. As an activity that you find yourself engaged with for a significant amount of time, the combat feels rather underwhelming. The narrative has its moments but is often rushed and leaves much to be desired. The game’s saving grace is its excellent crafting system and a broad range of customizations.

Biomutant’s excellent crafting system stands out in an otherwise mundane action RPG that shows signs of potential, but falters in its execution.

Biomutant Will Get a Native PS5 and Xbox Series Version
Ali Haider May 23, 2021

Biomutant: All Trophies and Achievements Guide
Ali Haider May 22, 2021

Biomutant and Darksiders 2 Leaked For Nintendo Switch
Ali Haider May 8, 2019

Biomutant Will Get a Native PS5 and Xbox Series Version

Biomutant: All Trophies and Achievements Guide