CD Projekt Red has included a secret message in the launch trailer for Cyberpunk 2077 that teases about free DLC and upcoming expansions.

In the message that is hidden for a split second in the launch trailer, in a single frame that is a blink and miss moment, the following statement can be read from CD Projekt Red.

In the launch trailer, just as the video is about to end, around the 2:08 mark, the screen glitches out and a written text is seen in green on the infamous yellow background. We have taken a still from the video which you can see below. 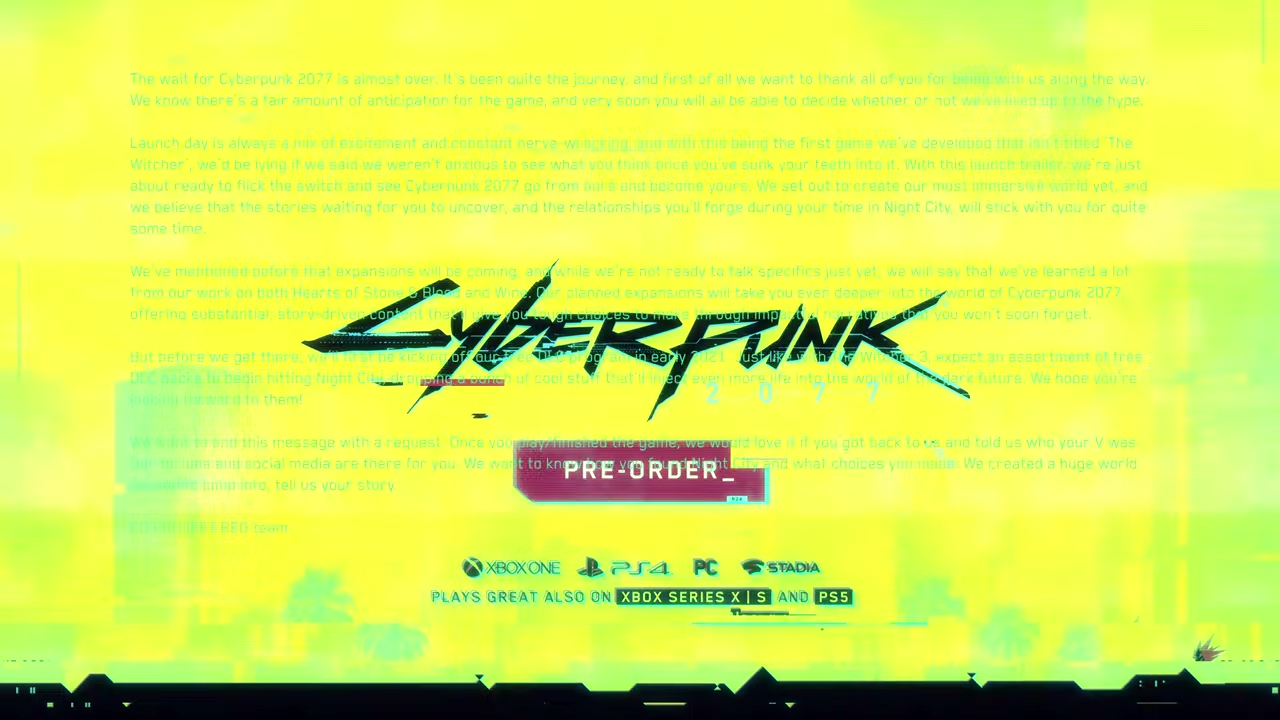 First, the message open up by talking about the long wait for Cyberpunk 2077. It then talks about the upcoming content updates and plans by CD Projekt Red to support the game. There is currently no season pass available for the game, but CD Projekt Red cites their experience with The Witcher 3 expansions so it is safe to assume that they won’t be that expensive and will offer plenty of new story content.

“We’ve mentioned before that expansions will be coming, and while we’re not ready to talk specifics just yet, we will say that we learned a lot from our work on both Hearts of Stone & Blood and Wine.

Our planned expansions will take you even deeper into the world of Cyberpunk 2077, offering substantial, story-driven content that’ll give you tough choices to make through impactful narratives that you won’t soon forget.

But before we get there, we’ll first be kicking our free DLC program in early 2021. Just like with the Witcher 3, expect an assortment of free DLC packs to begin hitting Night City, dropping a bunch of cool stuff that’ll inject even more life into the world of the dark future. We hope you’re looking forward to them!”