Cyberpunk 2077 will be available this November. It is a massive open-world game with a huge world map. Here’s a look at its various districts.

CD Projekt Red had delayed Cyberpunk 2077 from April to September, and this date was shifted again to November due to the COVID-19 pandemic. After these delays, the game is now set to launch later this year and while we have seen a decent chunk of gameplay, there is still no proper overview of the world map.

Cyberpunk 2077 world map is not that huge in terms of overall density compared to other games, but it also offers vertical exploration in the form of several high-rise buildings and apartments. The game is based on the tabletop board game of the same name.

One reddit user has now compiled a handle world map that has listed all of the districts along with visuals to show how they look in the game. Have a look at this world map below. 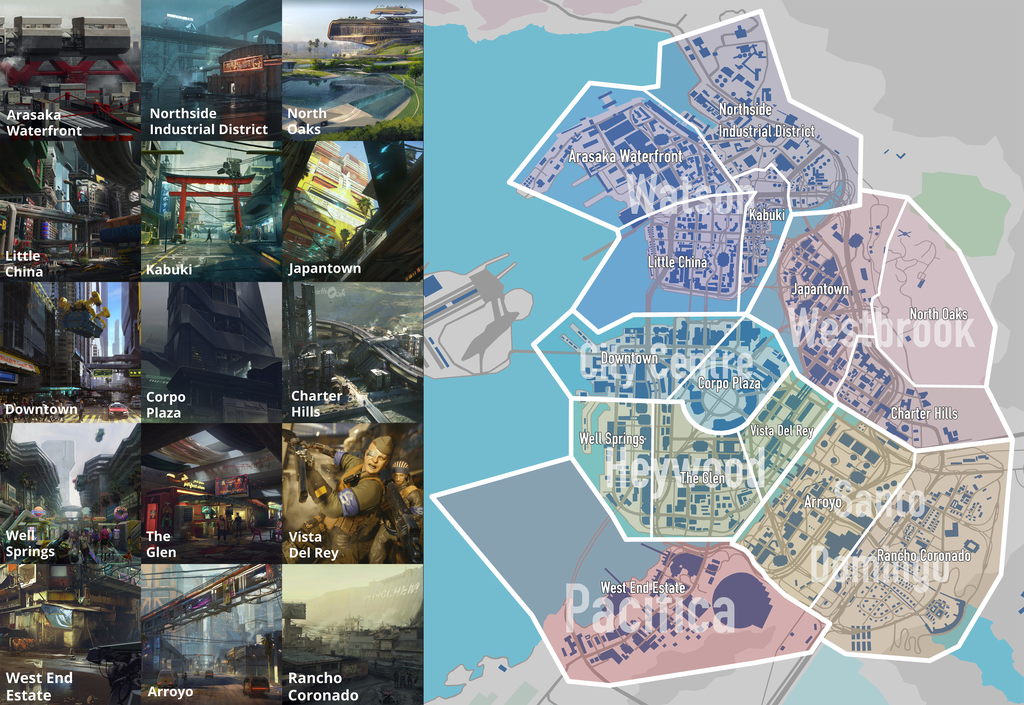 This is not the end of the world map as there are badlands outside the city that can also be explored. We can determine the following districts based on this map.

There is a lot to explore in Cyberpunk 2077. The game will be released on November 17, 2020. CD Projekt Red has confirmed a proper next-generation upgrade for PS5 and Xbox Series X next year. It will be available for free to anyone who purchases Cyberpunk 2077 on PS4 or Xbox One.

Previous Article
Xbox Game Pass Adds Yakuza Kiwami 2 and More
Next Article
Story of Seasons: Friends of Mineral Town Is Out Today For PC and Switch