Days Gone Platinum Theme and Avatar Is Free For Everyone

Sony Interactive Entertainment is sending a free Days Gone theme to those who have completed the platinum trophy for the game, and it appears to be the best one so far.

Days Gone was released on April 26 for the PS4. It was developed by Sony Bend Studio. The game has faced some issues since its launch and received multiple updates so far. It is the first open-world game by Bend Studio so this was their first time dealing with such a large project.

Days Gone has a platinum trophy and to obtain it, you need to complete a set of tasks aside from completing the story. Once you have the platinum trophy, Sony Interactive Entertainment is sending emails to those who manage to achieve it and this platinum trophy contains a theme for Days Gone. 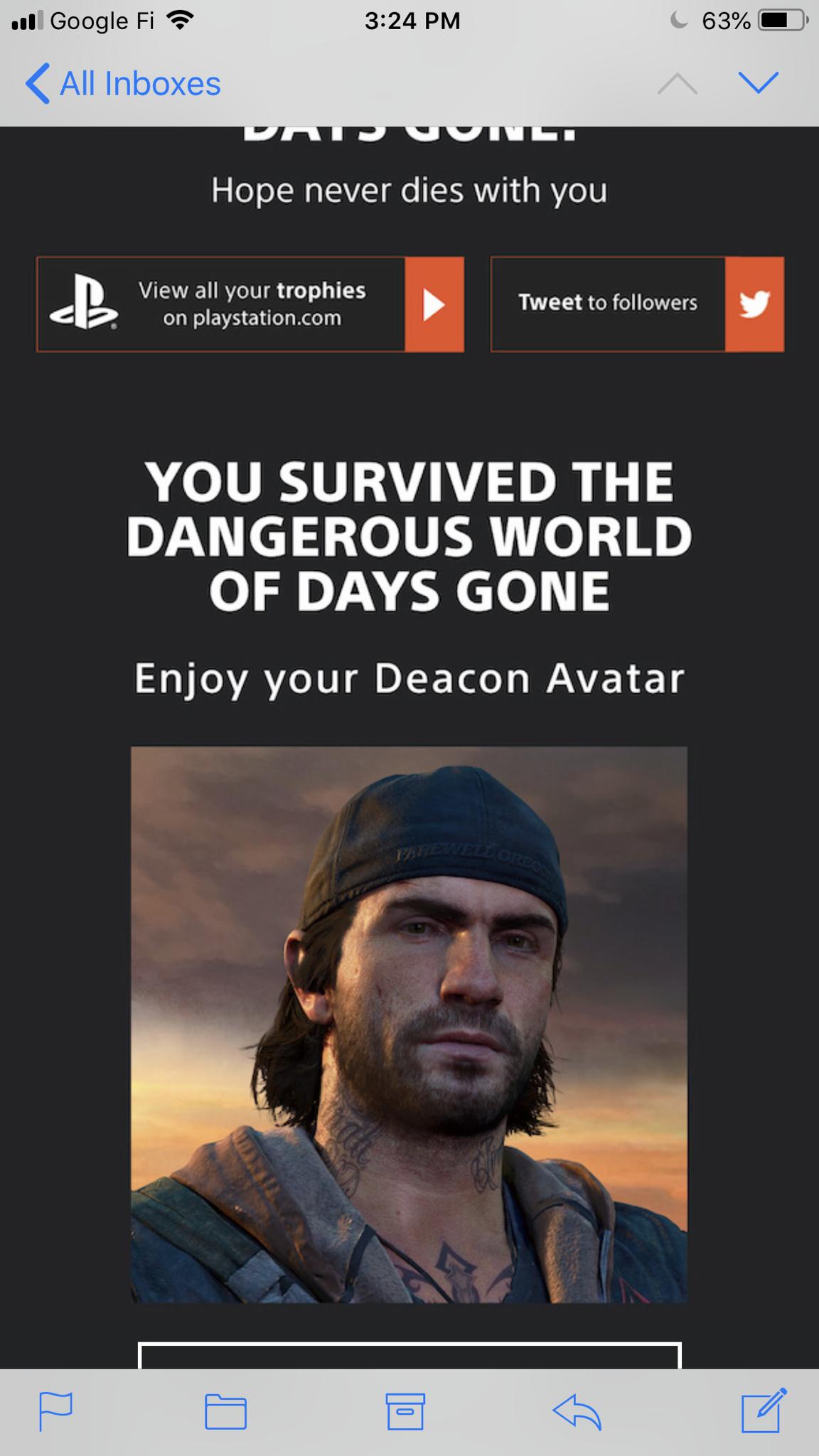 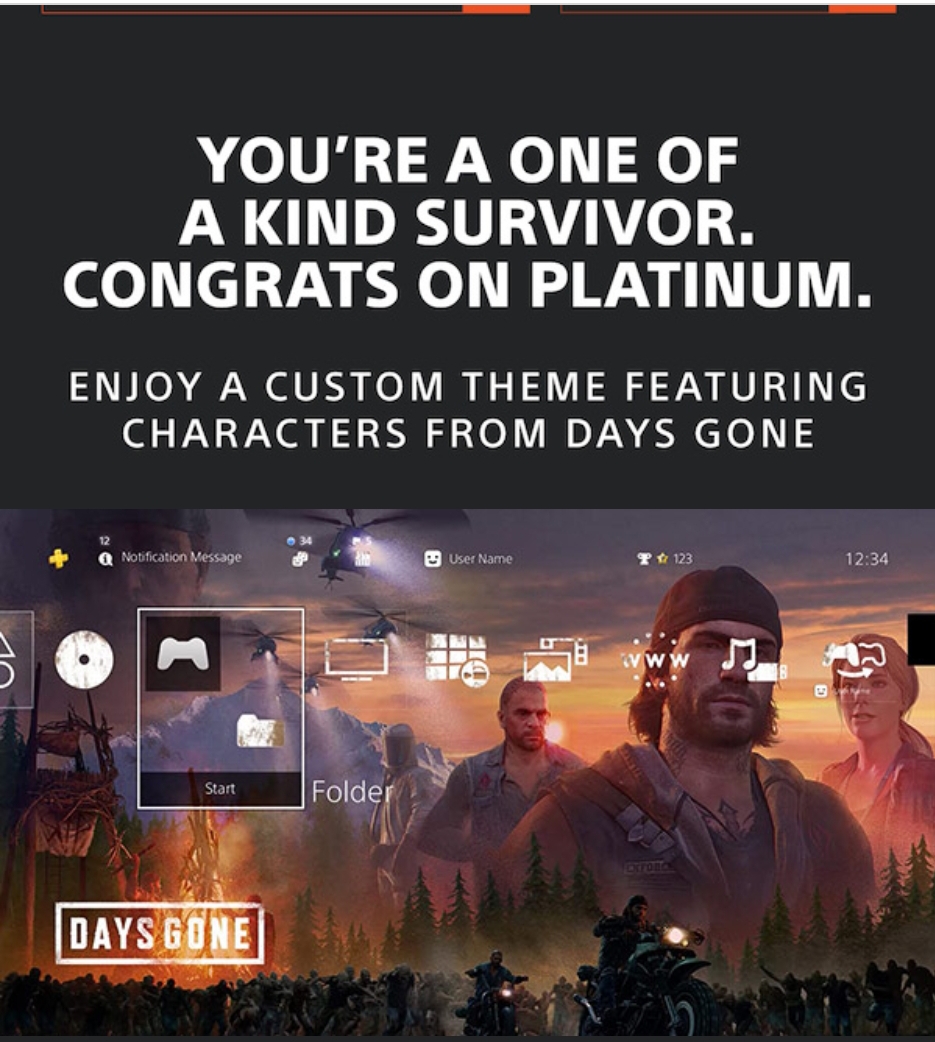 You can get the free avatar featuring Decon by finishing the story for the game. It will be sent in an email by Sony Interactive Entertainment. You also need to make sure that you are eligible to receive marketing or promotional emails from SIE.

The theme that is awarded is a little more demanding and requires you to complete every trophy or achievement that is available in the game. Once you have received every trophy, you will end up with the platinum trophy and Sony Interactive Entertainment will send a free Days Gone theme to all the Platinum trophy owners after an unspecified amount of time.