Bethesda Softworks won’t release RAGE 2 until May 14 but some users have access to early copies of it and are sharing information on the day one update and graphics option for the game on PS4 and Xbox One.

This will be one of the rare games which offer graphics options for consoles. This means you can toggle the field of view option, disable chromatic aberration or motion blur. This open has been confirmed to be a part of the final game so if you prefer to turn them off, this can be a piece of good news. 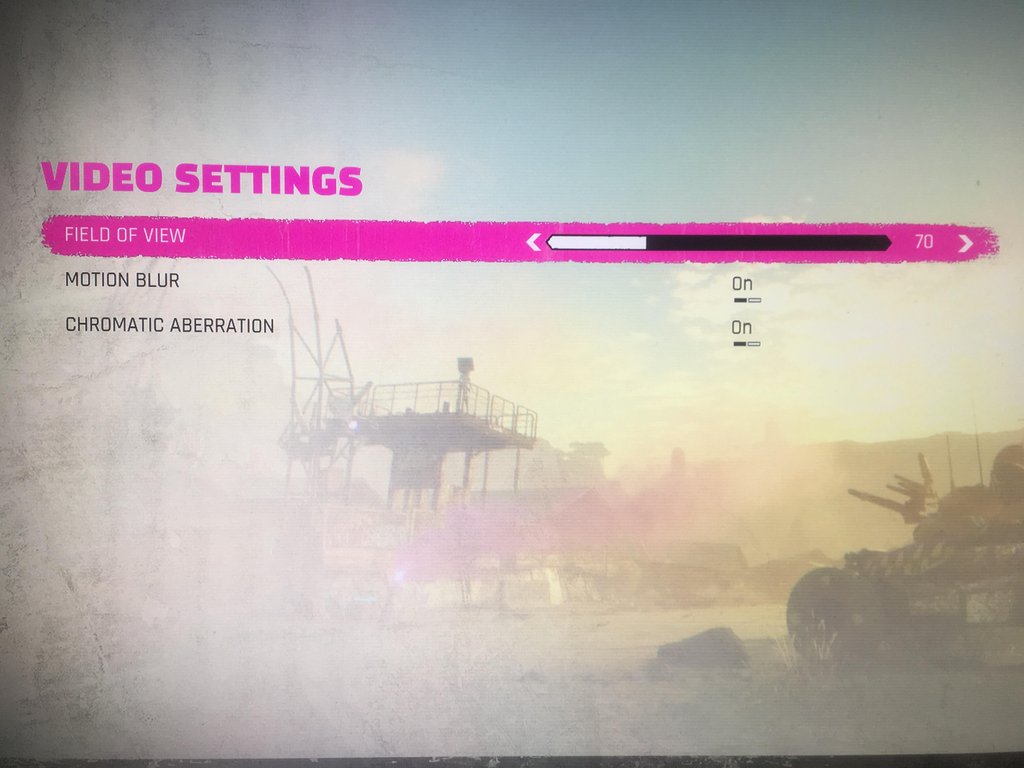 RAGE 2 has also received its update 1.02 on the PS4. This update is reportedly available on the Xbox One as well. The download size of the update is roughly 12 GB on the PS4 and 13 GB on the Xbox One, so it is a big update but still smaller than some of the industry high like Black Ops 4 and The Division 2.

There are no patch notes available for RAGE 2 update 1.02 which is out now on the PS4. Don’t expect to get any details on it aside from this being for bug fixes.

When the game usually goes gold, the developers are still working on squashing any last minute bugs so while the retail copy is cloned and pressed on discs in factories, there is an update released to solve any issues with potential bugs in the game during on its launch.

Tags:
Previous Article
Days Gone Platinum Theme and Avatar Is Free For Everyone
Next Article
RAGE 2 Review Embargo Date Has Been Revealed