Demon’s Souls Remake is a PS5 launch exclusive that will be out on November 12, 2020. It has been listed for PS4 by a Hungarian retailer.

Demon’s Souls is being developed by Bluepoint Games in collaboration with Sony Interactive Entertainment Japan. It was initially revealed to be a PS5 console exclusive that could come to other consoles at a later date. Sony later updated the trailer to remove this small blip from the trailer.

After the update, Demon’s Souls was confirmed to be one of the launch exclusives for the PS5. While Sony has announced some of their PS5 exclusives heading to the PS4, others like Demon’s Souls and Destruction All-Stars were exclusive to the PS5. 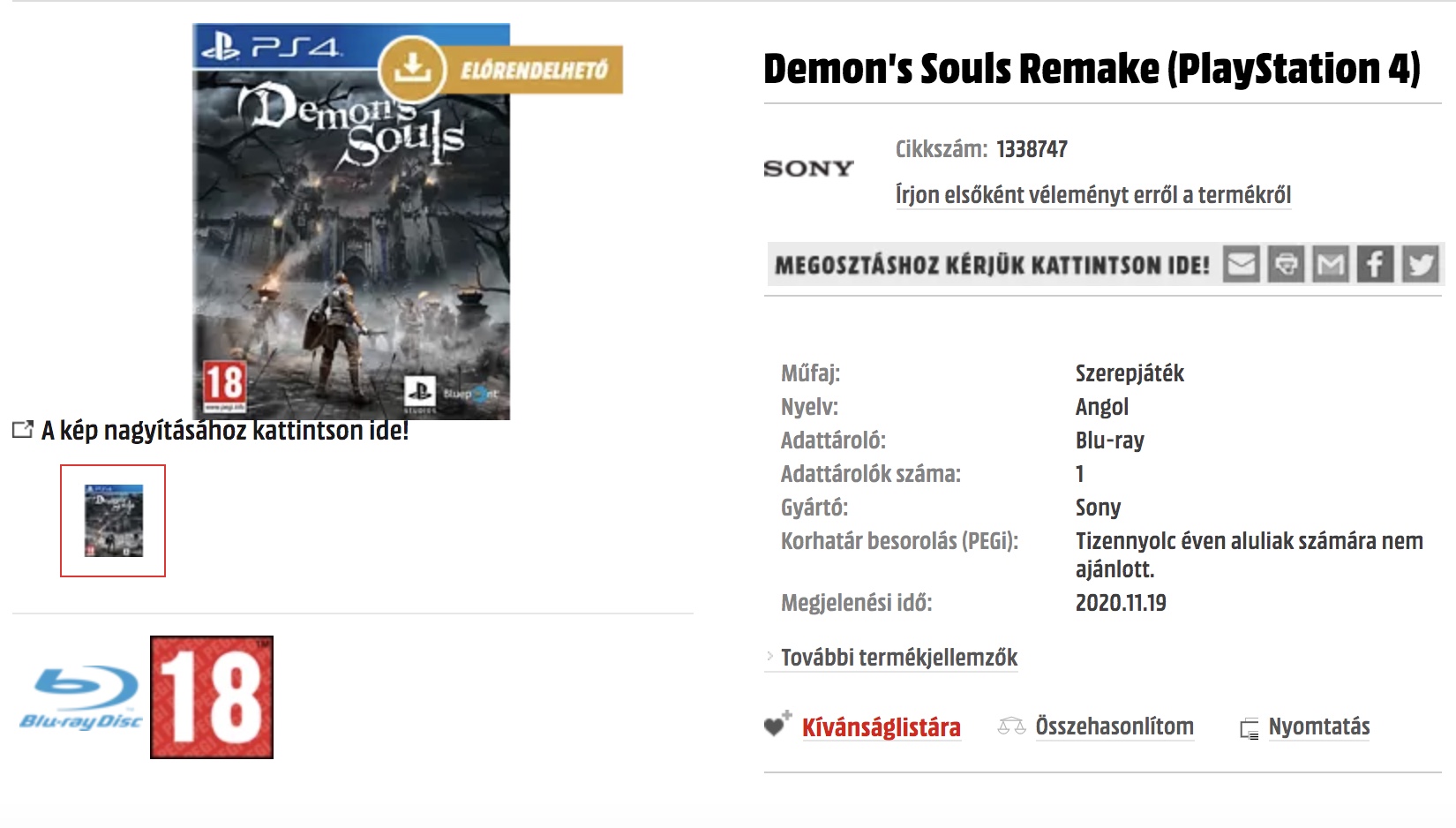 In a new update, the Hungarian retailer Media Markt has listed Demon’s Souls for the PS4. This listing appears to show a box art for the PS4 version which is the same as the PS5.

Since this retailer is quite large in Europe and well-known, this can’t be ruled out as a mere mistake. Demon’s Souls hasn’t been confirmed to use any of the PS5 hardware exclusive features that won’t let it run on the PS4 compared to other games like Ratchet and Clank: Rift Apart, so it can possible get a release for the PS4 as well, just not at launch.

At this point, all of this is speculation so we have to wait and see how the release of the game pans out before forming a conclusion about it.

PS5 has been confirmed to launch on November 12 for most of the major markets, and November 19 for the rest of the world.