A murder’s happened, and an unlikely pairing of detectives has been put to the task of finding the perpetrator and solving the case. It may sound like the description of a typical crime investigation game, but Disco Elysium is anything but typical.

Disco Elysium: The Final Cut is the definitive version of the original 2019 game developed by ZA/UM. It’s designed as a cRPG, where your stats play a pivotal role in shaping your conversations as well as the overall narrative. In addition, conversations can take a turn for the better or worse, depending on how the dice roll fares for you. Disputes can get resolved or lead to unfavorable outcomes in a second based on a combination of factors. 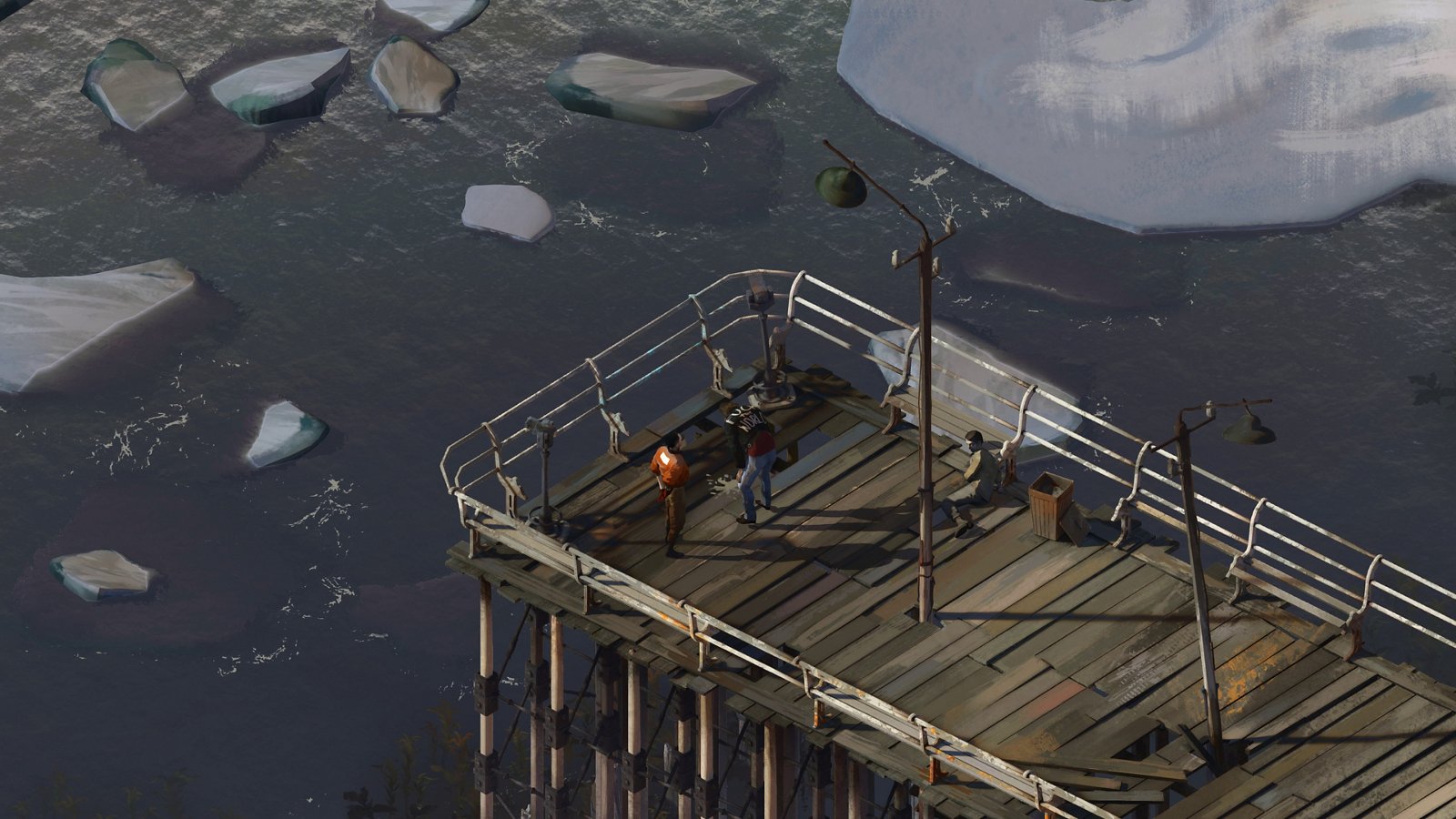 Conversations aren’t just external, however. There’s an inner conflict brewing inside of your amnesiac mind. The game begins in pitch darkness, as you listen to a back and forth monologue going on between inner voices inside of the head of the protagonist, who happens to be one of the aforementioned detectives. A night of partying and getting drunk has done a number on your memory, and you wake up in a hotel room with a hangover and no recollection of your name or past life. You’re soon joined by a fellow detective, Lt. Kim Kitsuragi, who accompanies you throughout the murder investigation. Shades of the HBO series True Detective is visible in the great chemistry between both detectives as well as the morbid setting.

Your starting stats will lean towards the four abilities i.e. Intellect, Psyche, Physique, and Motorics, based character class you choose at the beginning of the game. You’re also given the option to opt for a custom class, where you get to allocate points in each of the abilities to your liking. Improving skills by assigning earned skill points opens up new dialogue options, along with your inner voices offering contradictory perspectives advocating one or the other. The final choice is still yours to make, however. 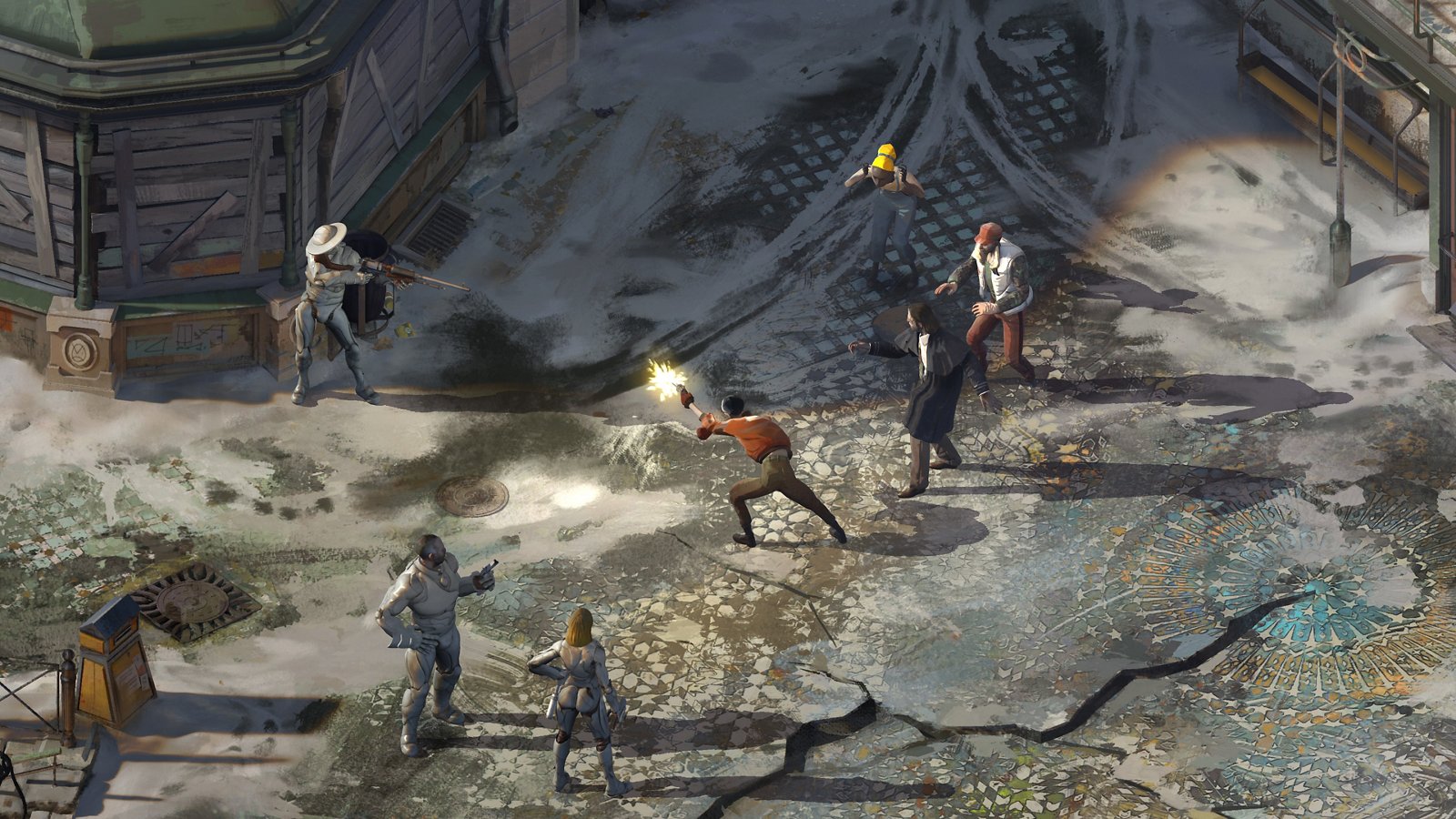 Disco Elysium’s strength lies in its quality of writing. Characters are brimming with a distinct personality that is majestically weaved through their dialogue. The world-building is among the finest, and it shows in the depiction of Revachol, the disgraced former capital of the world. The city has a rich political history waiting for you to unravel through conversations with its NPCs. While it isn’t necessary to do so, it provides a lot of contexts and helps in better understanding the people of Revachol. The game doesn’t shy away from delving into controversial subjects either, but it does so with nuance and grace. Not everything is bleak, however. Despite being dark and gloomy, there are plenty of instances of comic relief throughout the game. 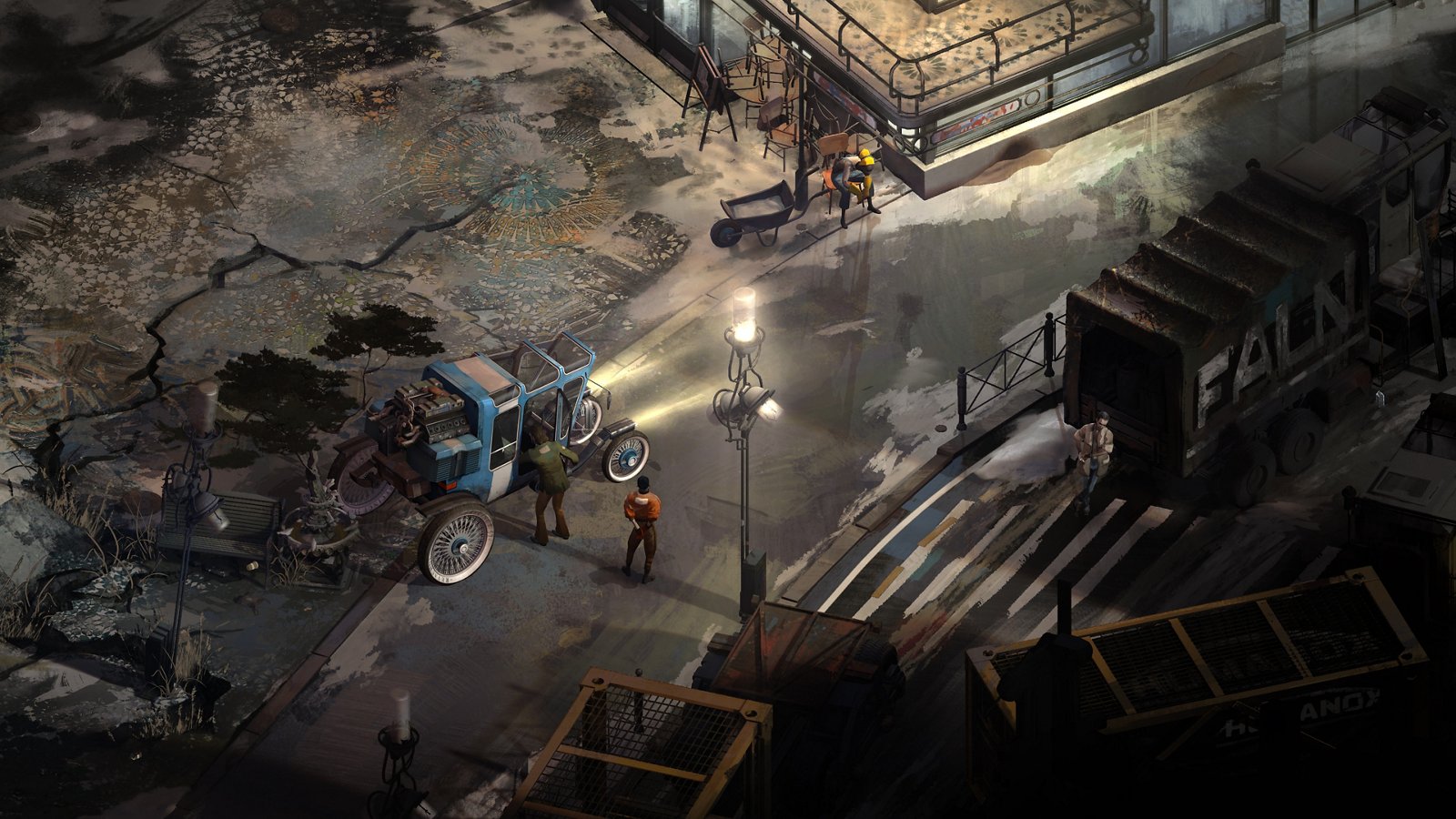 Disco Elysium: The Final Cut introduces new characters, quests, locations, as well as clothing not found in the original. The Political Vision Quests stand out as particularly interesting, as they delve further into the city’s lore. Pursuing one of these quests deprives you of access to the rest, and multiple playthroughs are therefore encouraged. There’s also a new Hardcore mode that raises the stakes and offers a greater challenge. Although it’s available from the get-go, it’s one of those things that’s worth considering for a second playthrough.

By far the most substantial improvement made with The Final Cut is the addition of voiceovers. Both NPCs and your inner voices have voiceovers for all of their dialogues, which helps in developing a flow when reading text off the display and also further fleshes out character personalities. The text size can be further increased from the default setting, and this is highly recommended when playing on a television screen. 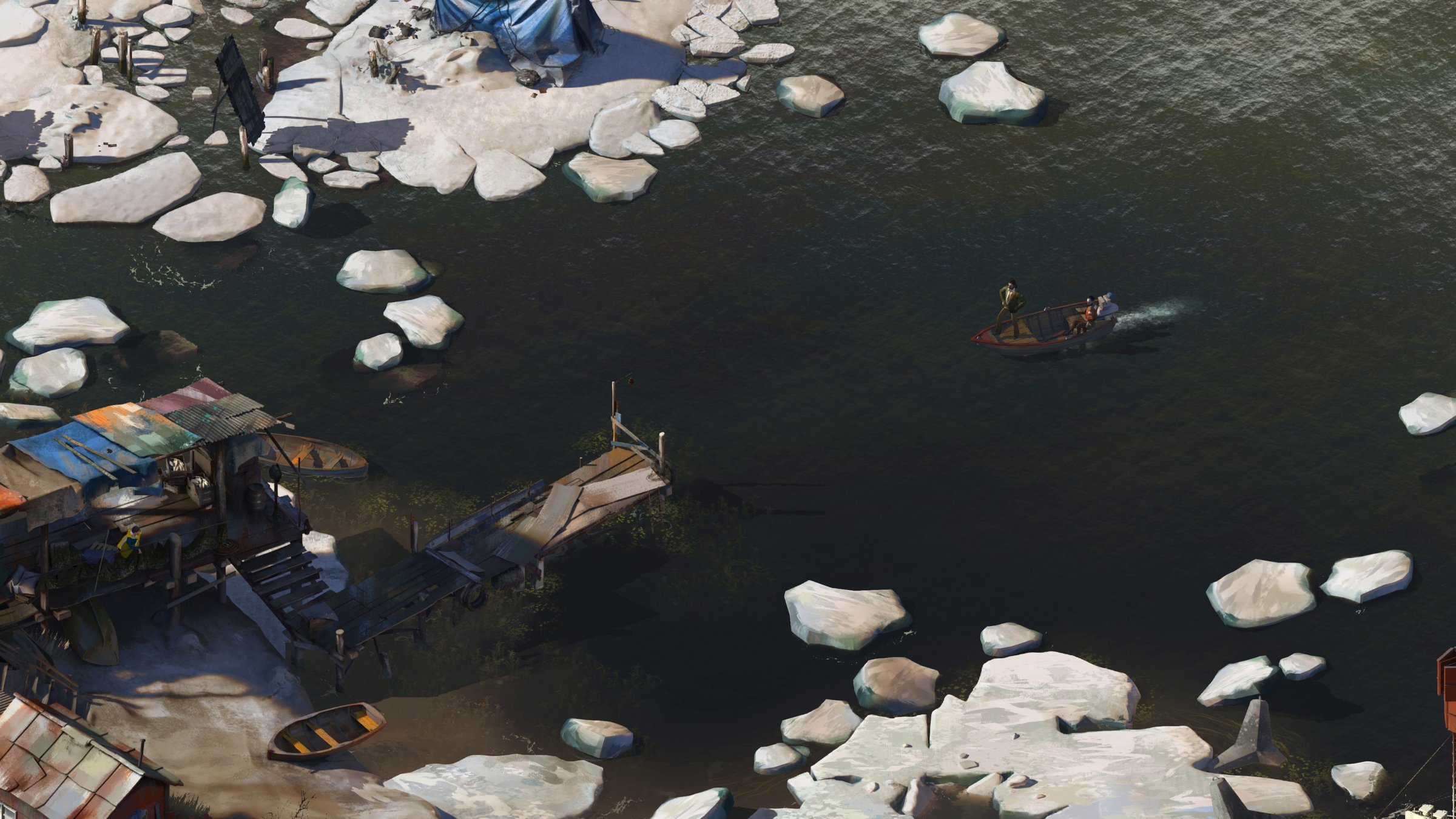 Controls on the PS5 can take a little getting used to. For a game of this nature, transitioning from mouse/keyboard to controller can often present issues, and that’s certainly the case here. Luckily, Disco Elysium doesn’t require a wide array of buttons to map its actions to, so the DualSense handles that part fine. The awkwardness associated with controls generally stems from interactions with the game world. Moving the right analog stick around highlights nearby objects that can be interacted with, such as NPCs, items, or entrances to buildings. Pressing the X button with an object highlighted moves your character towards it and allows you to inspect it. However, selecting objects is often unresponsive and often requires several presses of the X button to get things going. Moreover, character pathfinding is a bit of a hit-or-miss and generally cumbersome, especially in the case of detective Kitsuragi.

With the version 1.2 update installed, the game still suffers from a myriad of technical issues. Certain bugs prevent you from completing certain key quests, while others eradicate your save file from existence. The forthcoming update version 1.3 is said to fix a majority of these issues, therefore it’s best for those looking for a bug-free experience to wait until then. 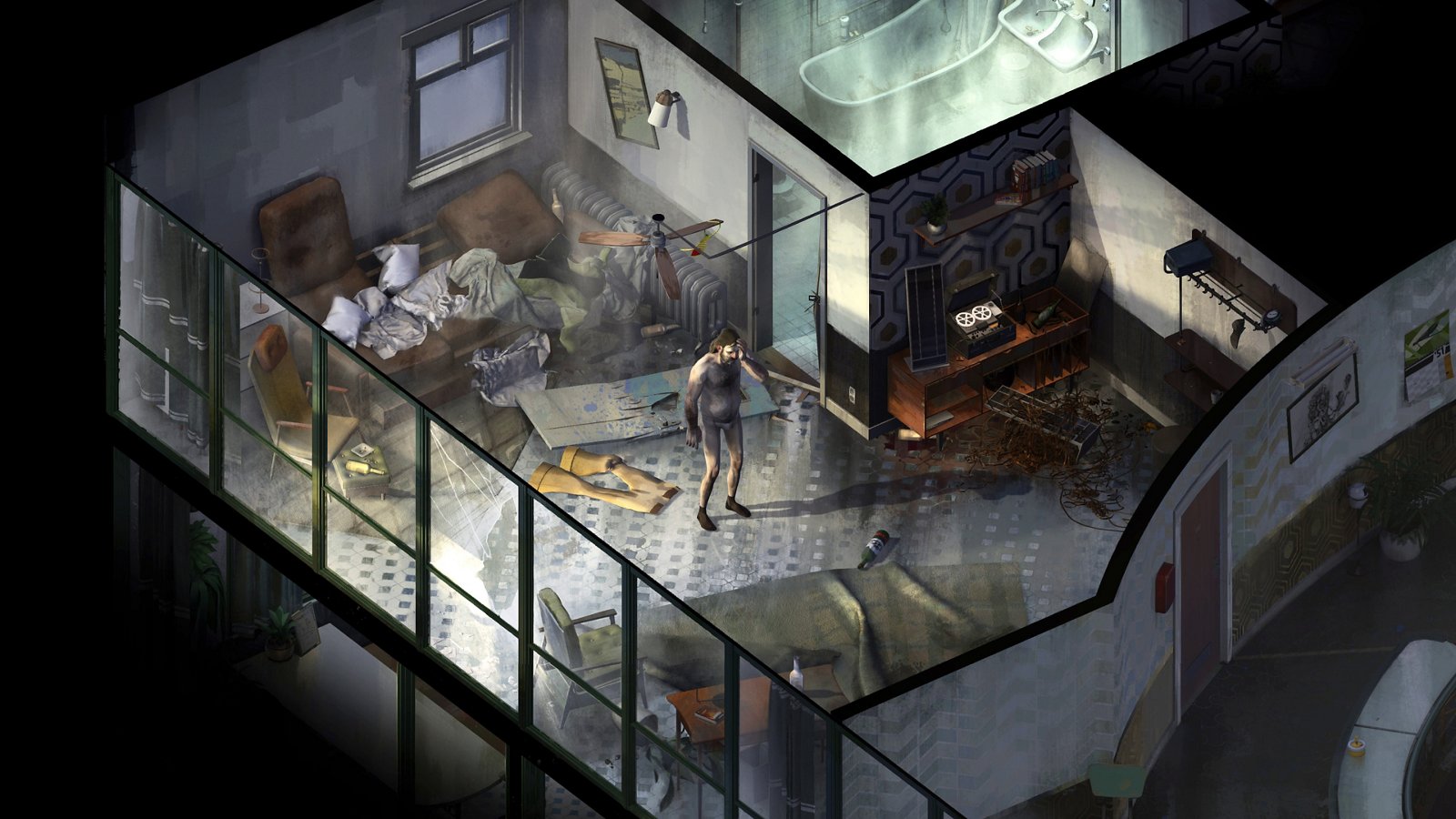 The DualSense controller’s features have largely been overlooked in Disco Elysium. It’s hard to tell if haptic feedback is even present, while adaptive triggers are only used to indicate when you’ve reached the zoom-in/out limit. The lack of support for the controller’s improved touchpad is also disappointing. Having remapped mouse controls to the DualSense touchpad in the Steam version, we were able to have a more pleasant experience as compared to being limited to using the right analog stick in the PS5 version.

As far as the quality of the narrative is concerned, Disco Elysium is to Western games what 13 Sentinels is to Japanese games. It scratches the itch for a deep and engrossing crime investigation RPG in the same vein as True Detective. The technical issues are disappointing, but they don’t hold it back from being the definitive edition of an already fantastic experience, with the addition of voiceovers being the standout new feature.

Technical issues aside, Disco Elysium: The Final Cut is the definitive edition of an already fantastic experience. In terms of narrative, it is to Western games what 13 Sentinels is to Japanese games.