Dynasty Warriors 9 Empires has been rated in Australia. The game was set to launch in early 2021 but it was delayed indefinitely.

The developers behind the Dynasty Warriors series had shared the following message when it was first delayed.

Although DYNASTY WARRIORS 9 Empires was initially announced as an Early 2021 release, the team is still working hard on delivering the best game possible so we wanted to let our fans know the current situation and will announce the new launch window in future updates. We apologize for the delay and appreciate your continued support. In the meantime, check out this first look at a scene from our opening movie. Just a taste of what’s to come as we get closer to finishing the game. 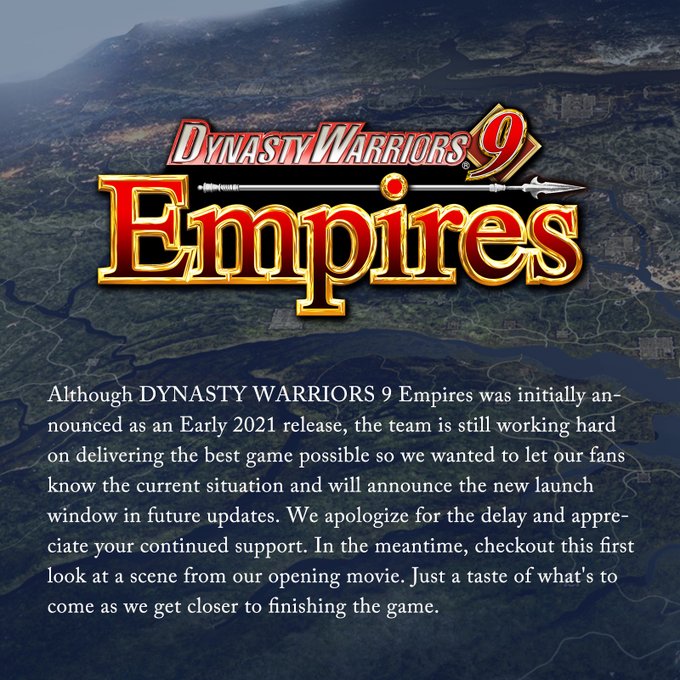 The game has been rated Mature for Violence and Online Interactivity. It was submitted for rating by Koei Tecmo Europe while Omega Force is the developer behind it.

The original Dynasty Warriors 9 was critically panned at launch. It was the first attempt to create an open-world Dynasty Warriors game but the project suffered from technical and gameplay issues that led to negative critical reception.

Dynasty Warriors 9 Empires is set for a release in 2021 for the PS4, PS5, Xbox One, Xbox Series, PC, and Nintendo Switch.