Godfall is coming to the PS4 as we have reported earlier and it might launch with a new DLC as a rating from PEGI has revealed the name of this DLC.

Godfall was confirmed to get a new expansion in 2021. The developers have started to tease this expansion, first with the Primal Update that they launched back in February, and then on the official social media account for the game. The most recent tease pointed towards new achievements for the game.

Trophy Hunters….. we got you! More trophies/achievements will be coming to Godfall with the upcoming expansion! 🏆 pic.twitter.com/RmAIGXAoUc

It appears that we might be due for an announcement for this DLC soon and it could arrive with a PS4 version. The game was first rated by PEGI for the PS4 and then showed on the Game Rating Board for Taiwan as well.

We can now confirm that the name of the first DLC for Godfall will be Fire & Darkness. This has been rated by PEGI For PS4, PS5, and PC. It was also rated in Germany but the rating has been pulled quickly so it leads to a 404 Error. 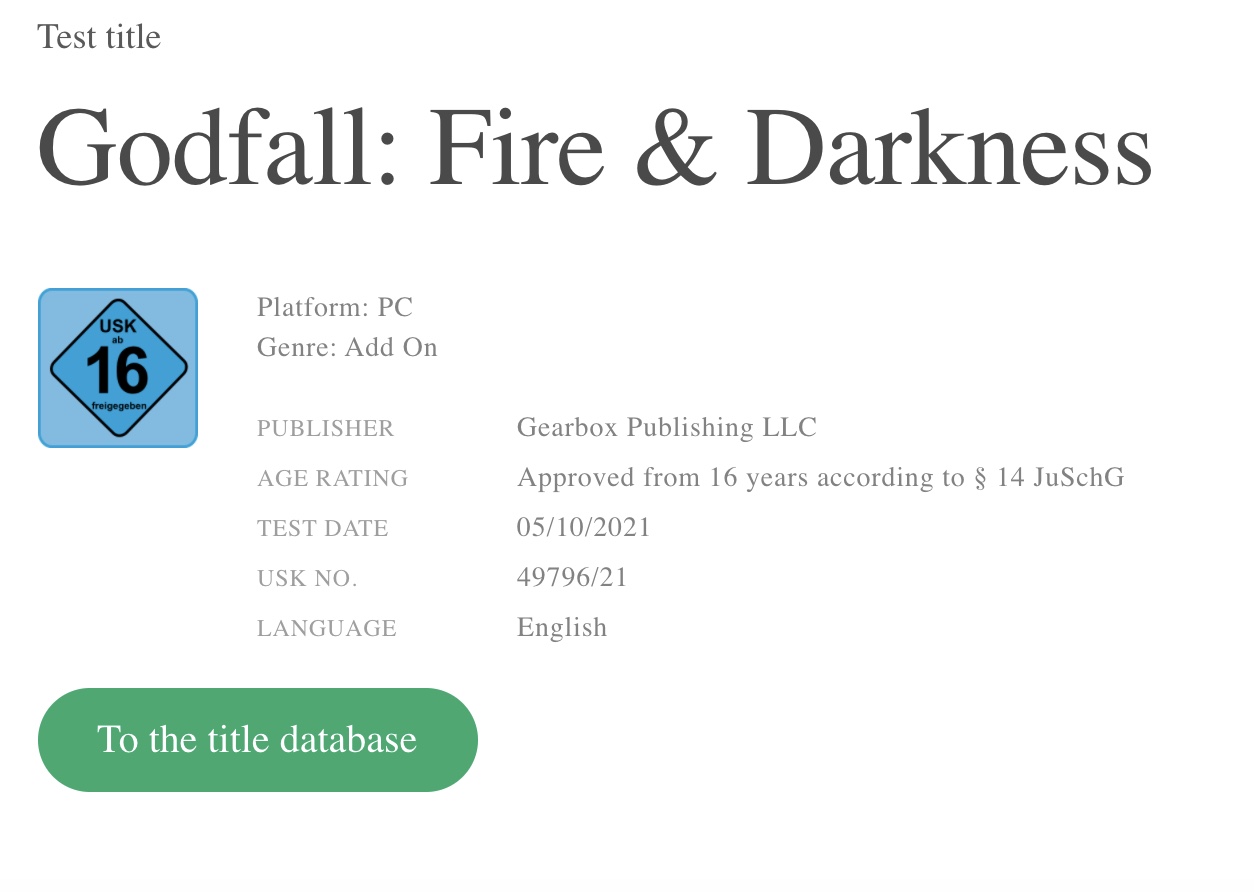 Here is a description of the game that was shared by PEGI.

This game contains frequent depictions of realistic looking violence towards human-like and fantasy characters. Characters let out grunts of pain and stagger backwards when attacked. When a character is defeated, blood splatters onto the surroundings and their body falls limply fall to the floor, where they then disintegrate into bright coloured flecks. The majority of the violence is inflicted using weapons such as swords, hammers and axes. However, some firearms and spells are used as well. Regardless of the type of weapon used, the reaction to the violence remains the same.

Godfall is currently available for the PC through the Epic Games Store, and for the PS5. The developers still haven’t officially confirmed a PS4 version but based on the multiple ratings, it is surely coming at some point.

PS5 Exclusive Godfall Has Been Rated For PS4 by PEGI
Salal Awan April 24, 2021

Here’s What Is Included In Godfall Challenger Edition

PS5 Exclusive Godfall Has Been Rated For PS4 by PEGI