Eidos Montreal is working on a brand new IP, and there is no new Deus Ex game in the pipeline for the foreseeable future.

According to Bloomberg’s Jason Schreier, the game that is furthest in development at Eidos Montreal right now is a fresh IP. He added that if the studio does indeed release a new Deus Ex game, it won’t be for a very, very long time. 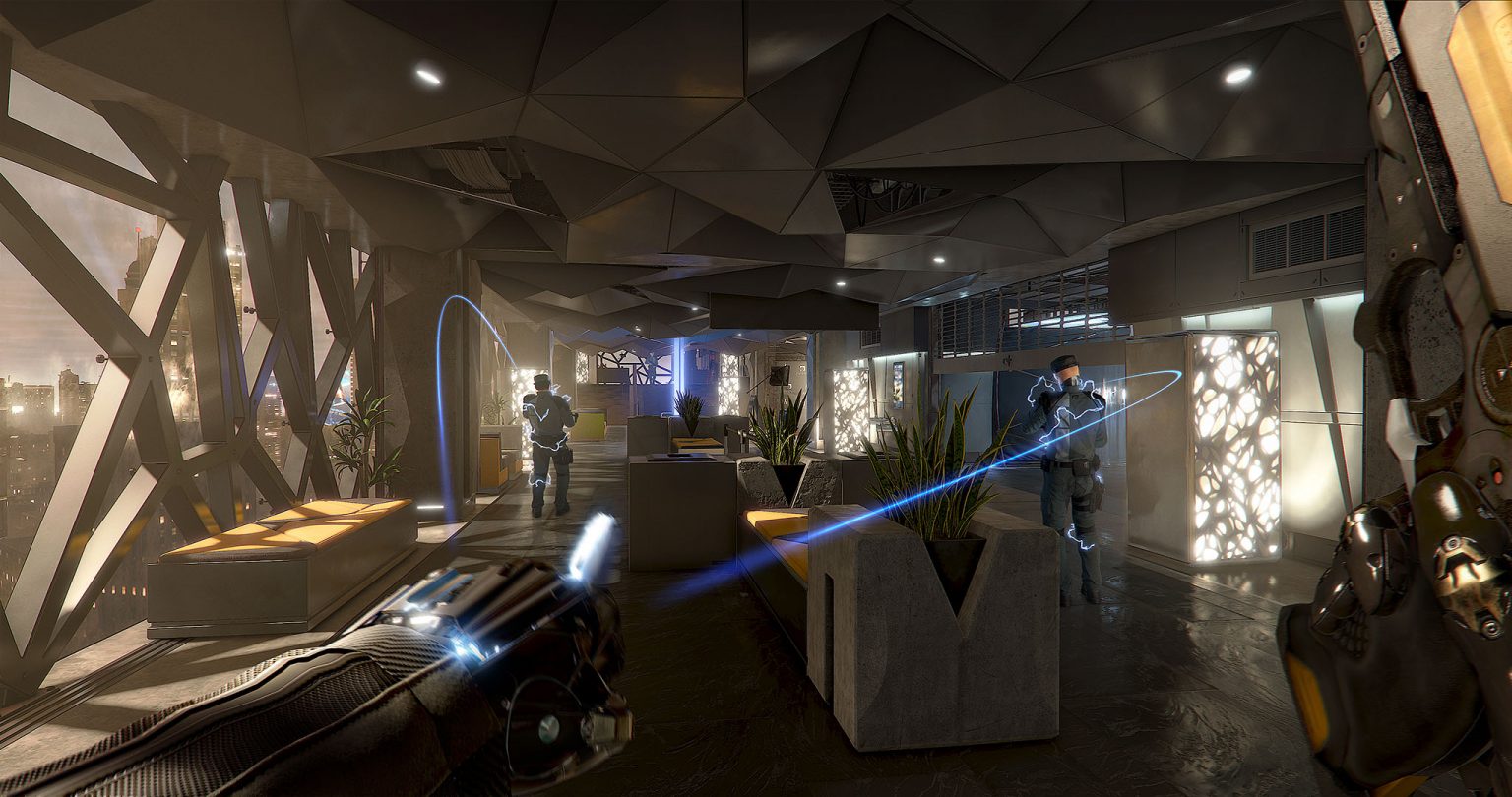 Jason revealed these details in a post on the forum Reset Era, in which he asked Deus Ex fans to keep their expectations in check, implying that a new Deus Ex game will not be happening for a very long time.

Meanwhile, Jeff Grubb revealed that Eidos is interested in returning to the Deus Ex series at some point, and is looking to “do what Cyberpunk 2077 couldn’t”. Grubb further clarified that a Deus Ex game is what Eidos Montreal wishes to make after Embracer’s deal will conclude. He added that making such a game would have been an impossible undertaking under Square Enix.

It’s no secret that CD Projekt’s ambitious title didn’t live up to its pre-release hype for a multitude of reasons. It’s likely that Eidos Montreal envisions an open world Deus Ex game with complex game systems as its next project. For now, however, the studio is busy with its brand new unannounced project.

Eidos Montreal’s previous game, Deus Ex Mankind Divided, is an action RPG available for Microsoft Windows, PlayStation 4, and Xbox One. It is a follow-up to the 2011 video game Deus Ex: Human Revolution and the fourth main installment in the Deus Ex series. Gameplay includes first-person shooting, stealth, exploration, and other role-playing aspects. The game set in a fictional take on the city of Prague. In addition to the main campaign, the game also features a challenge mode called Breach, which takes place within the cyberspace.

Guardians of the Galaxy PS4 vs. PS5 Comparison: What is The Major Difference?
Salal Awan November 3, 2021

Marvel’s Guardians of the Galaxy Review – A Fun-Filled Trip Through the Galaxy
Muhammad Ali Bari November 2, 2021

Guardians of the Galaxy Ray-Tracing vs. Quality Mode Comparison

Guardians of the Galaxy PS4 vs. PS5 Comparison: What is The Major Difference?